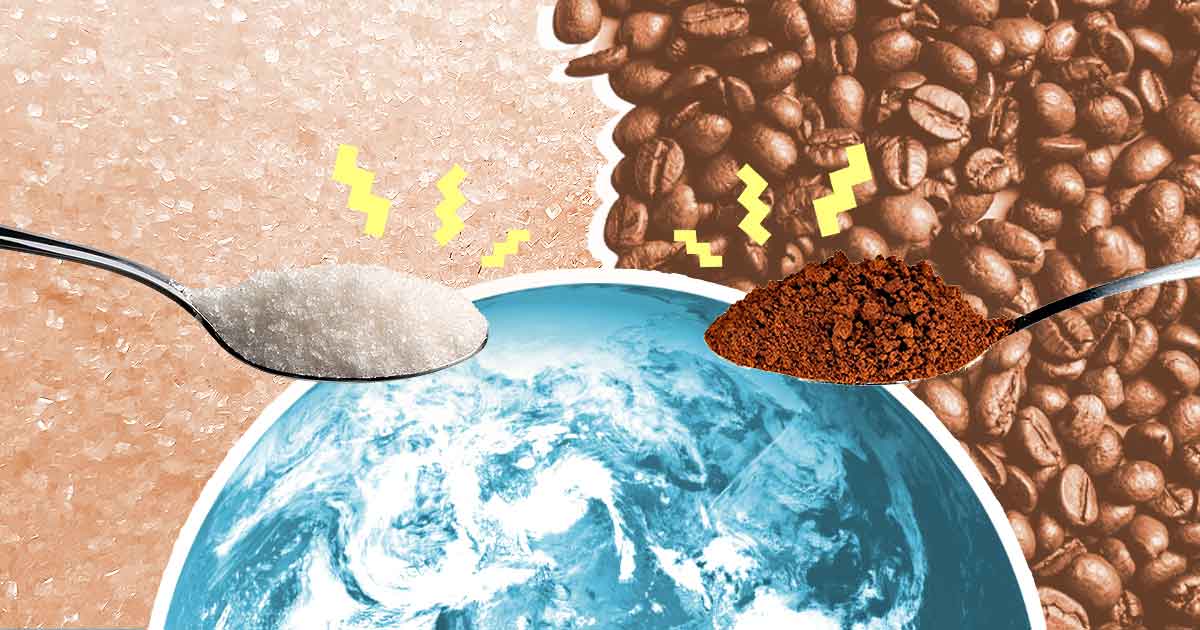 Of all the things you think climate change would affect, you’d never expect sugar and coffee.

According to a report by the Stockholm Environment Institute, coffee and sugar production could be cut down to as much as 59% due to the ongoing climate crisis. Wheat production, on the other hand, is expected to increase 13.9% as temperatures continue to warm.

Lead author of the report, Kevin M. Adams, said that global agricultural production is “threatened” by climate change and that countries can “unwittingly import or export” those risks to their trading partners.

He stated that through the COVID-19 pandemic, it became apparent that global supply chains and international trade are inextricably linked.

“As we anticipate increased impacts due to climate change, the global community needs to come together to assure market stability and allow food to be purchased at affordable prices, or risk social upheaval and new geopolitical challenges,” he wrote.

Furthermore, the research found that the U.S., China, and Brazil are “significant sources of climate risk for global commodity markets.” Importers who depend on trade from those countries may soon see trouble, as long-established trade flows will be disrupted.

Hard-hit nations could include those in Central and Latin America and the Caribbean, where U.S. imports are vital. Many countries in Asia and Africa could also be affected, as they regularly import food from China.

Meanwhile, Russia and Canada could potentially increase their output of corn, soy and rice, though it would mean that growing areas would have to relocate within those countries, according to the authors.

Despite the increased agricultural production, researchers say that it will not be enough to offset risks elsewhere.

The report comes ahead of next month’s United Nations COP26 climate summit in Glasgow, where governments and policymakers will strategize on how to further tackle climate change.