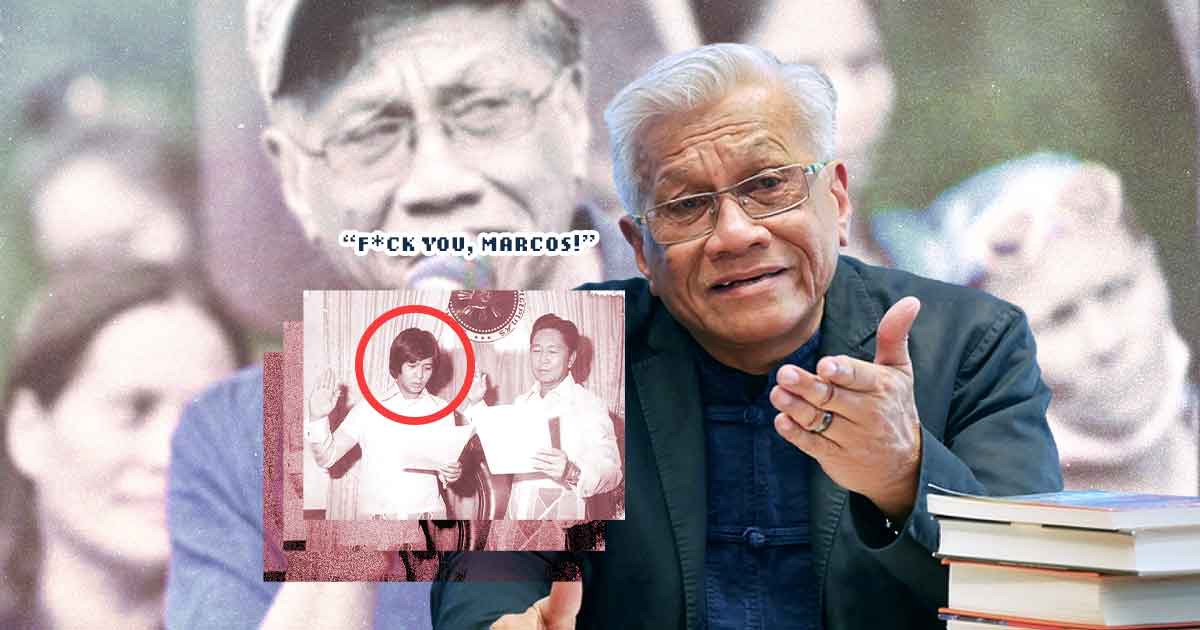 Typically, going on live TV requires some practice in prudence to avoid unplanned slip-ups. However, during the now-viral interview featuring Walden Bello on Thursday night, the vice-presidential aspirant meant every word he threw to Bongbong Marcos, the scion of the late dictator Ferdinand Marcos — even the explosive F-bomb.

On ANC’s After the Fact, host Christian Esguerra asked guests Bello and his standard-bearer, labor leader Ka Leody De Guzman about how they plan to work with legislators who are part of long-standing political dynasties representing the “same old interests.”

Bello then went into a lengthy tirade that saw him lambasting most of the incumbent politicians who are seeking the presidency in 2022, and blasting one Bongbong Marcos, also a presidential aspirant, along the way.

“These guys are jokers. Especially the biggest joke of all is Bongbong Marcos,” Bello brazenly stated. “This is a family that has raped the country. It has not apologized to the country and he now wants to rape the country again. F**k you, Marcos!”

Watch the entire interview below:

Shortly after the interview, Bello took to Twitter to say that he did not regret cursing at the younger Marcos “on primetime TV.”

But it’s not just the late dictator’s son that Bello spewed vitriol towards. He also took jabs at the other presidential candidates in 2022, namely senators Manny Pacquiao and Panfilo “Ping” Lacson as well as Manila Mayor Isko Moreno.

“Alam mo si Manny Pacquiao, co-chair ko ‘yan sa overseas workers affairs committee sa Congress. For five years, sumipot lang ‘yan sa isang meeting, okay? At hindi niya alam kung ano’ng gagawin niya. I gave him instructions [on what] to do doon sa meeting itself. Can you trust a guy who doesn’t show up for work for five years? Iniwan sa akin ‘yung trabaho,” Bello said about Pacquiao, who is notorious for being the top absentee among lawmakers during the 16th Congress as the representative of Sarangani.

A former party-list lawmaker of Akbayan and a long-time activist, Bello announced his bid for the vice-presidency on Wednesday, aligning himself with De Guzman’s Partido Lakas ng Masa. He says that his campaign is a bid to stop “the Marcos-Duterte axis of evil.”

During the same interview, Bello described his alliance with De Guzman as founded in “blood, sweat, and tears,” unlike other “foolish politicians” like the younger Marcos.