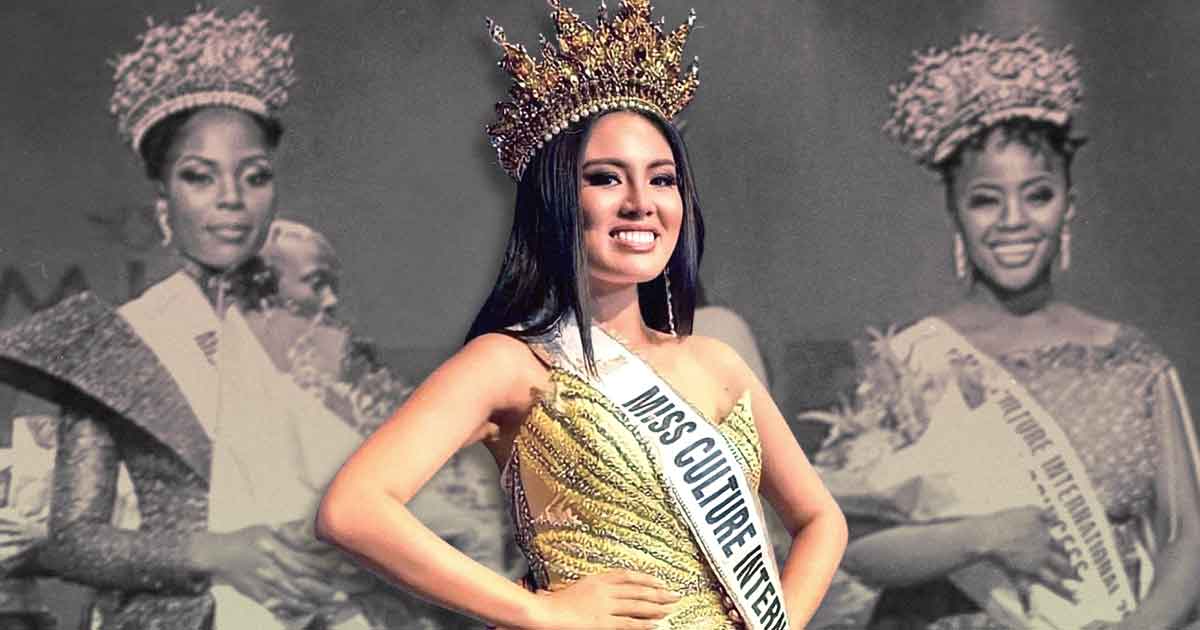 The Samar beauty snagged the crown during the Africa-based pageant’s coronation night this month.

Amidst all the hype that came with the highly-anticipated Miss Universe in Israel, one Filipina stunner managed to snag a pageant title in another part of the world: Samela Aubrey Godin, a Samar native, won Miss Culture International 2021 and brought home the country’s first-ever title by the Africa-based pageant.

Godin came out as the winner from a pool of 35 candidates during the pageant’s coronation night held last December 5 at Gold Reef City Lyric Theater in Johannesburg, South Africa.

Designed by Jomar Peralta, her outfit was named after Pag-Asa, the first-ever Philippine Eagle bred and hatched in captivity.

“I feel blessed and honored to be able to represent our country in an international pageant,” Godin said of her victory during an exclusive interview with Rappler. Coming here to South Africa, my mindset was to just enjoy and not pressure myself too much. Until now, I still can’t believe it.”

Godin was joined at the podium by Miss Zimbabwe, who won first runner-up, and Miss Lesotho who finished as second runner-up.

A contestant at this year’s Miss World Philippines 2021, Godin reached the Top 24 of the pageant, which was eventually won by Tracy Maureen Perez. Perez is now in Puerto Rico where she successfully secured a spot in the Top 30 of the Miss World pageant.

Godin, who works as a special education teacher and an event coordinator, hails from Jiabong in the province of Samar. As an educator, she believes in teaching the children about preserving the ecosystem as she hosts various events and activities for the same.

“I want my journey in MCI to be an inspiration to every Filipino that amidst the pandemic there are still good things that can happen in our life,” she added.

Operating from Cape Town, South Africa, Miss Culture International is a platform that aims to empower and showcase beauty and fashion talent globally, to unite people from diverse cultures, learn from each other, and celebrate different cultures.