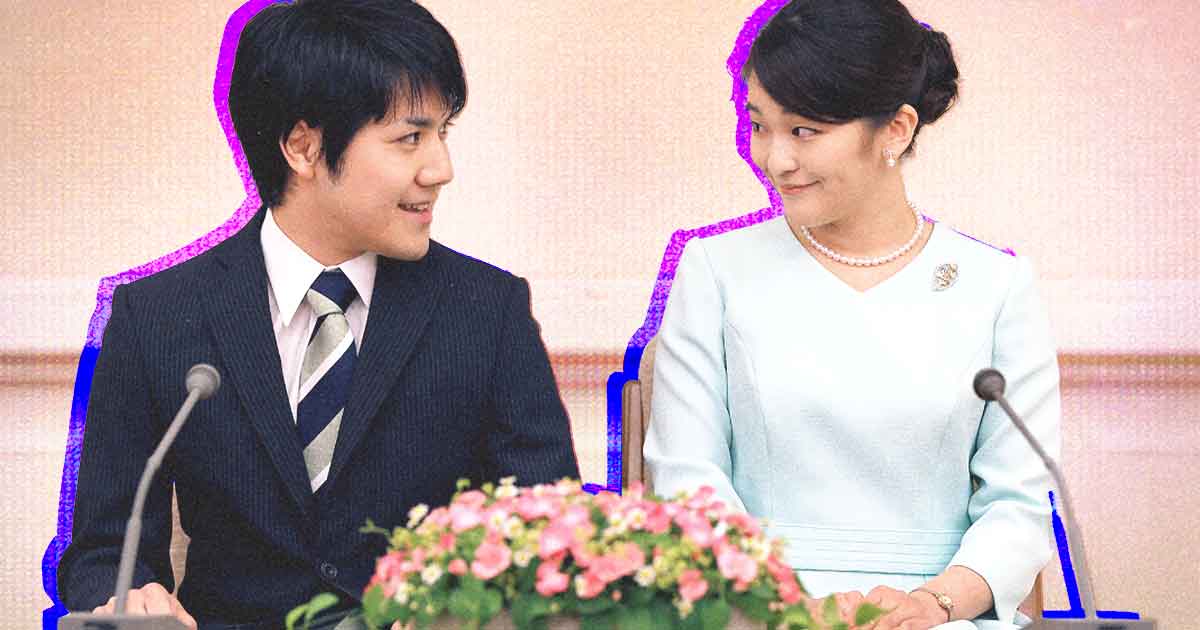 Princess Mako of Japan has finally tied the knot with her non-royal boyfriend, Kei Komuro, officially marking her departure from the Japanese royal family.

On Tuesday at around 10 a.m., the pair registered their marriage at the local ward office. Mako has notably skipped the traditional royal wedding rites and declined a payment offered to royal females upon leaving the family; this makes her the first female member of the royal family to turn down both.

The newly wedded couple are reportedly settling down in New York, where Komuro works as a lawyer. The choice move has drawn comparisons with British royal family members, Harry and Meghan, who also decided to leave the royal family in the U.K. and settle for a new life in the U.S.

Much like their British counterparts, both Mako and Komuro have been subject to intense public scrutiny after announcing their engagement in 2017. Many Japanese citizens disliked that Komuro was a “commoner,” born to a single mother who was allegedly caught up in a financial scandal for not returning money borrowed from her former fiancÃ©.

While Komuro disputed the claims, the couple was still subject to harsh criticisms and judgement from the general public. It came to a point that Mako had developed PTSD, or post-traumatic stress disorder, according to the palace.

Princess Mako’s psychiatrist, Tsuyoshi Akiyama, director of NTT Medical Center Tokyo, told media at the Imperial Household Agency that the princess felt “pessimistic” and found it “difficult” to feel joy due to the “persistent fear of her life being destroyed.”

Despite the controversy, the couple continued their plan to get married and attended a press conference on Tuesday to address the event. “I am very sorry for the inconvenience caused and I am grateful for those…who have continued to support me,” she said. “For me, Kei is irreplaceable – marriage was a necessary choice for us.”

Komura declared, “I love Mako. We only get one life, and I want us to spend it with the one we love.”

“I feel very sad that Mako has been in a bad condition, mentally and physically, because of the false accusations,” he added.

The last royal family member to leave the Japanese royal family was Mako’s aunt, Sayako, the only daughter of Emperor Akihito. She also married “commoner” Yoshiki Kuroda in 2005.