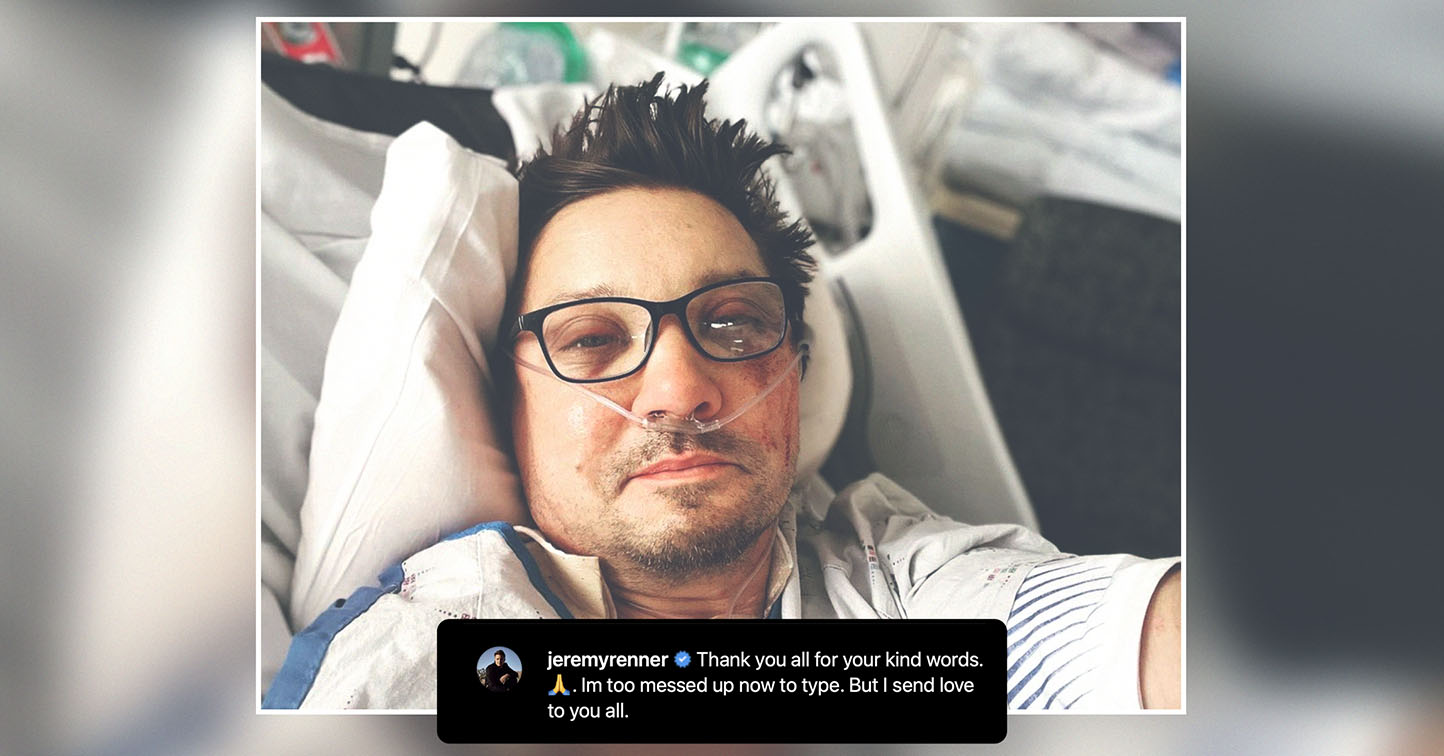 Hawkeye’s definitely going to get through this!

According to Washoe County Sheriff Darin Balaam, Renner was helping a family member when the accident happened.

Giving details about the incident, the Sheriff says, “Based on our investigation, Mr. Renner’s vehicle, which a family member was driving, had become stuck in the snow near his home. Mr. Renner went to retrieve his Sno-Cat. It is a large piece of snow removal equipment weighing at least 14,330 pounds to get his vehicle moving.” However, after getting out of the vehicle, the truck started to roll.

Sheriff Balaam continues, “After towing his truck from its location, Mr. Renner got out of the vehicle to speak to his family member. At this point, we observed that the truck started to roll. To stop it from moving, Mr. Renner attempts to get back into the driver’s seat. Based on our investigation, it’s at this point that the Sno-Cat runs over Mr. Renner.”

An eyewitness described Renner climbing into the vehicle and then not seeing him again until it stopped in a snowdrift in front of his driveway.

“We do not suspect any foul play,” Sheriff Balaam stated, believing that what happened “was an unfortunate accident.”

CNN reports that, according to a source close to the actor, he has so far went through two surgeries to address his injuries.

On Tuesday, January 3, 2023, Renner posted an Instagram update, thanking fans from his hospital bed. His post relieved many fans seeing that their favorite Avenger is recovering.

“Thank you all for your kind words. I’m too messed up now to type. But I send love to you all,” Renner captions his selfie.

Samantha Mast, Renner’s publicist, released a statement on Tuesday for an update about Renner’s recovery.

The statement notes, “Jeremy is making positive progress and is awake, talking, and in good spirits. He remains in ICU in critical but stable condition. He is overwhelmed by the showing of love and support. The family asks for your continued thoughts while he heals with his close loved ones.”