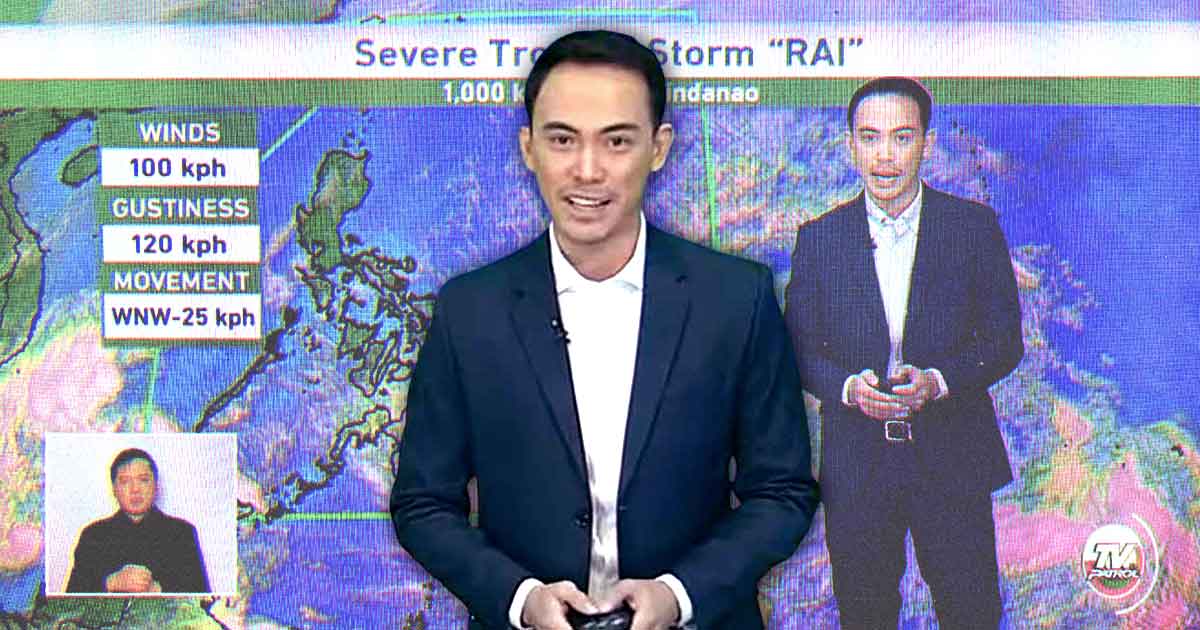 The name Ariel Rojas might not ring as many bells as those who came before him, but ABS-CBN’s new resident meteorologist is perhaps the most qualified ever.

Rojas made his debut during the Monday broadcast of ABS-CBN’s TV Patrol where he delivered his first live weather news report. He was introduced by resident anchor Henry Omaga Diaz, who highlighted Rojas’ vital role in light of Typhoon Odette.

Rojas replaced “Kuya” Kim Atienza, who transferred to GMA-7. Atienza fulfilled the role for over 15 years before changing networks. Before Atienza, the position belonged to veteran broadcaster Ernie Baron, who had served as the show’s resident meteorologist since the show premiered in 1987.

With Rojas’ introduction, ABS-CBN now gets its weather report straight from the source, so to speak. Before entering the newsroom, Rojas first served as a weather specialist of the Philippine Atmospheric, Geophysical, and Astronomical Services Administration or PAG-ASA for four years. He also holds a Master’s Degree in Meteorology from the University of the Philippines, a program which he undertook as a PAG-ASA scholar.

In an article by ABS-CBN welcoming the new weatherman, Rojas revealed that his passion for bringing timely weather reports comes from the need to make Filipinos aware and to prevent casualties, especially in far-flung areas.

“Minsan, hindi natin na-appreciate ’yung ibang weather systems kasi hindi tayo naapektuhan. Nagti-tweet lang ang tao na ‘Baha!’ o ‘Walang pasok!’ kapag directly affected tayo. But for other people in other parts of our country, it could be life or death. It made me realize how important my job was. Binigay Niya (God) sa akin ’yung perspective na: ‘Take your job seriously, kasi people’s lives depend on you.'”

“It’s all about safety. That’s where I find meaning in meteorology,” he added.

After Rojas’ first outing in TV Patrol, his colleagues on the news program expressed their warm welcome for the new weatherman. On Instagram, Bernadette Sembrano and Karen Davila received Roxas fondly. Davila even shared that Roxas’ father welled up seeing his son on screen for the first time.

Rojas’ response to the welcome was likewise amiable. On Twitter, he thanked his new colleagues for the smooth start of the show.