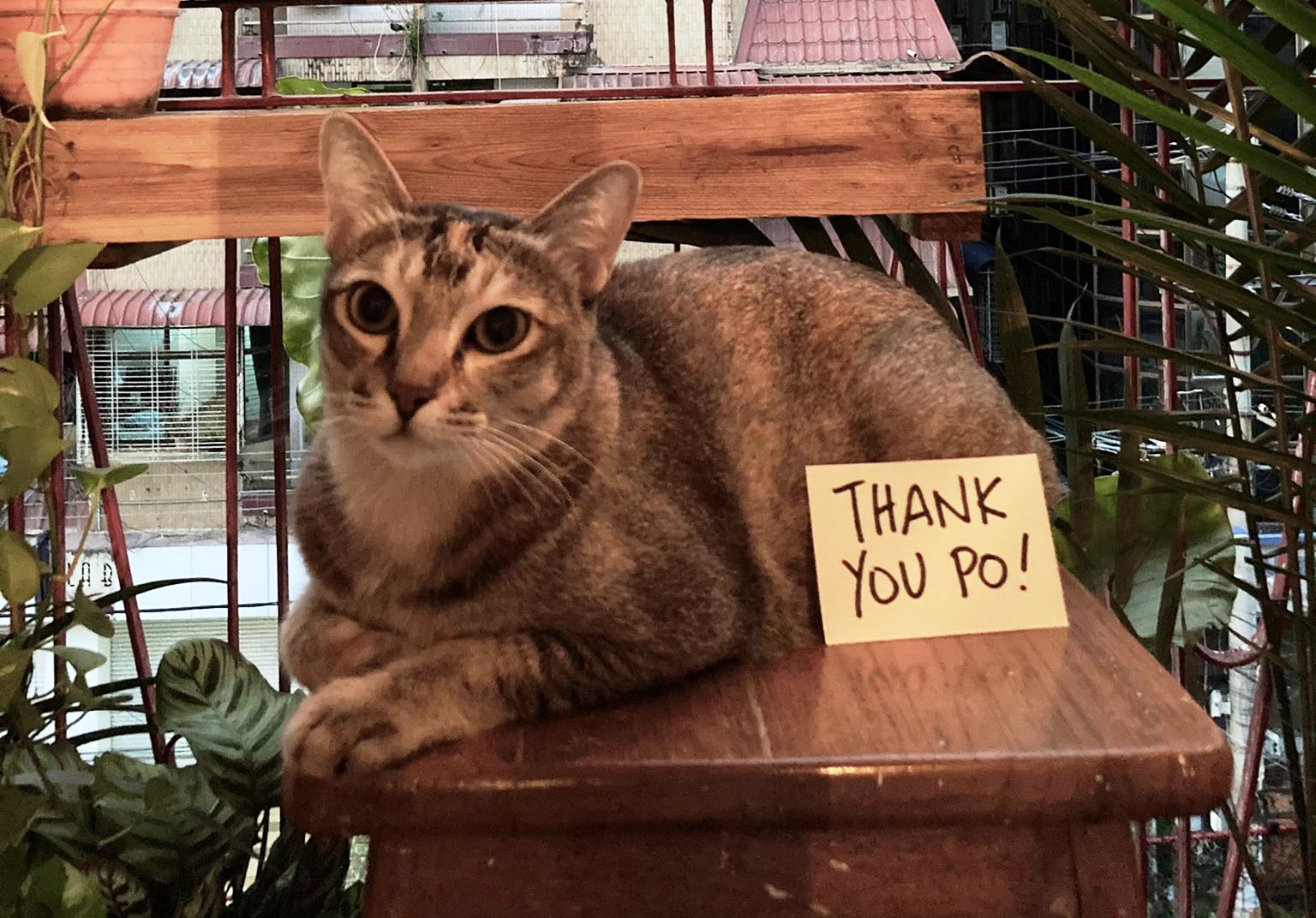 A tweet later, a cat stuck in Myanmar finally gets to fly home to the Philippines!

That’s all it took for Jon Snow White, a domestic short-haired cat, to make history as the first pet to be repatriated to the Philippines amid the ongoing COVID-19 pandemic.

It was a tall task, though. Per Manila Bulletin, Karen Vinalay, a Myanmar-based art director and Jon Snow White’s owner, initially had to request the Philippine Embassy in Myanmar to let her bring her feline friend aboard the rescue plane dispatched by the Philippine government to repatriate distressed and stranded Filipinos from the ongoing civil unrest in Myanmar last May 24.

Vinalay’s request was denied, which led her to bring up her concern to Department of Foreign Affairs Secretary Teodoro Locsin Jr. by posting her request letter on her Twitter page and tagging the foreign affairs minister.

“It pains me when the Philippine embassy here denied my request together with the other Filipinos working here to bring our pets with us in the rescue plane that the government will be providing,” Vinalay wrote.

“Maybe they have less appreciation on the importance of pets for people who have been away from home just to make a living in a foreign land. For us, pets add life to our lonely life when homesickness sets in from time to time. My pets helped me get through the struggles and adjustments in a foreign land. As I said, my pet is my family here, my one and only family.”

Vinalay’s request quickly caught the attention of Locsin who responded just hours later. He instructed the Department of Foreign Affairs to call the embassy in Myanmar and say to the latter the magic word: “CAT,” which he also deems as family.

Following Locsin’s thumbs-up, Vinalay was finally able to bring Jon Snow White back home onboard a chartered Philippine Airlines sweeper flight, together with 54 other overseas Filipino workers from Myanmar, Cambodia, and Thailand. They safely landed on May 29.