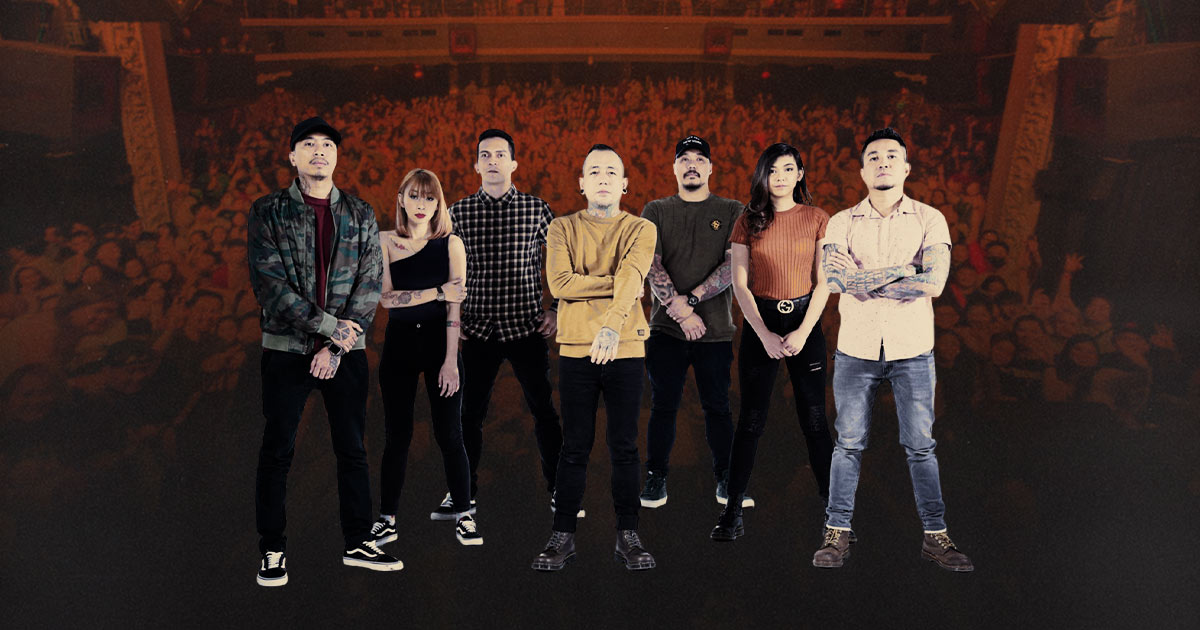 Ryan ‘Gon’ Forte gives us a quick glimpse of life as a drum technician.

A band is composed of a vocalist, guitarist, bassist, keyboardist, and drummer. Every band has a roadie on standby hidden in plain sight. They are the unsung heroes who keep disasters from happening at gigs. They see to the band members’ needs, making sure that a band finishes its set well.

One of these roadies is Ryan Forte, AKA Gon. He has been working with Kamikazee since 2011.

These days, Gon is in charge of the technical setup for Kamikazee’s drummer, Allan Burdeos. His responsibilities include arranging and looking after Allan’s equipment. In this FreebieMNL exclusive, he shares his experiences as a drum technician.

Gon entered the world of music in 2009 when he sang backup for a groove metal band with friends. He started listening to Kamikazee before he started working for them. But in those days, he was a bigger fan of Slapshock. Things changed when Kamikazee’s “Narda” dropped. That was when he delved deeper into their discography.

Gon was an avid gig-goer back in the day, too. Along with his friends, he used to go to underground venues like Freedom Bar. Because of that, he became a roadie for the metal band Pentavia.

Gon quit the roadie life in 2015 to focus on other things. But he came back and is still Kamikazee’s personal drum tech to this day.

That was why the main challenge for him was figuring out what to do as a drum technician. It took him seven months to learn the ins and outs of his job. Drum sets take time to be set up, as they have a lot of parts. That’s why he took to labeling the equipment.

One doesn’t need to be the best, but Gon says roadies should have an ear for music. They should also make sure that the drummer is at ease all the time.

Gon might look easygoing when working; he’s someone who greets everybody with a smile. He says that means things are already “OK” with the band. Because before he grins, he makes sure of that.

His job is to ensure that nothing falls when a drummer is playing throughout the set. Gon adds he needs to stay alert during gigs. Eye contact with the member he’s working with is a must, as is being professional. If you’re not a pro, well, fake it till you make it.

Perks of being a roadie

Being a roadie is a big help to Gon, especially since he’s the breadwinner of his family. He’s thankful to be part of the band as a roadie and says this is because Kamikazee’s members are kind and lovable.

He adds that being a roadie gave him a chance to go to different places like Dubai. He’s also met a lot of people. But most importantly, the roadie life gave him purpose.

Apart from Kamikazee, he also does tech work for the band Vie. On a daily basis, he is Allan Bordeos’ personal assistant.

For him, providing happiness—and being part of a band he likes—makes his work fulfilling.