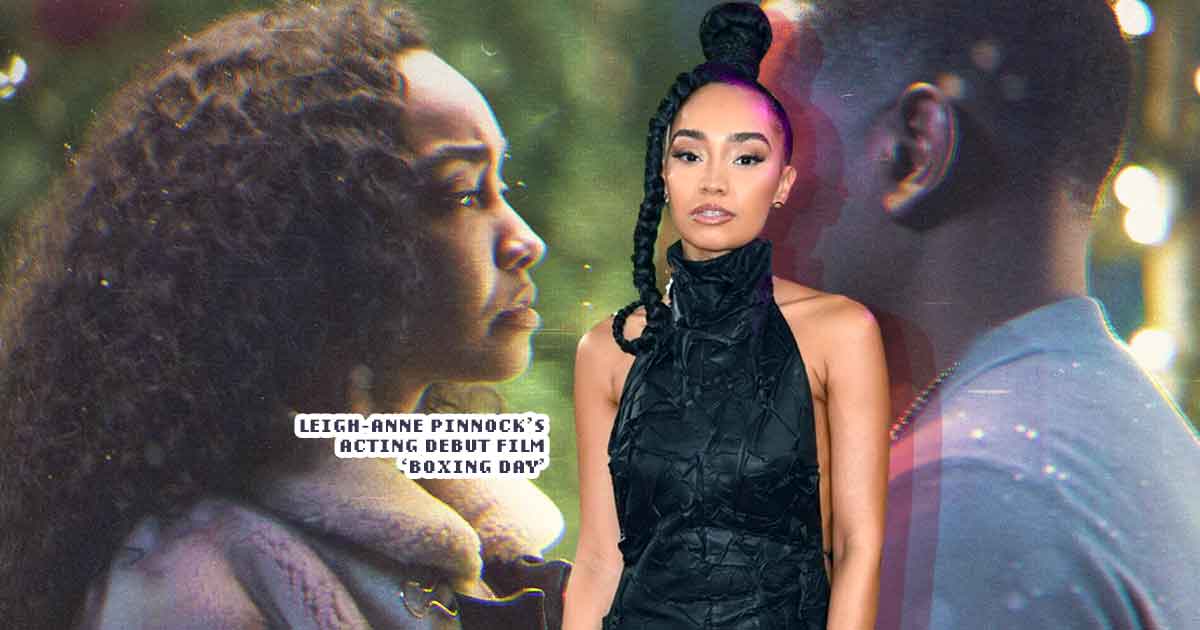 From welcoming her first baby, celebrating ten years of Little Mix, to starring in her first movie this year, Leigh-Anne Pinnock is on a roll!

The new mom attended the premiere of her movie, ‘Boxing Day” at the Curzon Mayfair Cinema on November 30, 2021. Leigh-Anne’s Little Mix co-members Perrie Edwards and Jade Thirlwall, as well as her fiancÃ© Andre Gray, attended the event to show their support for her.

“I am truly honored to have been able to be [a part] of this film but also truly proud, to witness the arrival of a film that celebrates black culture, black talent, and black love,” she posted on Instagram.

In an interview on Good Morning Britain, Leigh-Anne said that being part of the movie was “like walking into a whole new world.”

“I just remember when the opportunity came and the audition, I just couldn’t refuse it, like I had to do it,” she said. “A few auditions later and I’m starring in my first movie–it’s just incredible. And [with] an all-Black cast as well, the first of its kind. I’m just so proud to be a part of it.”

Written and directed by Aml Ameen, the romantic-comedy movie “Boxing Day” stars Aml, Leigh-Anne, and Aja Naomi King. It follows the story of Melvin (Ameen), a British author who returns to London from America in time for the holiday season. He also brings his American fiancÃ©e, Lisa (Aja), to meet his family back home. But when Lisa finds out about his past with a famous pop star named Georgia (Leigh-Anne), things get complicated between the engaged couple.

“[Aml] wrote this film not conforming to what society associates with black culture. We don’t always have to dominate films associated with crime and violence,” Leigh-Anne said.

“The spotlight really shines on us all so differently in this film and I can’t wait for you guys to witness it.”

Check out the trailer below: