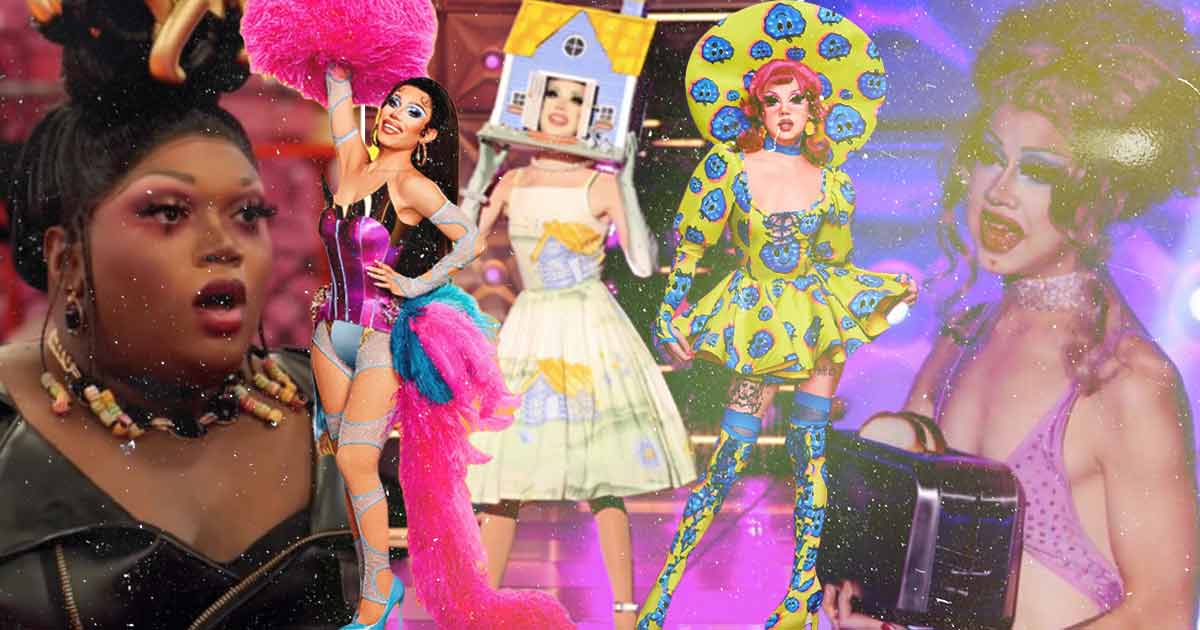 We were all left gagged and gutted, henny!

This season of RuPaul’s Drag Race may have been a long one, but we’re not complaining. It was no simple “sashay” in the park. All the queens gave us charisma, nerve, talent, and uniqueness.

That said, it wasn’t a perfect season. So here’s FreebieMNL‘s list of the best and worst moments.

For the first time in Drag Race herstory, the snatch game was an absolute flop. Not a single joke landed, except for Deja Sky’s hilarious depiction of Lil’ John. It was a disaster that resulted in a lipsynch extravaganza featuring all the queens. We gagged, but not in a good way.

This was the gagging RuVeal of the season. Talk about falling down and facing it like a man! After pretending to fall, she revealed a tribute to the late Freddie Mercury and his mustache. Legendary.

The queens were surprised when they realized Kornbread was MIA. Eventually, RuPaul revealed that Kornbread left the competition due to an ankle injury. Her departure left the fans and queens devastated, especially Willow Pill.

One of the funniest moments of the show was when the queens served comedy and acting. Kooky and crazy, they had everyone screaming “Maxine!” in this camera challenge.

It was sad to see her get eliminated without winning a single challenge. But what she wore during the glamazon design challenge was arts and crafts the house down boots!

To viewers, she seemed like the villain of the season. But she proved to us that she was misunderstood and deserved a place in the Top 5.

Maddy Morphosis was the first straight male drag queen in the show’s history. She didn’t like RuPaul’s decision to out her in front of the other queens in the workroom. Whether you’re gay or straight, only you can decide if you’re ready to come out. Not so fierce, Mama Ru.

BEST: Catwalk by RuPaul and the cast of Season 14

On-the-spot choreography, a fabulous music video, and catchy lyrics. This cast proved they all deserved the crown. They served face and body-yody-yody on RuPaul’s latest song, “Catwalk”.

Ever since the 2018 Met Gala, the standard for “Holy Coture” has leveled up. The queens? Not so much. Judges and fans alike were underwhelmed by what the queens showed. It just wasn’t giving.

RuVeals are no stranger to lipsynch finales, but oh man did these queens serve! Willow snatched the crown by being her most authentic self. That earned her the title of America’s Next Drag Superstar.

WORST AND BEST: The World vs. Bosco

Bosco is gorgeous and phenomenal, but after flopping in the Moulin Ru the Rusical Challenge, she faced heavy critique from the judges and the other queens, all of whom voted for her to go home. After facing lip-synch assassin Jorgeous, the drag gods gave her a second chance by holding the golden chocolate bar. Werk!

This list was difficult to make because this season was definitely a serve. But for us, these were the best and worst moments of RuPaul’s Drag Race Season 14. Do you agree?