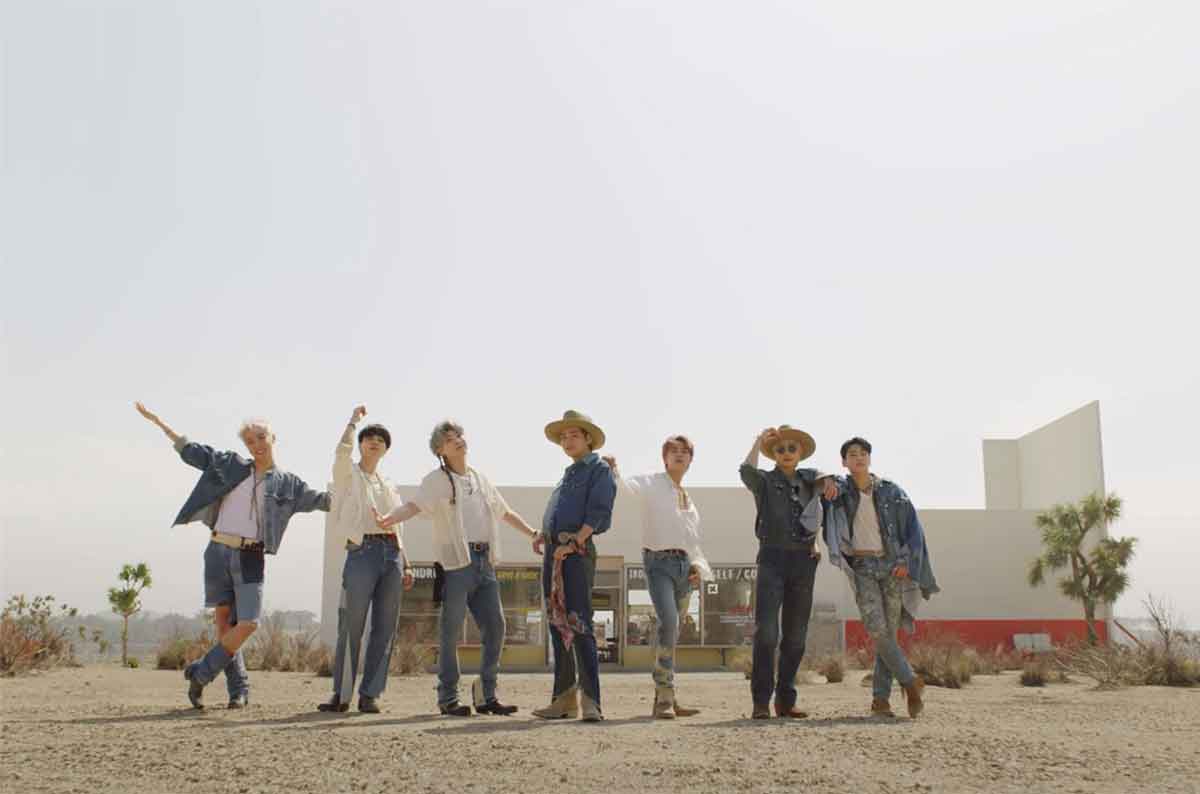 ‘Permission to Dance’ Is BTS’ Newest Happy Pill for Fans

Another all-English smash hit in the making, BTS’ newly released “Permission to Dance” dropped all over streaming platforms on July 9 in celebration of ARMY day, the day the band’s fandom officially came to life.

The song, co-written by none other than Ed Sheeran, is the epitome of joy and pop delight with its surprisingly relevant message and vibrant visuals. As a hopeful painting of a soon-to-be future of life after COVID-19, the song contains uplifting lyrics like, “‘Cause when we fall, we know how to land,” and “‘Cause there’s no looking back/There ain’t no one to prove” that aims to comfort listeners who’ve suffered during the pandemic and bathe them in a ray of pure positivity.

In the video, the group chose to go Western, donning cowboy boots and hats as purple balloons (the trademark color of BTS) can be seen floating around in various scenes.

If you look closely, you’ll see that this isn’t just another run-of-the-mill bubblegum pop song. BTS paid particular attention to service workers, featuring a janitor, waitress, and postal worker among a pretty diverse cast, dancing away to the song’s catchy tune.

The last minute of the video highlights this concept; the crew behind BTS, from the stylists to the makeup artists to choreographers and staff, were shot happily dancing along to “Permission to Dance” with the seven-member boy band.

The scene showed off a standout sense of community and appreciation for the people who work behind the scenes to keep everyday life going, for both BTS and everyone else. And while it may seem like a small gesture, it does say a lot about who the group is.

There’s also the sign language. The K-pop sensations touched a different demographic altogether when they could be seen signing the words to “dance,” “fun,” and “peace” as a main part of their choreography.

Many fans were quick to appreciate the action, giving accounts of deaf family members who were able to understand the song despite not being able to hear it.

It’s a dimension of inclusivity that not many artists have touched upon.

To those unfamiliar to BTS, the band has always put thought behind their songs like this. Tracks like “Black Swan” talk about the fear of losing one’s passion while “Anpanman,” based off the Japanese superhero named Anpanman, details the band’s commitment to being a sort of everyday “hero” to their fans.

In all actuality, the basis of their artistry has been consistently purposeful, to both ARMY and themselves. It’s not a surprise that their newest song also carries a message, albeit a lighter, more hopeful one.

Long story short, “Permission to Dance” delivers the pleasure of a genuinely feel-good, meaningful track that also pulls off inclusivity in the best way possible. Make sure to check out the song on all major streaming platforms now and keep watch for their performance on The Tonight Show Starring Jimmy Fallon on July 13-14!