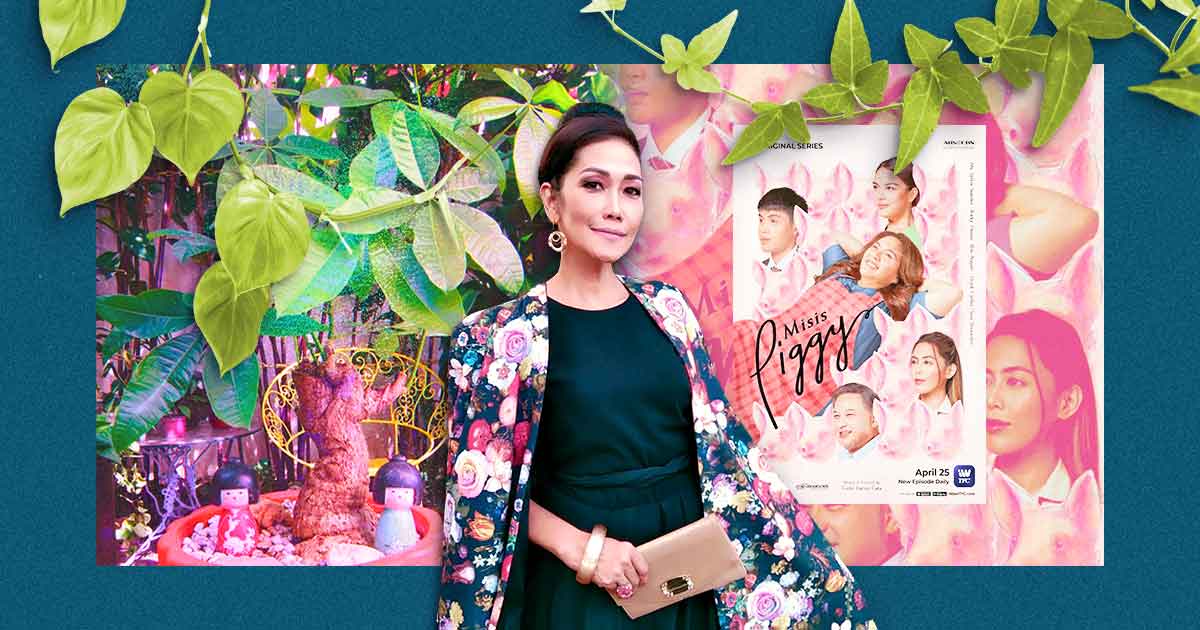 The pandemic has not been easy for actors, even those who laugh for a living.

Actor, teacher, entrepreneur, stand-up comedian; there’s nothing Rubi-Rubi can’t do! You may know her from movies like I Think I’m In Love (2002), Mula Sa Puso (2011), and The Gifted (2014). She has also been in countless teleseryes as well.

These days, you can catch Rubi-Rubi on iwanttfc’s Misis Piggy. In the six-episode series, she plays Wena David, the BFF of Sylvia Sanchez’s character.

On the ‘Misis Piggy ‘ set

She’s no stranger to film sets. But in an exclusive FreebieMNL interview, Rubi-Rubi revealed that she’s actually very shy.  As such, she was nervous to meet and work with the show’s all-star cast. But when filming commenced, she realized being with them was “easy breezy.”

(“I’ve worked with Sylvia Sanchez before. She’s such a nice actress and person. She’s still like that today!”)

Aside from her and Sylvia, the Misis Piggy cast includes Elijah Canlas and Iana Bernardez. Sylvia’s real-life daughter Ria Atayde plays one of her children. Veteran actor Ricky Davao rounds out the group.

According to Rubi-Rubi, the cast is generous in many ways. Sylvia often treated everyone to brunch. They also spent time talking to each other when the cameras weren’t rolling. They became a real family while filming this family drama from Dreamscape.

That aside, she’s very thankful ABS-CBN gave her the opportunity to act again. This show is her first project after the pandemic began.

The comedienne says the pandemic put a damper on things. The acting classes she teaches and everything else she was working on shut down.

She eventually resumed teaching at Star Magic Workshops, but that was also challenging. Learning and teaching online was quite new to her and she had to make a lot of adjustments. But Rubi-Rubi found comfort in her family, her plants, and social media.

(“The pandemic was hard because I lost my livelihood. Everything stopped. Aside from selling plants, I also learned how to make videos on TikTok.”)

TikTok became her creative outlet during the height of the pandemic. But now that things seem to be settling down, you can expect her to appear in more movies and TV shows.

For now, catch Rubi-Rubi on Misis Piggy and follow her on TikTok if you need a good laugh.