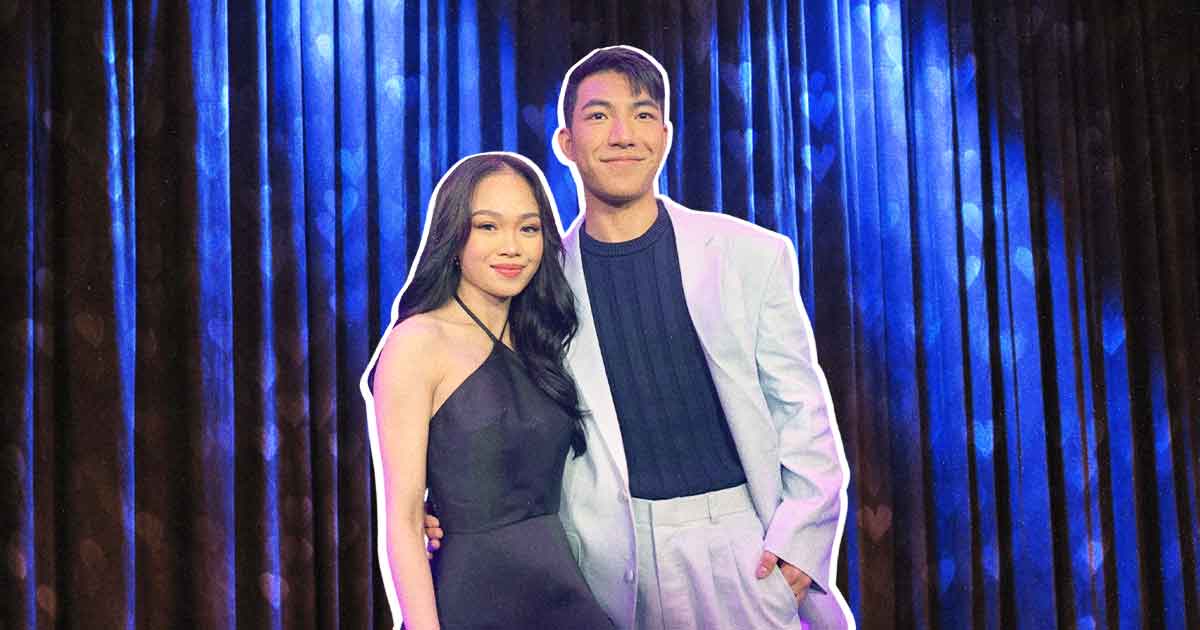 Darren Espanto And AC Bonifacio Admit To Liking Each Other Before

During a blogcon, these two shared something exciting.

Lyric and Beat is on its sixth episode. Fans can sense the chemistry between Jazz and Cadence. They’re played by Darren Espanto and AC Bonifacio. FYI, the spark between their characters stems from their real-life connection.

During the show’s blogcon, Darren revealed that he and AC did like each other once upon a time. They’ve known each other since they were in Canada. So it’s no surprise that they had something going on way back when.

AC also revealed that she also developed a liking for the singer. Surprising? Nope. Charm, personality, and talent are only some things that make Darren “boyfriend material.”

If you don’t watch the show, you wouldn’t know that their characters have a thing for each other. Being on rival performing teams makes their chemistry spicier.

Why Darren Espanto and AC Bonifacio never got together

Darren and AC revealed that what they had was quite complicated. They did like each other, but they were each other’s “go-to friend.” Ultimately, they decided their friendship was more important than a relationship. They didn’t want to risk losing each other if things didn’t work out between them.

That said, it’s undeniable that these two have chemistry. AC’s mother even acknowledged that Darren was “boyfriend material.” Darren adds that the future holds many possibilities. If fate wants them to get together, they will.

But if you’re up to date on their lives through social media, you know they’re both single. But, there have been rumors that Darren is going out with someone.

AC, on the other hand, is and will always be supportive of Darren and his endeavors. According to Darren, they are each other’s rocks. When things get too hairy for each of them, they can rely on each other to get back on track.

To get a load of the juicy chemistry between DarC, stream Lyric and Beat on iWantTFC now!