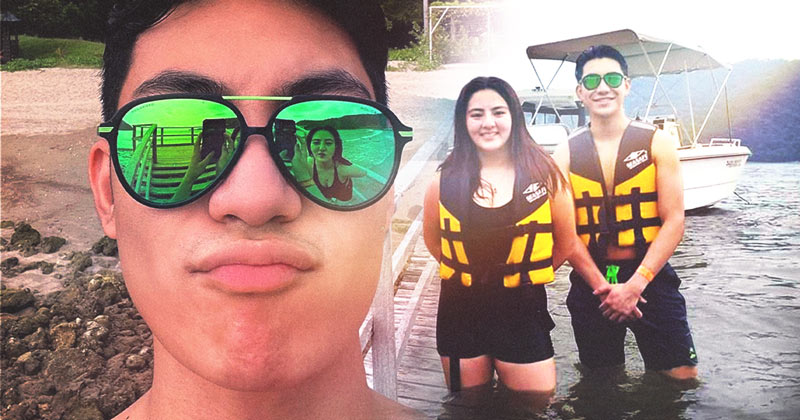 Darren Espanto Hangs Out With Cassy Legaspi In Nasugbu, Batangas

CassRen, long rumored to be more than friends, shared their trip on social media!

Fans freaked when Darren Espanto and Cassy Legaspi shared snaps from a recent trip! The young stars are reportedly more than friends.

Fun in the sun

In an Instagram post, Darren shared a few photos of him on the beach in board shorts and shades. The caption seemed innocent enough. “Throwin’ out the shade for a little bit of sunshine,” he wrote. He added two emojis: a person wearing shades and the sun.

The first few photos of the four-part post seemed casual enough. But the 4th slide revealed a surprise. It was a selfie Darren took with a familiar face reflected in his sunglasses. Netizens were quick to realize that it was Cassy.

Not long after, Cassy dropped a similar post on her own Instagram feed. In her case, it was a photo of her reflection in a pair of shades worn by a guy. A face mask obscured part of his face. But eagle-eyed fans immediately made the connection.

All about the Cassy Legaspi and Darren Espanto relationship

Rumors have been strong about the young stars for some time. Espanto is a singer, dancer, and actor under ABS-CBN. Legaspi is an actress under GMA-7. The two first met years ago on the noontime show ASAP. At the time, Cassy had yet to formally enter showbiz. She and her twin brother Mavy were only doing commercials.

Their friendship has blossomed over the years with the support of their families. Last July, Cassy’s father posted a video of what was apparently a surprise visit from Darren to their home. “@cassy sino itong D WHO….last night [shushing emojis] shhhhhhh,” he wrote. Cassy replied to Zoren’s post with crying emojis and “Tatay..”

RELATED: These Eco-Friendly Sun Protection Essentials Will Give Your Skin A Lovely Glow

Whatever is going on between Darren and Cassy, one thing is clear; they’re having the time of their lives!