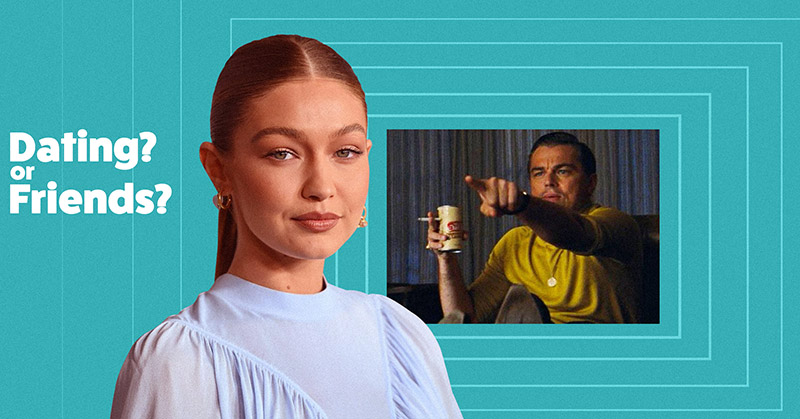 Leonardo DiCaprio, 47, is a renowned actor who’s famous not only for his work but also for his dating habits. Leo only dates women under 25. Whenever a woman he’s with turns 25, they break up. That’s why the news that DiCaprio is seeing supermodel Gigi Hadid, 27, shocked many.

They first met in 2019, and the rumor is they’ve been dating for a few months. Everyone’s been calling them “DiGi,” so we will too. DiGi recently went to an exclusive SoHo party with Darren Dzienciol and Richie Akiva. Both are old friends of DiCaprio’s.

“Leo was with his guy friends, and Gigi was with her model friends. They were all hanging out at a table,” says an unnamed source. He adds that everyone at the party enjoyed music by Diplo and a live performance by Kodak Black.

Another anonymous source says DiCaprio has been asking mutual friends about Hadid. They’re not in an exclusive relationship but have hung out several times. DiCaprio “wants to get to know” Hadid while she “is having fun with it” and “is not interested in anything serious.”

That’s understandable because Hadid has a lot going on right now. She recently walked for Vogue World and went to the Fashion Media Awards. She also debuted her apparel line Guest in Residence. Even so, she still found time to meet her new “friend.”

Gigi’s dad Mohamed Hadid recently commented on the rumors. “I met Mr. DiCaprio in St. Tropez four or five years ago. He is a very nice man. I like him. But I have not spoken to my daughter about Mr. DiCaprio. I don’t think they are dating. I believe they are good friends, but I don’t know.”

It seems the real estate mogul approves of his daughter’s new man. But not everyone is happy for DiGi. A recent report suggests that Hadid’s ex, singer Zayn Malik, is unhappy. Malik and Hadid were in an on-again, off-again relationship that came to a screeching halt in 2021. But Malik allegedly wants Hadid back, so he’s upset that she’s seeing DiCaprio. (Malik and Hadid also share a daughter named Khai.)

Unlike Malik, DiCaprio’s ex Camila Morrone doesn’t care about his romantic pursuits. “She has a big group of friends that care about her. She is moving on with her life and is not in contact with Leo,” an insider shares.

We don’t want to put words in their mouths, so we’ll have to wait until DiGi confirm their relationship.