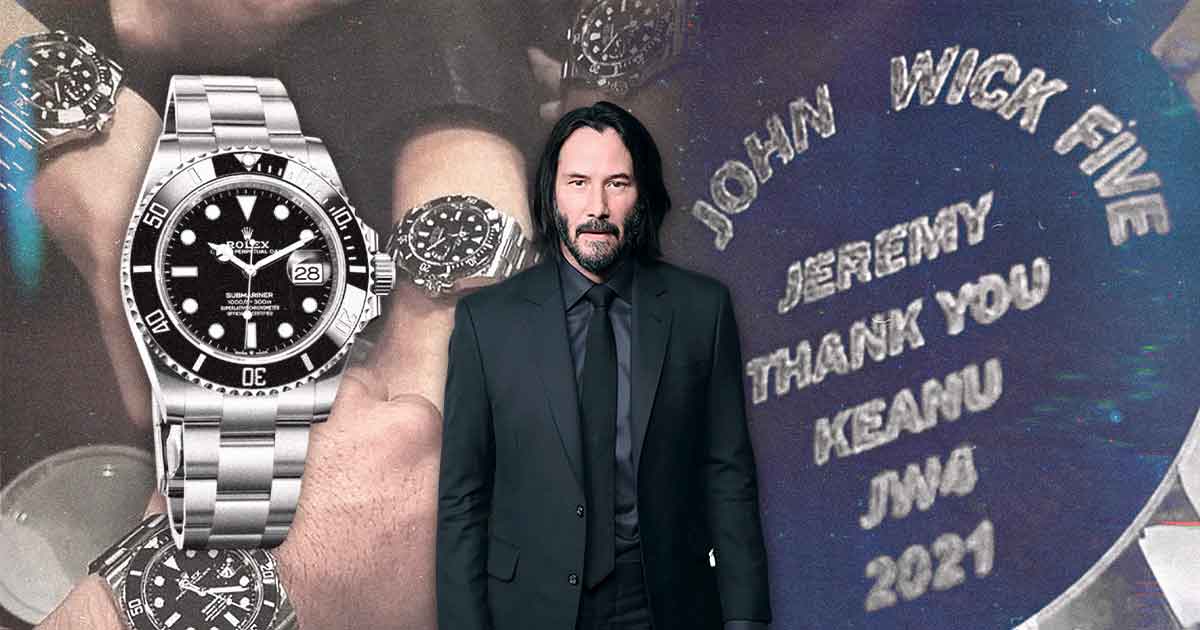 After wrapping up filming on the franchise’s latest installment, John Wick: Chapter 4, the stunt crew was invited by Reeves to eat dinner at a Paris restaurant over the weekend. There, the 57-year-old actor surprised each of the four stuntmen with a personalized Rolex Submariner watch.

Bruce Concepcion, Jeremy Marinas, Dave Camarillo, and Li Qiang were all given one of the luxurious watches, each customized with an engraved message from Reeves.

Marinas took to his Instagram Stories to show off the unique present. “Best wrap gift ever,” he wrote next to a close-up of the watch. He also showed the inscription inside that said, “The John Wick Five,” along with another note from Reeves that read, “Jeremy Thank you Keanu JW4 2021.”

Likewise, Concepcion posted his watch on social media and said, “Got that new new thank you bro KR.”

Rolex Submariners have been increasingly difficult to obtain due to the COVID-19 pandemic, which has disrupted supply chains and caused shortages of the brand’s timepieces. The watch currently has an MSRP of $9,150 and can go for even more on the market.

While filming for the fourth installment of the John Wick series has finished, it seems that the team will soon be back in business for John Wick 5. Last summer, Lionsgate has confirmed that the next sequel is set to be shot ASAP.