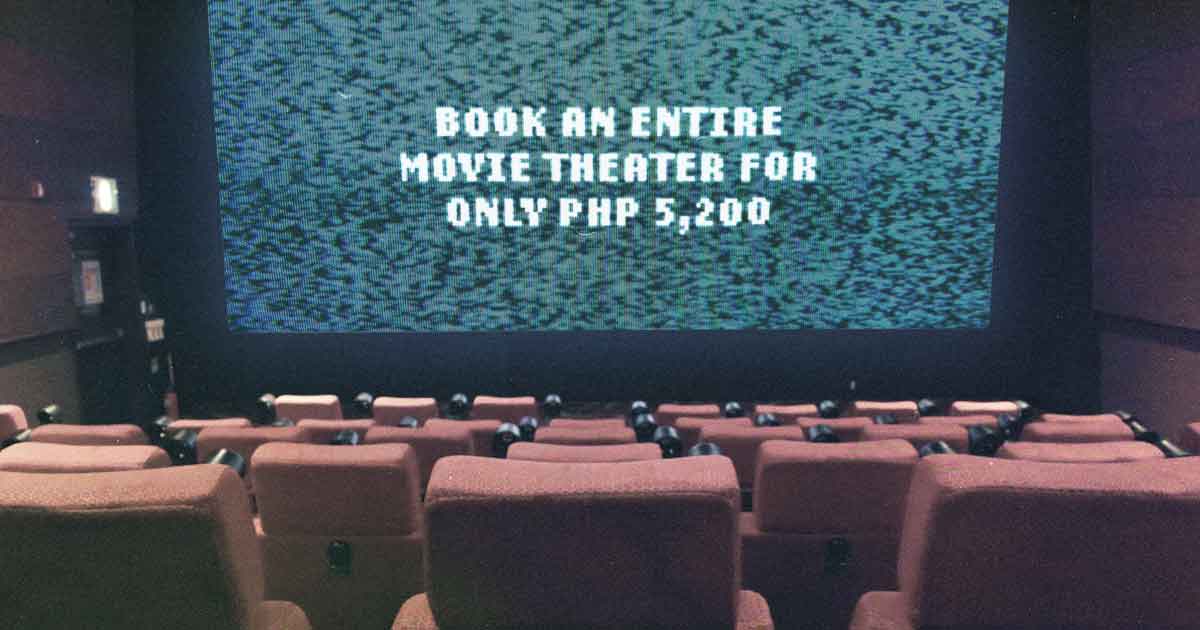 Hey, maybe this is one way around the #DontDelayNoWayHomePH dilemma. *wink* *wink*

After not seeing a single film inside a theater for a full 20 months, you’re understandably eager to buy a ticket and watch a blockbuster on the big screen once again — but so is everybody else. Now that even unvaccinated kids are technically allowed inside malls, you’d have no way of knowing who you’re going to sit one seat away from inside a theater.

That is, unless, you fill up all the seats with your closest friends and family by reserving an entire cinema all to yourself! Thanks to SM Cinema, you can now book an entire movie theater for your own private screening this holiday season — and a budget-friendly price too!

To book a movie theater, they just have to sign up online, provide their details, and choose their desired Director’s Club branch as well as their preferred time and date for their private block screening. The rate of each slot depends on whether you choose peak or off-peak hours and on the number of attendees.

Off-peak periods are every Monday to Thursday, between 11 AM to 5 PM, while peak periods are 5 PM to 12 MN of the same days and every Friday, Saturday, and Sunday. All Director’s Club cinemas can accommodate up to 20 people save for SM Aura and SM North EDSA which can house up to 18 people only.

Should you want to include more people in your group than the limit set by SM Cinema, you may do so for an additional fee of P450 per head. Bear in mind that the total number of people inside the cinema is still subject to the inter-agency task force’s capacity guidelines for indoor movie theaters.

If you’re interested, remember to reserve and pay for your preferred schedule at least four days in advance. You’re also not allowed to bring in food and drinks during your slot, but drinking water may be brought inside in the event of possible emergencies and health risks.

Which movie would you like to watch inside your private movie theater?