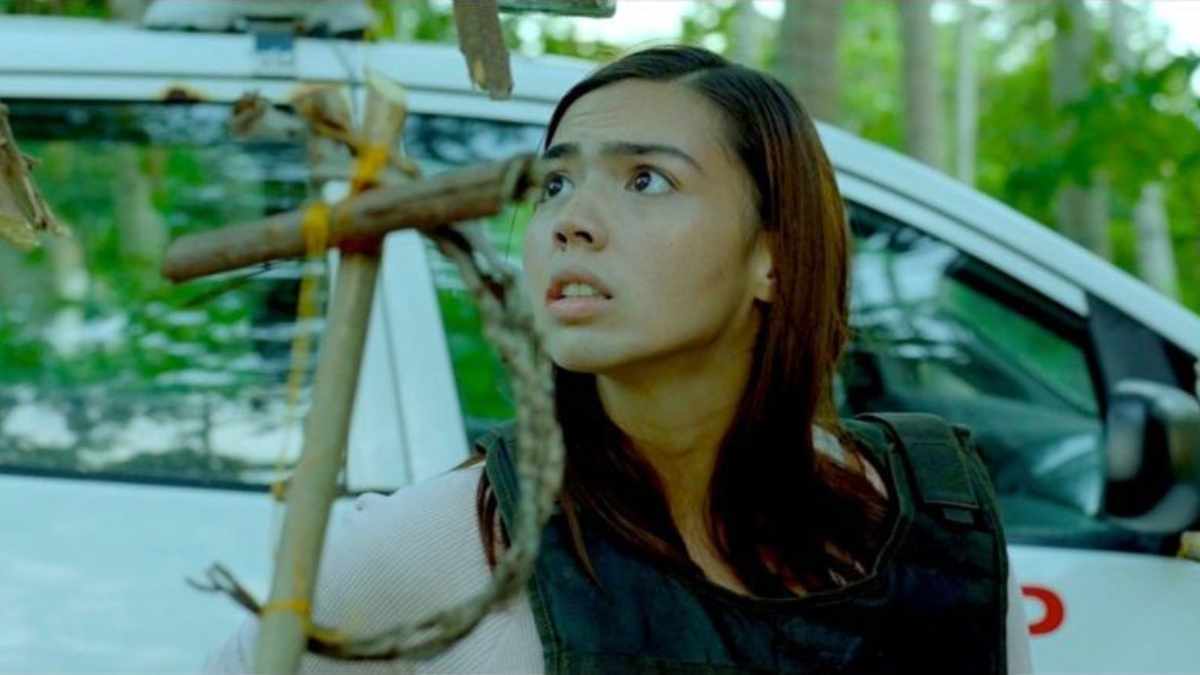 There have been many Filipino films that haveÂ earned standing ovationsÂ from international screenings, but none of them have debuted in a foreign movie house for a theatrical release until now:Â Circle of Bones, an independent action-horror film, which features an all-Filipino ensemble, has just premiered in 10 major cities across the United States.

Filmed in locations in Bohol’s beautiful island of Panglao and in Cainta in Rizal, Circle of Bones comes from award-winning filmmaker Vincent Soberano and is based on his unpublished book “Yawa,” a story about local superstitions and modern-day urban legends of the Visayas region.

In the film, a lone survivor of a mysterious cult embarks on a quest to shed light on strange disappearances, mass murders, and rumors of human sacrifices allegedly perpetrated by the cult. It stars Jana Victoria, Marela Torre, Epy Quizon, Ian Ignacio, and Hollywood actress Sarah Chang and features an iconic cameo from veteran actor Joel Torre.

The film was first released in 2017 to much acclaim. It premiered in several international film festivals and even managed to bring home a handful of awards, including Best Indie Film Award of Excellence, Best Director for Soberano, and Best Actress for Chang at the following year’s Vegas Movie Awards.

Made possible by California-based distribution company Vertical Entertainment and Safier Entertainment, the film’s re-release saw it debut in theaters across North America, Canada, and the UK last October 22. It was viewed by audiences in theater houses in New York, California, Texas, Michigan, and Florida.

“This movie is uniquely Filipino and features sights and stories never before seen by the US audience,” said Jared Safier, a four-time Emmy Award-winning producer and one of the film’s executive producers. “I’m confident it will do well in the US market, both theatrically and on streaming platforms.”

“Having a Filipino-made, independent genre film get a theatrical release throughout the U.S. is a huge achievement for me,” Soberano says of the historic international theatrical run. “It gives me great pride as a Filipino filmmaker that I’ve gotten this far to represent Filipino films in the U.S. mainstream market. Next step, worldwide distribution!”

After its theatrical run, Circle of Bones will head straight to digital platforms including iTunes, VUDU, Amazon Prime Video, and Google Play.