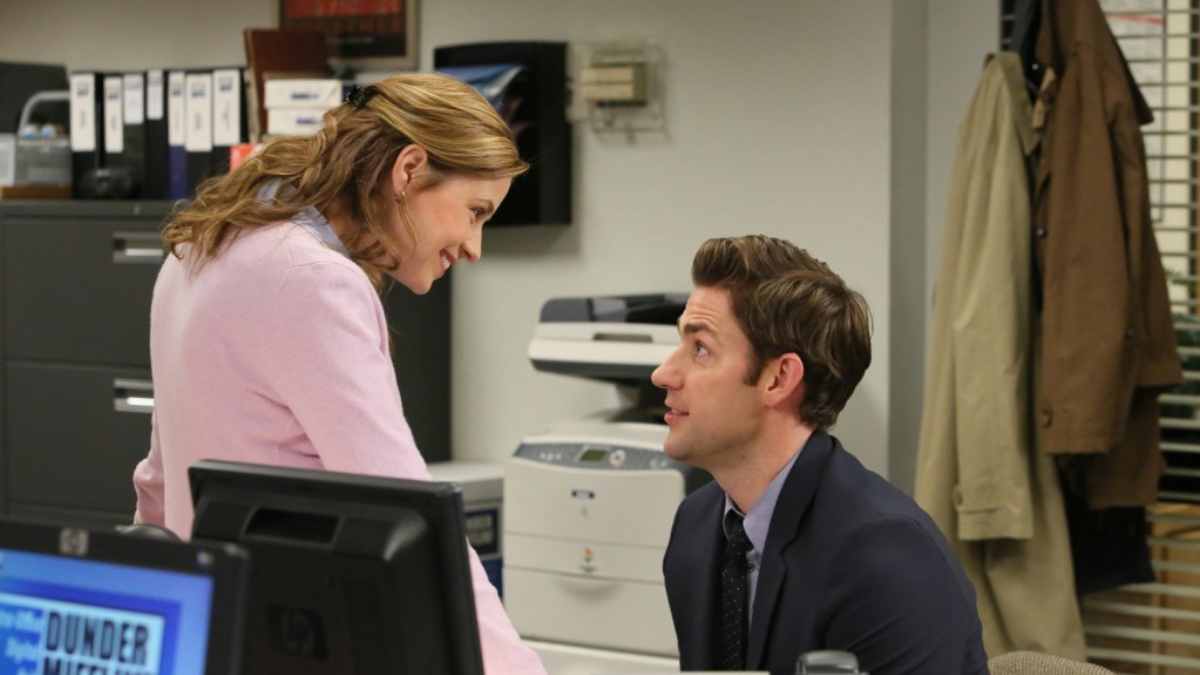 “I think that if you show Jim cheating, the fans will never come back,” said Krasinski in a new book about the sitcom.

As spotted by the New York Post from the recently released book Welcome to Dunder Mifflin: The Ultimate Oral History of The Office, the original script for the Scranton comedy was supposed to lead to an “irredeemable rift between the leading lovebirds” until Krasinski refused to shoot the scene.

In an episode of season eight called “After Hours,” Krasinski’s character would make out with the temporary receptionist Cathy Simms (Lindsey Broad) in a Florida hotel room while his wife Pam was home on maternity leave.

“That’s the only time I remember putting my foot down…” says Krasinski in the book. “I remember saying things that I never thought I’d say before, like, ‘I’m not going to shoot it.’”

“My feeling is there is a threshold with which you can push our audience. They are so dedicated. We have shown such great respect to them. But there’s a moment where if you push them too far, they’ll never come back. And I think that if you show Jim cheating, they’ll never come back,“ Krasinski writes of his objection to the potential plotline, before explaining he took his issues straight to showrunner and creator Greg Daniels.

Daniels ultimately decided to drop the cheating angle, although he did persist in putting Jim and Pam at odds with each other towards the series’ ending. He eventually brought in Brian the boom guy (Chris Diamantopoulos) to comfort Pam during rows with Jim in the ninth and final season to keep fans concerned if it would end on a good or a bad note.

“They were very comfortable with the show they were getting, and I needed to worry them that maybe I was going to give them a bad ending so they were happy when they got a good ending,” Daniels shared.

Fortunately, fans can revel that the show ended how it’s supposed to be – with Jim and Pam weathering through their relationship issues as honest adults should.