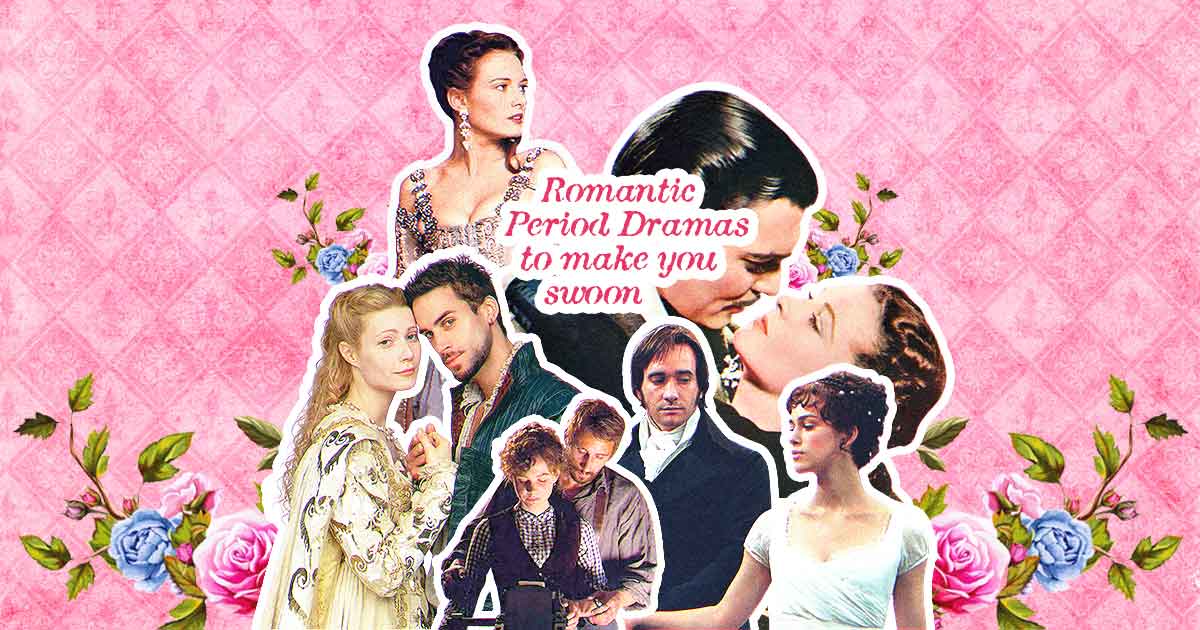 These movies will never get old

Valentine’s Day is fast approaching, and love is definitely in the air. Shops and restaurants are coming up with Valentine’s specials, and couples are making romantic plans. With all that’s happening, it’s hard not to get caught up in the spirit of things.

On that note, why not binge-watch films that won’t fail to make you swoon? We already have a list of chick flicks worth a rewatch, so we’re recommending period dramas this time.

Since we tend to romantic the past, the romantic drama setting is perfect for Valentine’s Day. Here, you’ll find films that will transport you to another time, complete with passionate romances and the occasional forbidden love.

READ: While Waiting for Season 2 of Bridgerton, Here are 3 Netflix Series to Binge-watch

Pride and Prejudice is a classic love story. It tells the story of Elizabeth Bennet and her sisters, who face intense pressure to marry. They eventually meet the aloof and handsome Mr. Darcy. The Jane Austen novel has had many adaptations, and one of the most recent is the 2005 film. Although it’s not the most accurate adaptation of the book, it’s still quite romantic drama.

Shakespeare in Love is a fictionalized take on William Shakespeare’s life. In this film, the playwright meets a young woman who eventually becomes his muse. The two enter a forbidden relationship, making this film all the more exciting. It’s set in the late 16th century, and the recreations of the costumes and sets are more stylized than faithful.

Brilliant and beautiful Veronica is madly in love with an aristocrat. But she can’t marry him because they’re from different social classes. To give herself a chance at true love, she becomes a courtesan–a companion sought after by the most powerful of Venetian men. Dangerous Beauty is a must-watch with unforgettable characters, a lively story, and beautiful cinematography.

Gone with the Wind

Set during the American Civil War, Gone with the Wind is a historical romance adapted from the novel of the same name by Margaret Mitchell. Featuring iconic dresses and a turbulent love affair, this is one of the most iconic films in Hollywood history.

Far from the Madding Crowd

Another classic novel adapted into a movie, Far from the Madding Crowd tells the story of an independent woman who inherits her uncle’s farm in 1870s Britain. The protagonist, Bathsheba Everdene, catches the eye of not one but three men in this story. As the men vie for her attention, you’ll find yourself just as confused as she is.

Which one will you watch this Valentine’s season?