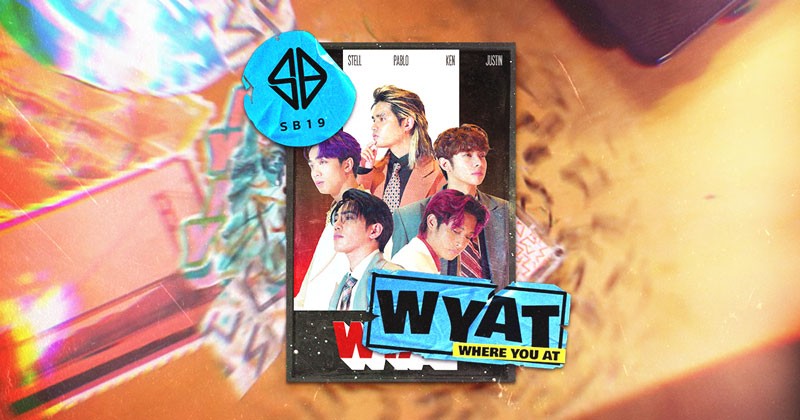 SB19: The Undisputed Kings Of P-Pop Start Their ‘WYAT’ Era

Josh, Justin, Ken, Pablo, and Stell are ready for their comeback!

Usually, the “S” in SB19 stands for “Show.” But these days, it might as well stand for September. The boys made their comeback this month in what’s known as their “WYAT” era. Known as the “Kings Of PPop,” the boys teased their fans for awhile before dropping concept photos, a song, and a music video.

You pump my blood and my soul is alive.#WhereYouAtSB19 ? pic.twitter.com/7Jfmnwbfxf

“WYAT” stands for “Where You At,” the title of their upcoming world tour. They’ll kick it off at the Smart Araneta Coliseum. The tour was first announced on SB19’s official social media accounts. The post was even accompanied by the hashtags #WhereYouAtSB19 and #WYATKickoffConcert.

The boys soon revealed that “WYAT” was also the title of their next title track. They went on to drop concept photos and trailers. Soon afterward, they also announced an upcoming docuseries!

As if all that wasn’t enough, tickets for the Araneta Coliseum concert sold out within 24 hours.

SB19 and their new single

“WYAT” dropped on September 2. It was produced by SB19’s Pablo and his real-life brother Josue. The boys say it’s about reconnecting after facing challenges in life.

“Due to the pandemic, our world was put on hold,” shares Pablo. “I felt a disconnect among the group brought about by the lockdown. I wanted to reach out to them through this song.”

“Everything we put out is all connected,” Justin says. “It all started with the teaser, which is set in the present day. Then we went to the past and back to the present.”