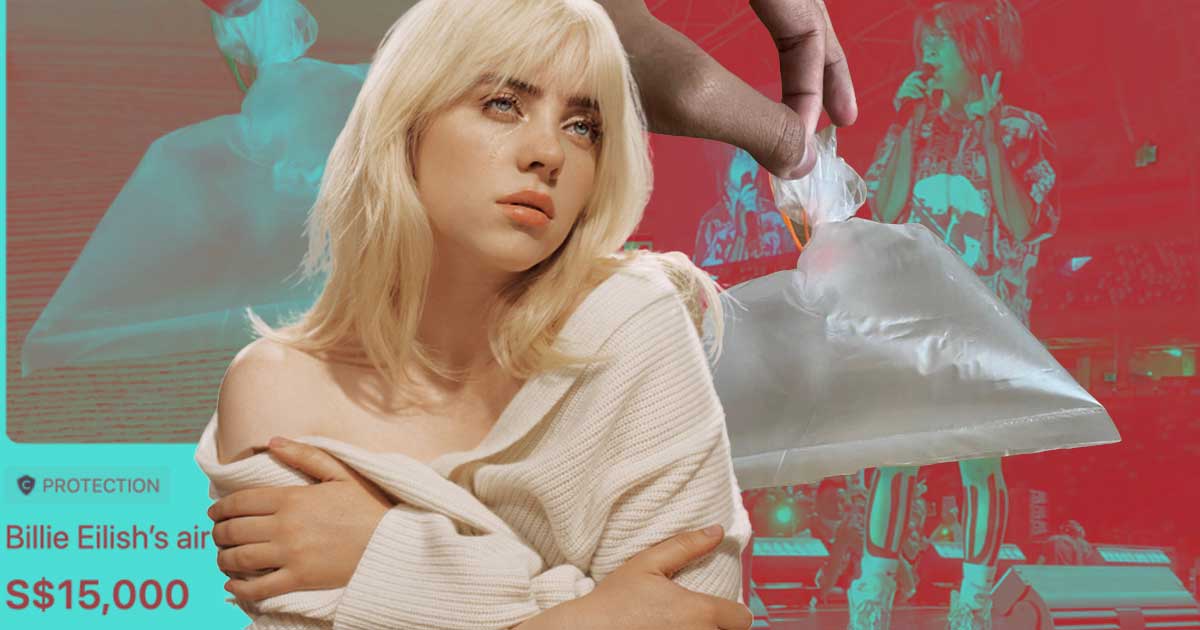 The fan went way too far.

Whenever an artist holds a concert, you can expect fans to go crazy for their exclusive merch. Some even resell caps and shirts at outrageous prices to exploit their exclusivity. But one Billie Eilish fan may have gone too far with their latest Carousell listing.

Carousell user @rev1on tried to sell air from a concert the “Bad Guy” hitmaker did in Singapore. They posted two images of the air in a now-deleted listing—one with the air in a plastic bag and another with the bag enclosed in a plastic container.

To prove they were close enough to catch Eilish’s air, @rev1on uploaded a picture of her on stage in Singapore.

The Singaporean media outlet mothership.sg also wrote about the listing. They said the seller would put the package in an airtight container “to prevent leaks.”

The seller also wrote an amusing description. “I stood at the front and managed to get her air in the plastic when she screamed her lungs out during the concert! For those who missed the concert, you can buy this! Very rare air!”

The Carousell post is no longer available at the moment. But it is unclear if the website took the listing down or if the seller managed to sell the air.

Billie Eilish is a 20-year-old American singer-songwriter. She was born in Los Angeles, California, on December 18, 2001. She first gained recognition in 2015 for the song “Ocean Eyes.” In 2020, Billie became the youngest person ever to win a Grammy for Album of the Year.

Eilish is currently touring the world. She held a concert at the SM Mall of Asia Arena last August 13.