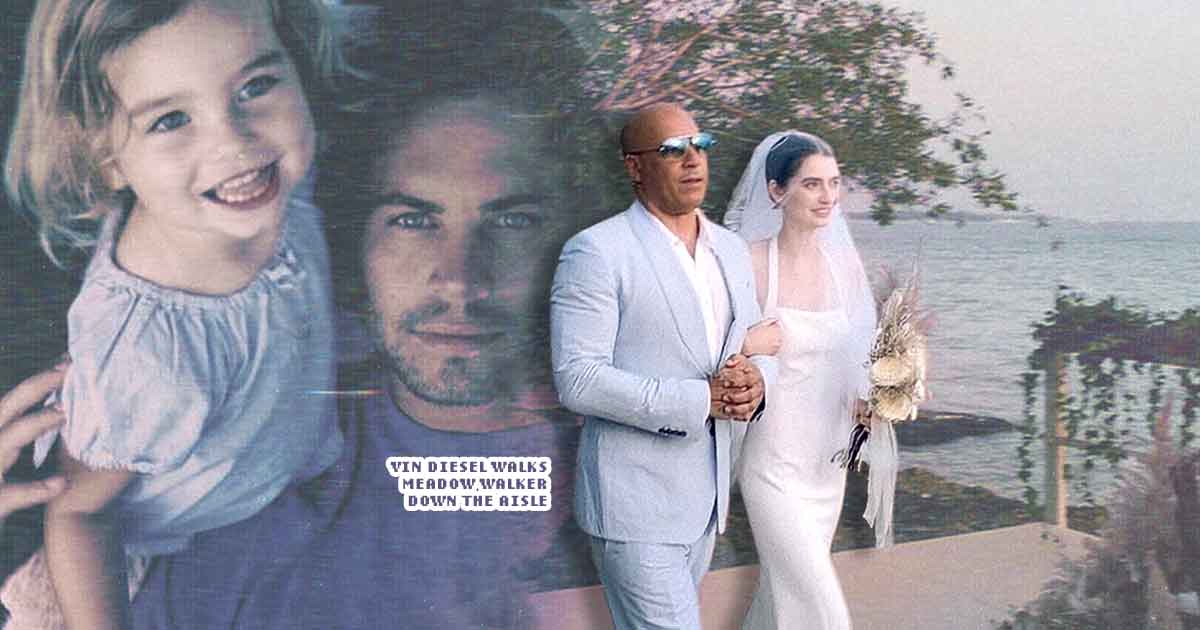 True to his movie mantra, Vin Diesel really does cherish family, be they his own or the ones he made on the Fast and the Furious franchise. Proving his love for his co-actor and close friend Paul Walker, the action star walked the late celebrity’s daughter, Meadow Walker, down the aisle during her wedding this month.

As seen in photos of the affair posted by Meadow on Instagram, Diesel, who is actually her godfather, escorted her down the aisle at a beachside wedding in the Dominican Republic. Diesel donned a sky-blue suit and his sunglasses — a staple for Dominic Toretto — while Meadow wore a custom Givenchy Haute Couture gown.

The 22-year-old model married actor Louis Thornton-Allan. “We couldn’t have imagined it to be any more perfect and personal–and honestly it was easy and simple,” Meadow told Vogue. “Louis and I knew exactly what we wanted from the start. It was a very intimate celebration.”

Aside from Diesel, another Fast and the Furious cast member was also present for the event: Jordana Brewster, Walker’s on-screen love interest, was in attendance as well.

Fans of the franchise were naturally moved into tears by the touching gesture. On social media, users gushed about how authentic the Fast and the Furious family was, even after Walker’s passing.

Indeed, families, even found ones, run deep. In an interview with Extra last June, Diesel shared that Meadow is “the first person on Father’s Day to wish me Happy Father’s Day. He also said that seeing her godchild with his own children “is one of the most beautiful things.”

In 2015, two years after the death of Walker, Diesel also revealed that he had named his daughter Pauline after the late co-star. “There’s no other person that I was thinking about as I was cutting this umbilical cord,” Diesel told Glamour at the time. “I just thought…knew he was there. It felt like, you know, a way to keep his memory a part of my family and a part of my world.”

First pairing up on screen in 2000’sÂ Fast and the Furious, Diesel and Walker went on to team up for four more films until the latter tragically died due to injuries sustained from a vehicle collision in 2013.Â Â