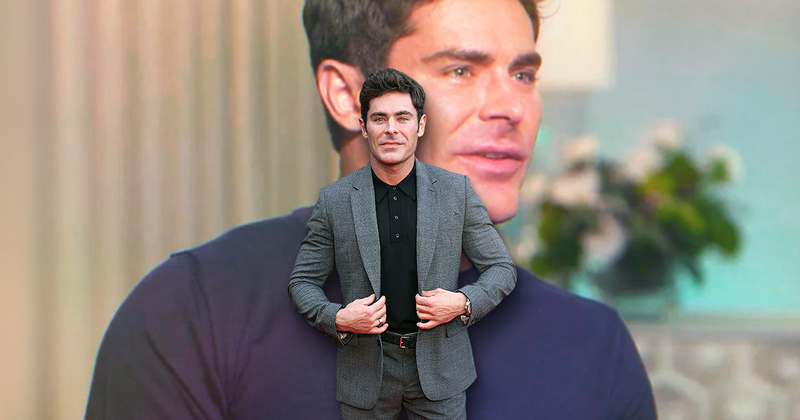 The people on the internet owe Zac Efron a big apology. The High School Musical star participated in an Earth Day promotion last year. The video went viral after people noticed his jawline was somewhat different.

People have been writing negative comments about his surprising new look. Some have even made jokes that are way out of line. To quell the online speculations, Efron finally spoke up. He shared a story to debunk the rumors that he underwent plastic surgery.

The actor explained that a 2013 injury caused the changes to his face. He injured his jaw after slipping on a puddle of water in his house. The accident left his “chin bone hanging off his face.” He also sustained a wound and needed stitches.

Efron also shared how his chewing or “masseter muscles” had to overcompensate. “The masseters grew. They got really, really big,” he said.

He wasn’t aware of the internet uproar about his appearance until he received a call from his mother. “She told me. I never read the internet, so I don’t care,” Efron shared.

While Efron found the rumors amusing, he said the accident could’ve killed him. He added, “It sucks. I almost died, but we’re good.”

How Zac Efron copes with life in the public eye

Zac stated that he avoids social media nowadays. In an interview with Men’s Health, he explained that it’d been a survival tactic for him since he became famous at 17. “If I valued what other people thought of me to the extent they may think I do, I wouldn’t be able to do this work.”

Efron says that his detachment from social media made him a better person. It helps him focus on the reality of things around him. Less social media also helped him become more candid about certain topics, such as his love life.

“I’ve been taking time to focus on, you know, self-fulfillment and trying to find my groove. I know that when I meet the right person, it will be when I least expect it.” He said.

Most celebrities and influencers can learn a lot from Zac’s experience. We’ve become so dependent on the online world that we tend to forget that there are bigger things for us in the real world.