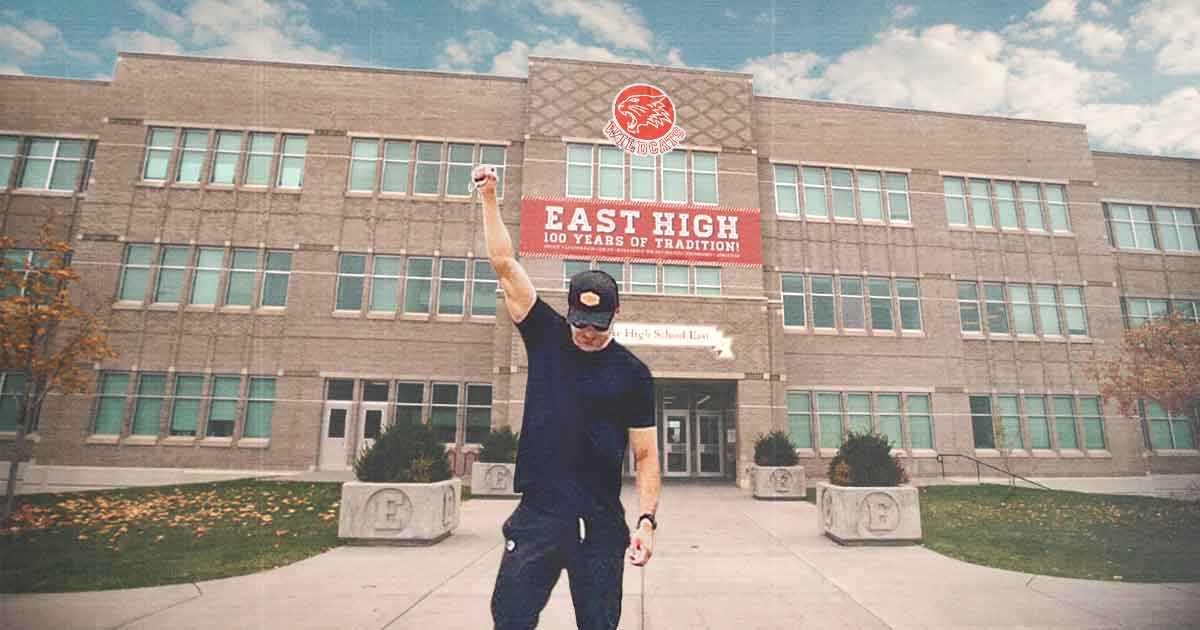 Gabriella’s and Troy’s visits to East High created quite a stir online.

Troy Bolton once said, “Once a Wildcat, always a Wildcat.” We now know this is true. Zac Efron, who played the character in all three films, returned to Salt Lake High School East. The school is very famous because it was where the High School Musical trilogy was filmed.

Zac shared a photo of himself in front of East High on Instagram.

The famous actor captioned the post, “Don’t you … Forget about me.” Oh man, we never forgot you, Troy! Efron’s caption references a Simple Minds hit and the teen film The Breakfast Club.

Zac’s post broke the internet. This follows Vanessa Hudgens‘ visit to the High School Musical set a few weeks prior. The actress, who dated Zac in real life as well, played the role of Gabriella Montez in the HSM trilogy. Gabriella is a bright student, a fantastic singer, and Troy’s love interest.

The actress posted a short video of herself visiting the location. The Instagram Reel was accompanied by Troy and Gabriella’s iconic duet, “Breaking Free.”

The former real- and reel-life couple generated countless online discussions. Some fans even wondered if they would return to the HSM franchise. Or at least make cameo appearances in Disney+’s High School Musical: The Musical: The Series. But Disney hasn’t said anything about Zac Efron and Vanessa yet.

Regardless of what their visits might mean, we’re happy to see our favorite Wildcats again. It was such a treat seeing them roam around their old stomping grounds.

Although we wouldn’t say no to a High School Musical reboot with the original cast. That would be great too.