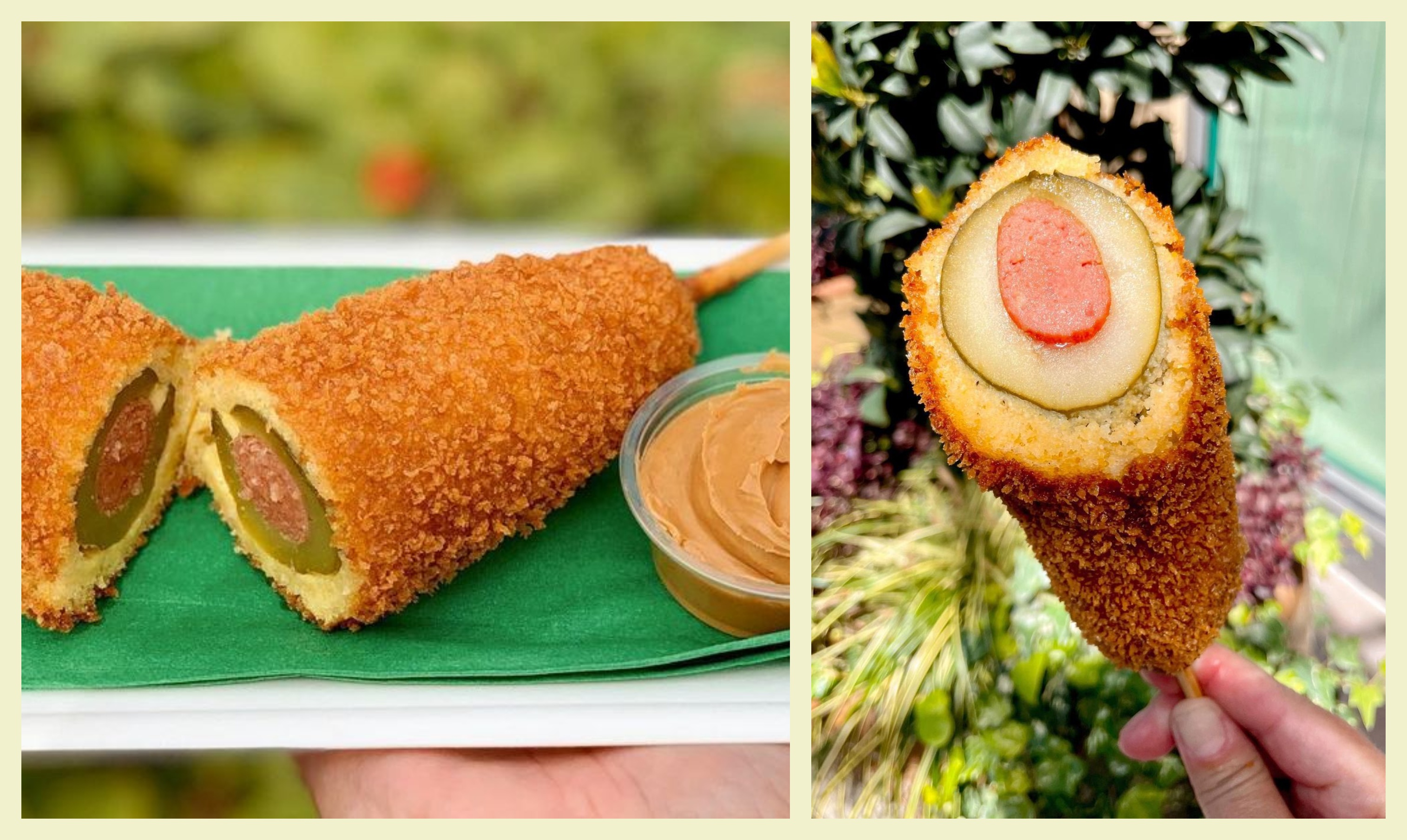 Something new at Disneyland is dividing the internet. And no, it’s not one of their new rides, shows, or merchandise–it’s food!

One of the theme park’s food carts recently launched the “Pickle Corn Dog,” a deep-fried dill pickle with hotdog inside, all coated in corn batter and panko bread crumbs. Oh, and it comes with a side of peanut butter sauce for dipping!

Three favorites in one

Some people may say that the corn dog + pickle + peanut butter concoction is something they’d much rather have separately, but there are also instant fans of this unique corndog flavor who are eager to head to “the happiest place on earth” soon.

These giant corn dogs (available for USD 13 each) were created by “Blue Ribbon Corn Dogs,” a food cart that operates in Anaheim, California. They launched it on St. Patrick’s Day, just a few days before “National Corn Dog Day.”

“We were going to wait until National Corn Dog Day to release this tasty dog, but we are way too excited! If you’re a pickle lover, this is a must try for you,” Blue Ribbon Corn Dogs said.

The food cart company acknowledged that their creation has “become such a big dill” so they’re extending its availability until the end of April! Their initial plan was to sell the hotdogs for just two weeks since its launch on March 17. But due to popular demand, they’re making it stay a little bit longer on their menu.