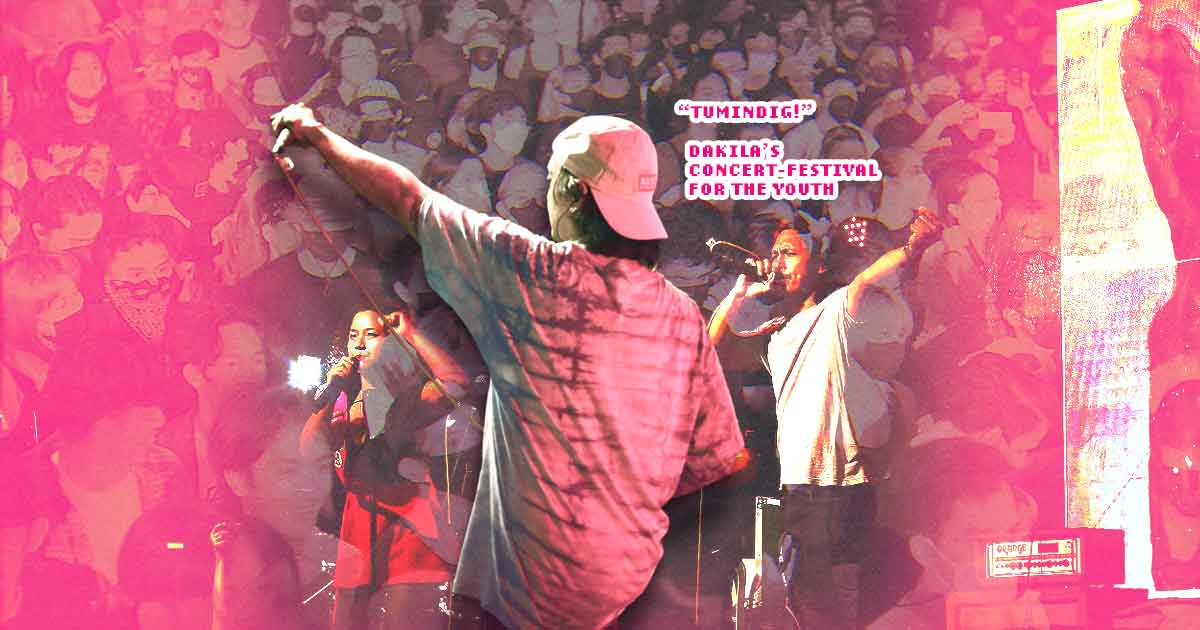 Non-profit DAKILA Aims To Encourage The Youth Through Music

Have you heard of an organization called DAKILA (Nobility)?

It was founded by Cooky Chua, Lourd de Veyra, Ronnie Lazaro, and the late Arvin “Tado” Jimenez in 2006. Now it has members and partners from all over the Philippines. They put on concerts, film festivals, and the like to teach audiences about human rights.

Recently, FreebieMNL interviewed Floyd Scott Tiogangco and Nini OÃ±ate about DAKILA. The two members talked about the group’s achievements and plans for the future.

Many Filipinos don’t get the concept of human rights, so DAKILA tries to make it mainstream, says OÃ±ate.

Last February 25, DAKILA launched Dokyu Power (The Power of the Documentary). Its goal was to create meaningful political discourse via celebrated documentaries.

On April 9, they gathered 50 youth leaders and organizations. They held an event called Atin Ang Kapangyarihan! Youth Power (The Power Is Ours! Youth Power). They held a screening of the film Writing With Fire, followed by a concert.

Tiogangco says they also had discussions to educate people ahead of the May 9 elections. Meanwhile, OÃ±ate clarifies that they’re not forcing people to support certain candidates. They believe people should be free to vote for the candidate of their choice.

The future of DAKILA

Apart from human rights, DAKILA is also known to defend the LGBTQIA+ community and women. OÃ±ate and Tiogangco gave us a spoiler, saying they’re working on a satirical show called Bilipinas. It’ll be about the upcoming elections.