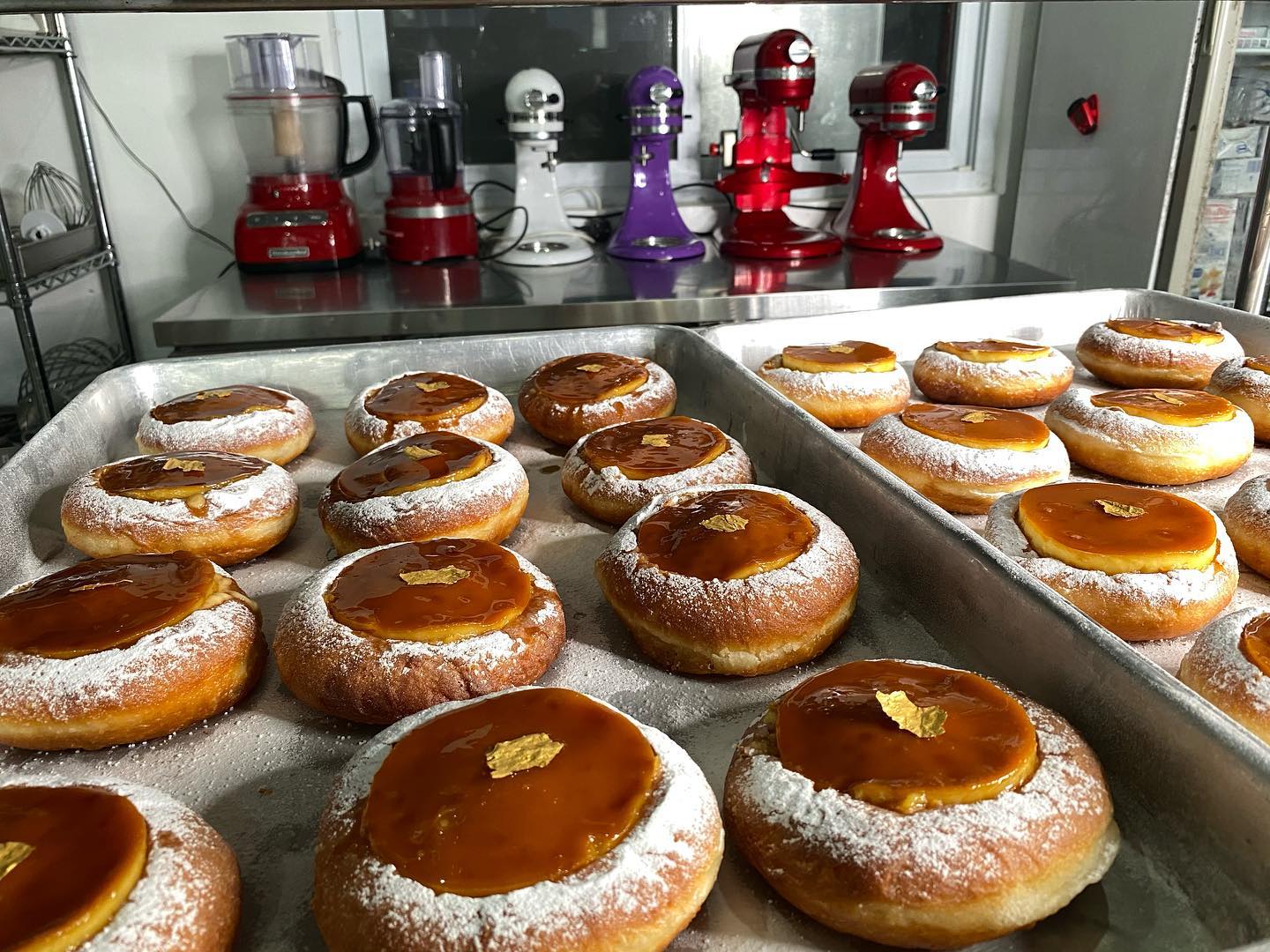 Kora, a Filipino-owned bakery in New York has been taking your favorite Pinoy sweets and turning them into delectable donuts. What started out as an experiment with leftover dough and extra Ube filling is now a business with hundreds of people on the waitlist, excited to get their hands on the goods.

Aside from the classic Ube flavor, baker and owner Kimberly Camara also has Sans Rival, Champorado, and Pinipig variants on the donut menu. The fan-favorite though is the Leche Flan filled donut that was adapted from her departed grandma’s recipe book which she describes as, “a lot eggier, richer, and denser”.

While New York is too far-flung for most of us to bag Kora’s specialties, you’ll be glad to know you can order Leche Flan donuts at this cafÃ© in the Philippines. Justyn CafÃ© is just located in Las Pinas so you don’t have to fly across the world to get a taste of this epicurean delight.

J. CafÃ© is a modern bakery concept by entrepreneurs Justyn Reyes and JP Mallos that has been getting a lot of love for their extravagant Leche Flan donuts that are topped with gold flakes. The richness is achieved by fusing Leche Flan and Puree Flan Cream with a soft and airy donut.

Even actresses Ivana Alawi and Gretchen Baretto enjoyed the confection.

As it’s one of their best-sellers, they quickly sell out. So if you want to take home a box, place your orders by sending them a message on their Instagram or Facebook page. The 24K Leche Flan Donuts come in a dozen for P2500.

Other items on their menu include Artisan Ensaymadas, Salted Egg Yolk Custard Buns, Cake in Tins, and the popular Ube Pandesal with melted cheese. Recently the 24k Leche Flan Pandesal was introduced in honor of their Lola’s birthday.