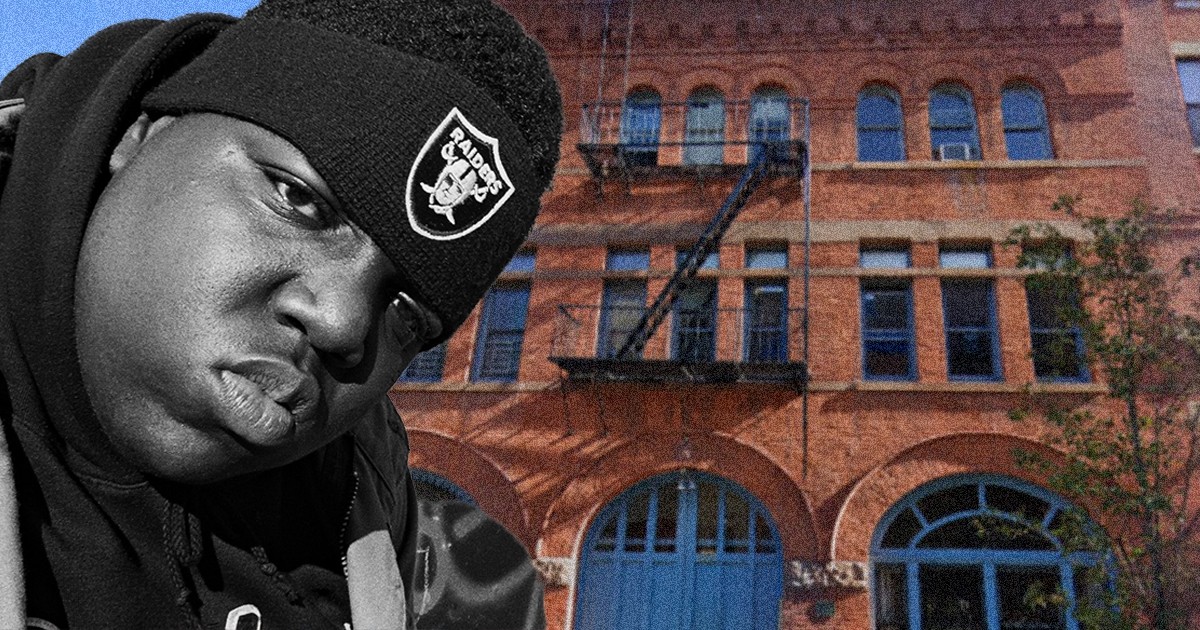 Located in Brooklyn’s Fort Greene neighborhood, the home was initially posted on the market for $1.7 million and closed on December 14, 2020 — for hundreds of thousands of dollars more than its asking price.

The value associated with the unit can most likely be attributed to the fact that it used to belong to Christopher George Latore Wallace, better known as Notorious B.I.G. “Biggie,” as he was fondly called, resided in the apartment with his wife, Faith Evans, and her daughter, Chyna Tahjere Griffin, in 1994.

In the Brooklyn space, Biggie released his first (and last) album in his lifetime titled Ready to Die. It would go on to achieve widespread critical acclaim and commercial success with its hit songs “Big Poppa,” “Juicy,” and “One More Chance.” While he was just reaching the pinnacle of his career, Wallace was tragically murdered in 1997 in a drive-by shooting.

The 1,700 square-foot duplex condo has since been renovated by Caroline Duncan, a well-known costume designer who has credits working on TV series like The Affair and When They See Us. She purchased the unit back in 2011.

Talking to The Post, Duncan said, “When I moved in, the basement was just a raw space with concrete floors.” She detailed redoing specific aspects of the home, like framing the walls and creating an open lofted space.

“I love the neighborhood, the proximity to Forte Greene Park, the fact that the building is on the Historic Register and had the bones of a true artist’s residence,” she said.