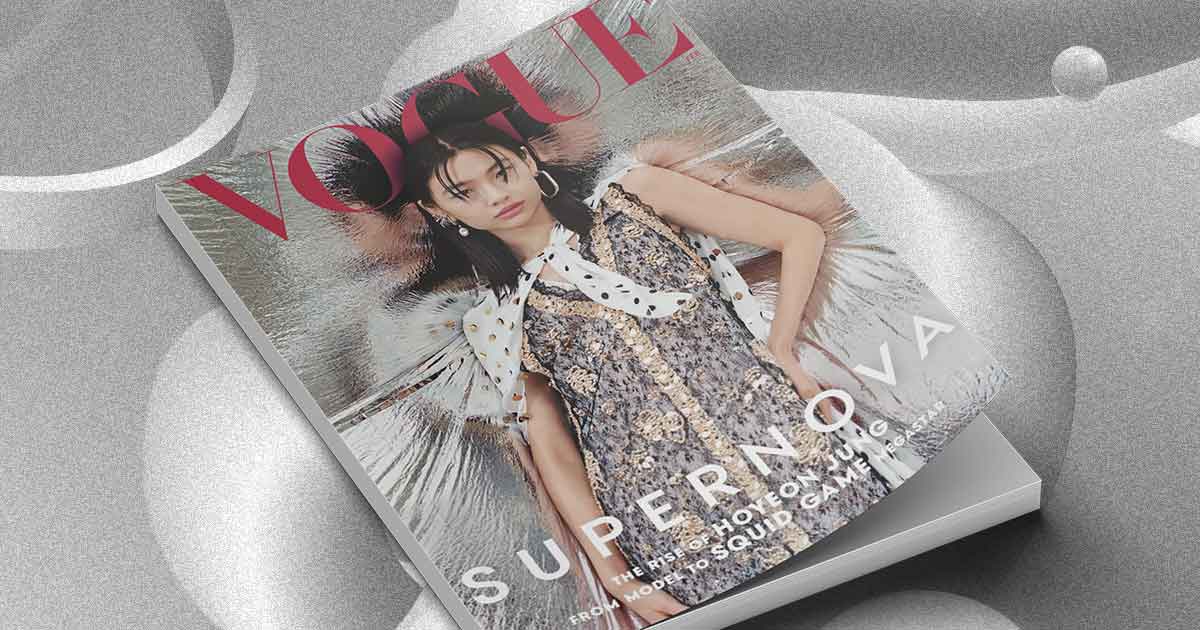 After her breakout role in one of the hottest Netflix series of 2021, model and now-actress Jung Ho-yeon has become the first Asian to grace a solo cover for America’s Vogue magazine.

Jung Ho-yeon shared the February 2022 cover on her Instagram, which featured her in a black and gold embellished gown posing in front of a reflective background.

“I can’t express how grateful and honored I am right now,” she captioned the shot. “Thank you so much @voguemagazine and the wonderful creative team for this opportunity.”

Her agency, Saram Entertainment, also released a statement on the feat. “Ho-yeon has become the first-ever Asian solo cover model for US Vogue,” they shared. “As this is an extraordinary happening in the global fashion industry, it helps us estimate how incredible Jung Ho Yeon’s star power is.”

Read: From the Runways to Our Netflix Screens: Our Favorite Hoyeon Jung Fashion Moments

In an interview with the mag, Jung described her feelings regarding her “overnight success,” citing the show to be life-changing.

“My whole life has changed in a month,” she told Vogue. “I worked hard, learning English, training posture and voice, and expanding my worldview through art and film.”

“Looking back, if not for those quiet and lonely times, I don’t know that I would have ever dreamed of acting,” she added.

The 27-year-old star isn’t a stranger to fame, however. Her career first took off after placing second in Korea’s Next Top Model, then going on to model for high-fashion brands like Louis Vuitton, Chanel, and Marc Jacobs.

Since the show’s explosive success, Jung has been named Louis Vuitton’s Global House Ambassador for fashion, watches, and jewelry and has also partnered with Adidas for their Adicolor campaign.

Though Sae-byeok, the character she played in Squid Game, may not make another appearance in the show’s future seasons, there is much in store for the budding actress, who recently signed with Creative Artists Agency in 2021.

“I have always wanted to go to Hollywood and to act in America, and I still do,” Jung stated. “But Squid Game changed my mindset. It doesn’t have to be an American movie or a European movie, it’s the story and the message that are more important.”