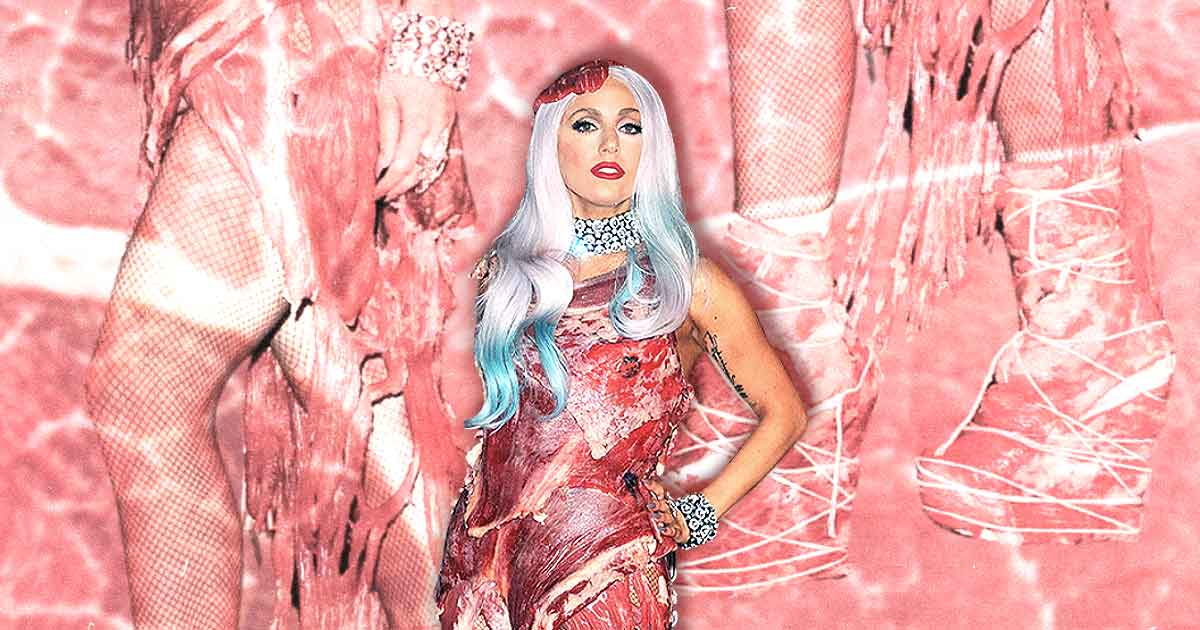 Lady Gaga looks back on her infamous meat dress

After 11 years, Lady Gaga is finally opening up about her controversial meat dress.

If you weren’t there to see it, the “Poker Face” singer shocked viewers around the world at the 2010 VMAs when she wore a dress that seemed to be crafted entirely from meat.

In an interview with British Vogue, Gaga let the people know that the idea was Val Garland’s. “It’s actually Val Garland’s idea. Val Garland the makeup artist,” she shared. “Her and I worked together for a long time and she shared a story with me where she had gone to a party wearing sausages and I thought this was quite funny and I said, ‘Well that’s a great way to make sure that everybody leaves you alone at a party.'”

At the time, Gaga had thought of making a political statement, particularly about the Don’t Ask, Don’t Tell policy. She supported the policy, which dictated that military applicants were not to be asked about their sexual orientation.

“We decided to do the meat dress because I thought to myself, ‘If you are willing to die for your country, what does it matter how you identify?'” the songstress stated. “This was ultimately designed by Franc Fernandez, but it was the brainchild of House of Gaga and we were backstage with Brandon Maxwell who was working as one of my stylists at the time.”

She continued, “He was vegan also and still helping to sew all of these last bits of meat to me and making my meat hat and my meat purse, which was held by Cher. It smelled like meat.”

The dress was actually sewn together very carefully, making it a legitimate “garment.”

Despite the controversy, Gaga said that the piece was “thrilling to wear.” It also probably went down as one of the most iconic looks in VMA history.