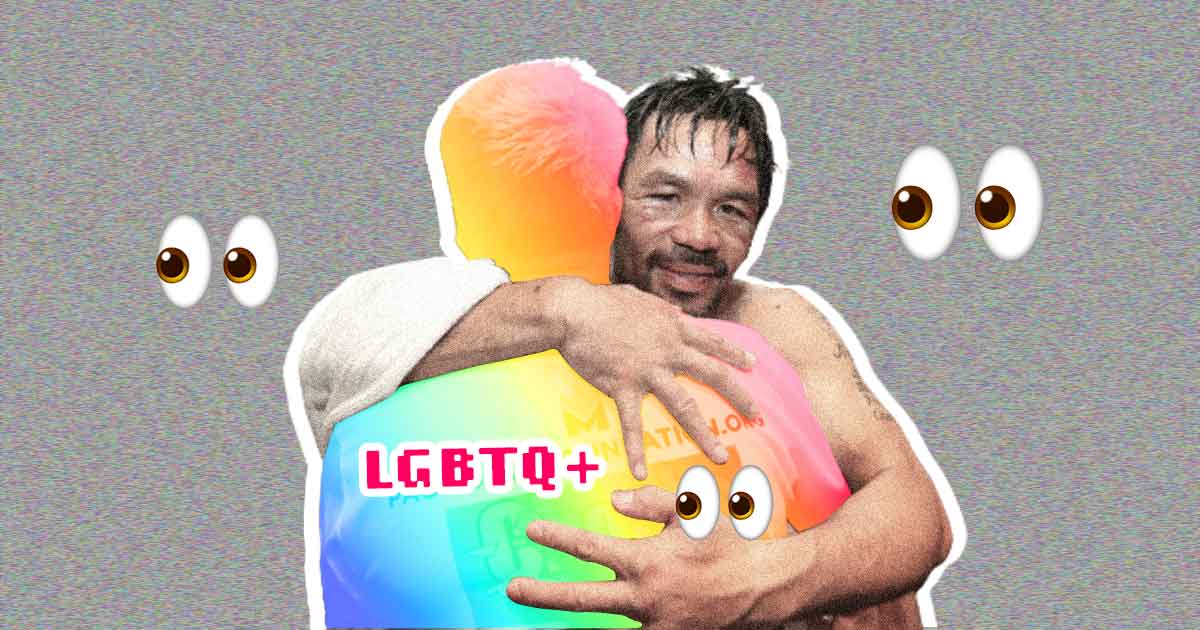 Years after his notorious “mas masahol pa sa hayop” remark in 2016, The People’s Champ is now apparently one with the LGBTQ+ community.

Toni Gonzaga’s infamous “Toni Talks,” the same interview series that gave senator Bongbong Marcos a platform to promote his father’s legacy, returns for another sit-down chat with another politician, this time with the senator and 2022 presidential candidate Manny Pacquiao.

During the half-hour interview that dropped on Sunday, the Ultimate Multimedia Star and the People’s Champ touched upon the topics of Pacquiao’s living legend inside the squared circle, his wife JInkee’s recent heat regarding her flaunting her wealth of fashion pieces, and how he brings his spiritual beliefs into his service.

One of the highlights of Toni’s talk with Pacquiao was his shifting opinions of the LGBTQI+ community. It can be recalled that during a video interview that went viral in 2016, the then-senatorial aspirant echoed his homophobic stand that same-sex relationships “are worse than animals,” a stand that left an indelible black-eye on Pacquiao’s political career.

More than five years later, and the boxer-turned-senator now seems to think the opposite. Talking to Gonzaga, Pacquiao claims that he doesn’t condemn the members of the LGBTQI+ community due to his having relatives and employees who are the same.

He also claims that his previous interview was spliced too much that it lost the sense of what he wanted to say. “Na-edit kasi masyado ‘yung statement ko na ‘yun,” he said.

The interview was released mere minutes after Pacquiao announced his bid for the presidency in the 2022 elections, accepting the nomination of his faction in the ruling PDP-Laban party.Â