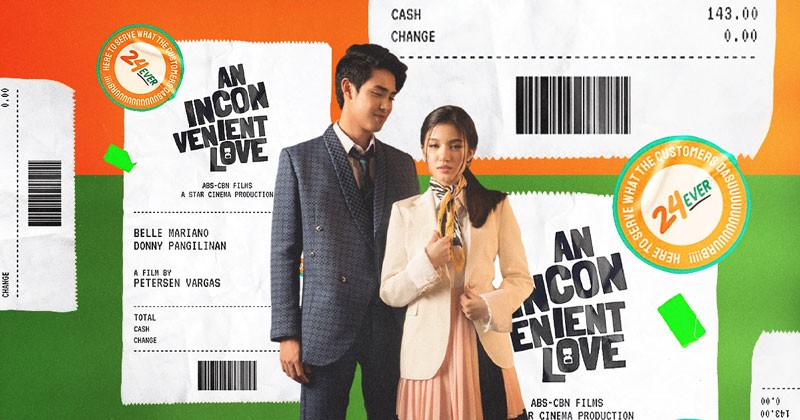 An Inconvenient Love: DonBelle Are Starring In A New ‘Kilig’ Film

Their second big-screen outing will be in cinemas soon!

Donny Pangilinan and Belle Mariano, aka DonBelle, have a new project! They’re set to star in a movie called An Inconvenient Love. It’s produced by ABS-CBN’s film production arm Star Cinema. A few clues have already begun to roll out on social media. Both shippers and solids have already expressed excitement. In fact, quite a few hashtags have already trended on Twitter!

A teaser posted on Star Cinema’s Instagram revealed that Petersen Vargas is at the helm of this movie. He’s also the director behind the smash hit BL series Hello Stranger and the 2016 movie 2 Cool 2 Be 4gotten. The caption was a complete tease:

“Should love always be QUICK, EASY and CONVENIENT? Watchuthink?”

It also noted that the teaser for An Inconvenient Love is essentially a “SOFT LAUNCH 4 NOW.” With that, it’s safe to say that following Donny, Belle, and Star Cinema’s social media is a good way to get updates.

Both Donny and Belle also shared teasers on their respective Instagram pages. Donny’s caption read “We’re back in cinemas. Soon :)”, while Belle wrote, “Are you guys ready? ? IN CINEMAS SOON ?”. Despite hardly having any information about it, their fans are already hyped. (Right, Bubblies?)

While their smash hit series He’s Into Her just wrapped, DonBelle is not slowing down at all. They’ve got endorsements together, like the newest Samsung Galaxy phone. Belle launched her YouTube channel #BelleAndBeyond; Donny’s all-out for Gatorade No Sugar.

An Inconvenient Love is the second movie for DonBelle, the first one being the Netflix No. 1 hit Love Is Blind. According to the teasers, #AnInconvenientLoveTheMovie will be in cinemas soon enough.