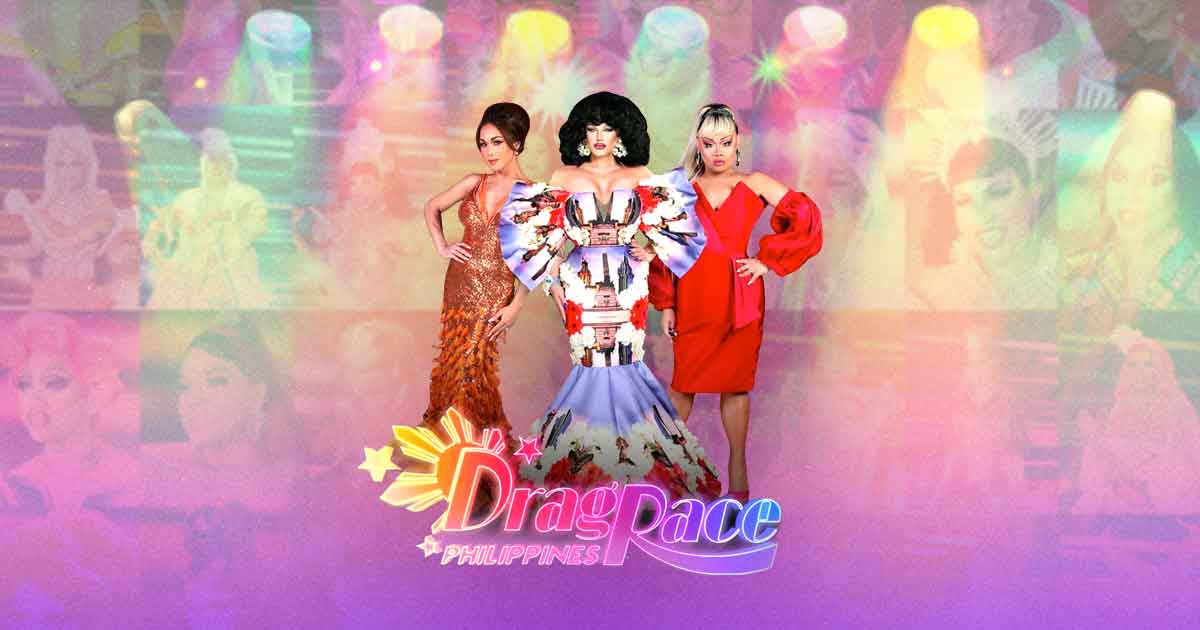 Hey squirrel-friend! The drag gods have finally spoken. We are getting our very first Drag Race Philippines this coming August 17!  Hold on to your wigs, girls, gays, and “theys.” This show is going to be a ride! We’ll be getting new episodes every Wednesday on discovery+ and HBO GO.

In a few weeks, 12 iconic queens will race to the finish line, slaying the whole way there. After the dust settles, we’ll have the first-ever Drag Superstar from the Philippines.

We aren’t just getting Drag Race, because if you saw the teaser, you know there will be fish, looks, and most of all, shade. Rumor has it that we’ll have our very own Untucked. If the rumors are true, that’s definitely something to look forward to. We all know that Filipinos are beasts when it comes to being catty and throwing shade.

What to expect from Drag Race Philippines

On the starting line is this season’s host, Paolo Ballesteros. He’s the face of Eat Bulaga, one of the longest-running noontime shows in the Philippines. The Drag Gods have appointed him to mentor our contestants as they battle it out.

The multi-awarded actor, model, and drag artist is well-known for his makeup transformations. He’s done it all. From rocking original, sickening looks to those by iconic celebrities. You may know him as the glamorous lead of the film Die Beautiful. Either way, we know he’s here to give it to us good.

A stellar lineup of judges joins Ballesteros for the new series. This includes American actress, singer, and drag performer, Jiggly Caliente. She is best known for competing in RuPaul’s Drag Race Season 4 and RuPaul’s Drag Race All Stars Season 6. Multi-hyphenate KaladKaren will also be on the panel.

More star-studded guest judge appearances will also feature this season. Keep your eyes peeled as the show is set to reveal the queens battling it out for the title of Drag Race Superstar!

Make sure to download or stream weekly episodes of Drag Race Philippines on Discovery+ and HBO GO to keep up. The Philippines has waited long enough for our time on the drag global scene. Korique? I say korique.

May the best drag queen win!