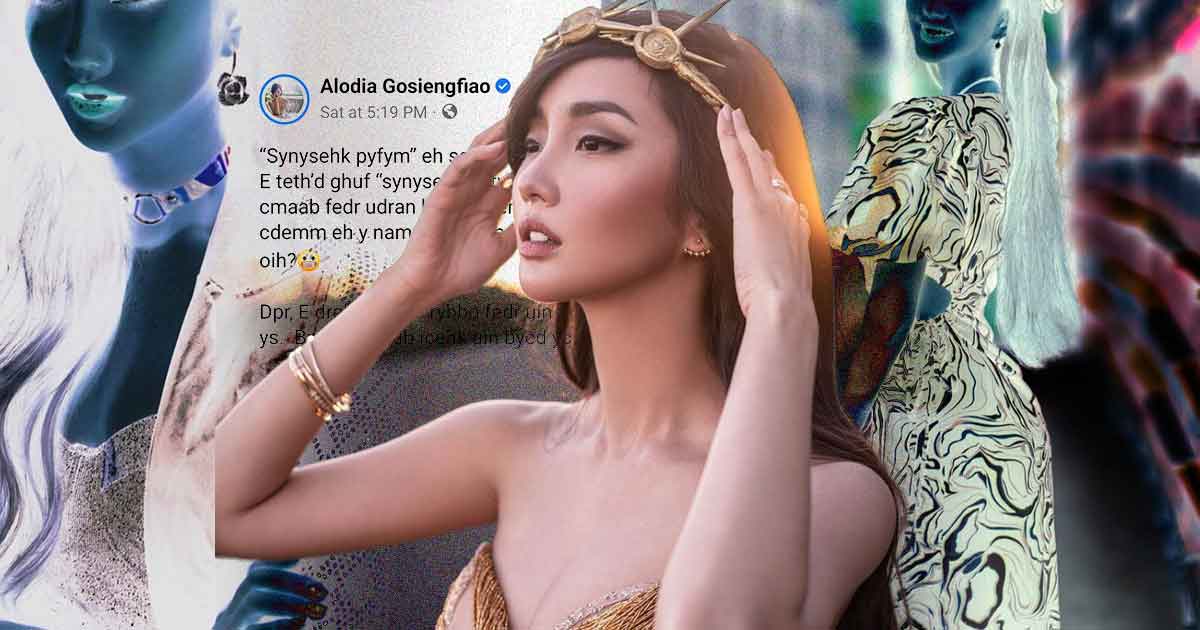 The cosplayer used fictional language to pen a message to an unknown person.

Alodia Gosiengfiao is a cosplayer and anime addict, and she’s played the role-playing video game Final Fantasy before. This makes her well-versed in Al Bhed. She used it to write a message alluding to her past relationship.

Al Bhed is a language in the game. It’s a mishmash of letters that may seem like gibberish to a person who hasn’t played the game.

What’s in an Al Bhed message?

Alodia’s message was a jumble of letters, and some people thought it was a butt post. But eagle-eyed fans realized it was something else.

Of course, to the uninitiated, it’s a wild mess of letters. But fans of the cosplayer and of the game knew that it was a message written in Al Bhed.

The rough translation reads:  “‘Maraming bawal’ in my past relationship? OK, I didn’t know ‘maraming bawal’ na pala ang to sleep with other girls since 2018 when you’re still in a relationship. ‘Di ba basic lang ‘yun? [To be honest], I think we are happy with our present. Me, I am. Please stop using our past as content.”

People were able to decode what the post meant using online translators. Alodia replied to some comments using Al Bhed. But it was easier to sift through the gibberish using a translator.

The gaming star alluded to her relationship with vlogger Wil Dasovich. They confirmed their relationship in 2018. But all good things come to an end, and they broke up in 2021 without telling the public why.

Alodia’s post hinted at cheating during her relationship with Wil. A fan even called her out on it, asking why she stayed. She replied in Taglish that she gave him a second chance because she believed he’d change. Alodia later changed it to the Al Bhed language.

RELATED Alodia Gosiengfiao confirms she and Wil Dasovich have broken up

Wil still hasn’t commented on or reacted to Alodia’s post as of this writing.