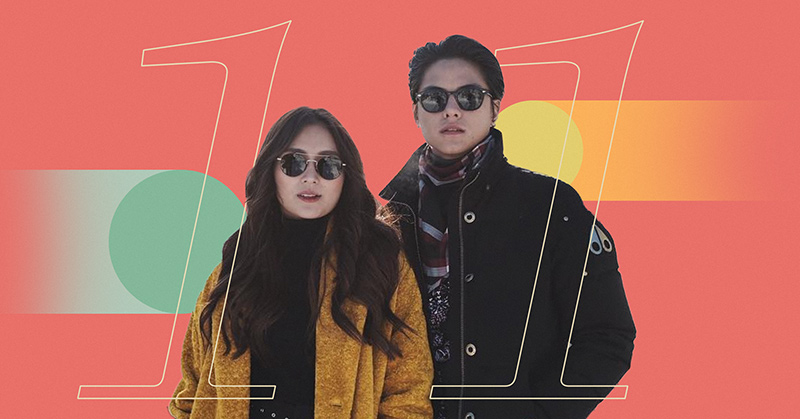 Kathryn Bernardo and Daniel Padilla have nowhere else to go but up in their careers. They acknowledge that they have their loyal fanbase to thank for that. Their fans are why KathNiel is stronger than ever as they celebrate their 11th year as a love team.

Audiences first saw KathNiel together in Growing Up. Their chemistry was well-received, to say the least. It led to hit shows like Princess And I, Got to Believe, and La Luna Sangre. Their current project is 2 Good 2 Be True, which is topping the charts on Netflix.

KathNiel celebrated their 10th relationship anniversary in Thailand last May. They decided to spend their love team anniversary at home, given their busy schedule.

Bernardo took time to show appreciation to their fans on Instagram last Sunday. The couple commemorated their 11 years of being on-screen partners with a cake. The pair blew out the candle and made a wish as “Grow Old With You” by Padilla played in the background.

“Happy 11th anniversary to the best fandom anyone could ever ask for! Thank you for the 11 wonderful years, KathNiels,” she said. “Growing up with you is something we’ll cherish forever, and reminiscing all the memories we’ve shared will always bring a smile to our faces.”

RELATED KathNiel Is Back On Netflix: What To Expect From ‘2 Good 2 Be True’

FreebieMNL would like to congratulate KathNiel on their real and reel anniversary. Whether you love or hate them, they’re still one of the best love teams of our generation. It’s not every day that you see a PH love team going strong even after a decade. Iba sila!