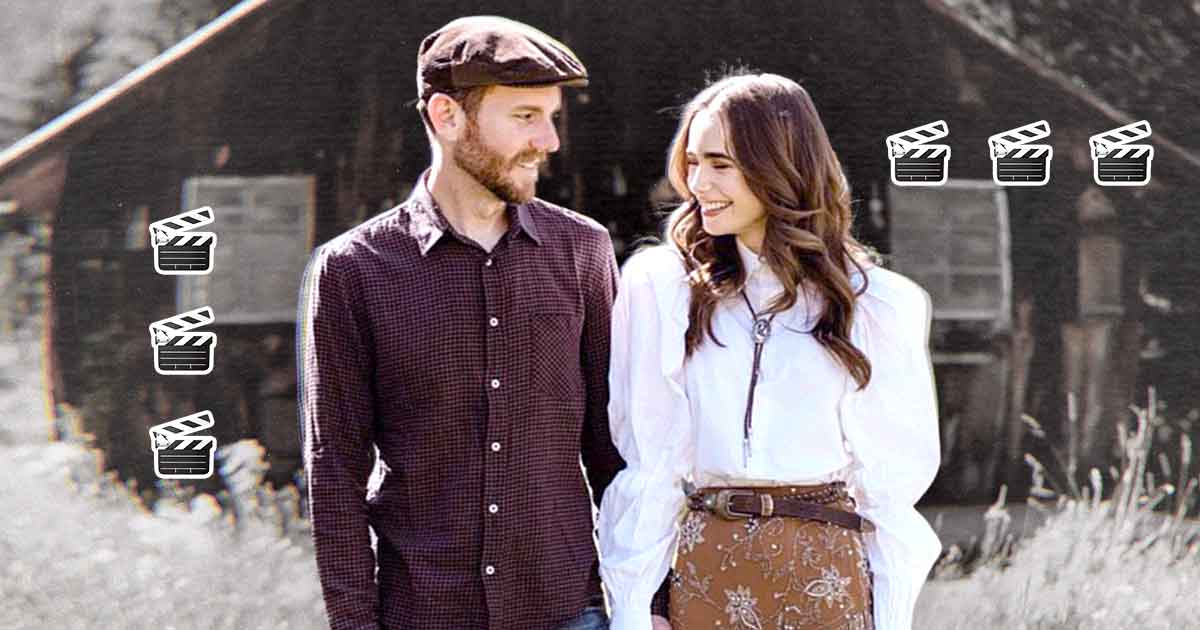 Newlyweds Lily Collins and Charlie McDowell worked together for the first time on the set of the upcoming Netflix film Windfall. Months after filming wrapped up, Lily looked back on the experience and described it as something “really amazing and freeing.”

“Honestly, it was so easy working together. I would forget that it was him,” the Emily in Paris star told Vogue Australia. “It was great, and I’m really, really proud of the movie and I’m proud of him.”

Their project, entitled Windfall, is a drama-thriller movie set to premiere next year. Charlie directed the film, while Lily, Jason Segel, Jesse Plemmons, and Omar Leyva took on the lead roles.

In July, Lily said that her role in Windfall is unlike anything she’s played before. She also described working on this project as something “so intimate, collaborative, and freeing.”

“I’m so excited to finally be able to talk about a film that I had the privilege of making a few months ago with [Charlie McDowell, Jason Segel, and Jesse Plemmons,] she posted on Instagram.

“‘Windfall’ was imagined, created, and finished during quarantine and I couldn’t be prouder of our incredible crew for all the countless hours of hard work, safety, and determination to make this labor of love a reality.”