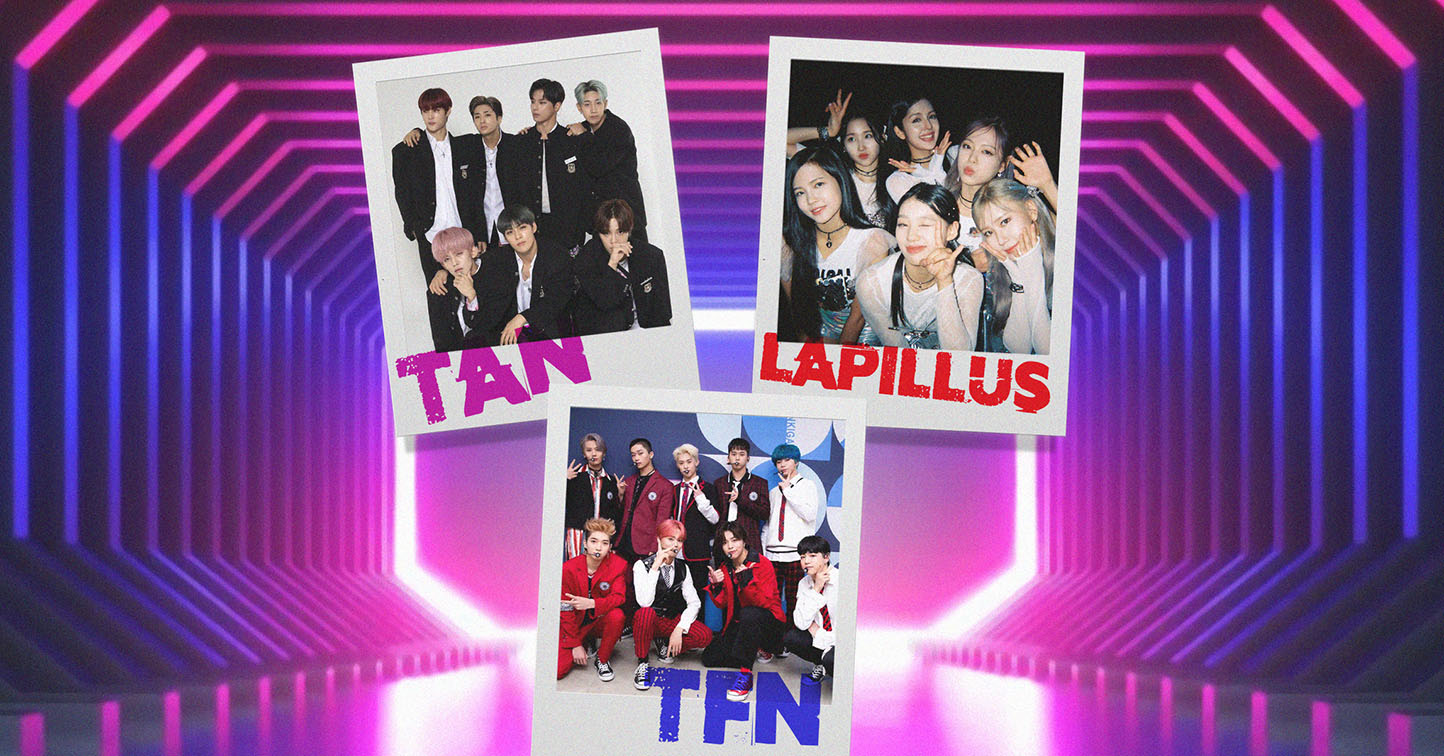 The world is healing. Ergo, fans of rising K-pop stars will have the opportunity to see them up close and personal. They’ll be performing at select Ayala Malls across the country. Intrigued? Then learn more about Lapillus, TAN, and TFN, the K-pop groups coming to an Ayala Mall near you.

Filipinos are big supporters of various K-pop groups. To give back, To All Nations (TAN) is kickstarting their world tour in the Philippines after their big comeback. This powerful K-pop group was formed through MBC’s survival audition show, Wild Idol.

TAN will capture the hearts of every fan with their explosive performances. They’ll sing their hit singles “Beautiful LIE,” “DU DU DU,” and “Louder.” The monster rookie group will be at Ayala Center Cebu on November 12 in partnership with Cebu K-pop Convention and SBTown. A second show will take place at Ayala Centrio Mall on November 13 in partnership with Cliqueplay Events and SBTown.

Fans based in Manila won’t feel left out as two of the freshest groups are set to appear in the metro, too.

TFN, formerly known as T1419, is hitting new milestones with its recent comeback. The South Korean–Japanese boy band will melt hearts as they show off their striking visuals and musical versatility through their performances. They’ll perform songs from their brand-new EP Before Sunrise Part 4.

Meanwhile, K-pop girl group Lapillus continues to make waves across the country after their first-ever visit to the PhilippinesIfse you missed the chance to see the six-member all-girl group, here’s your second chance.

Lapillus, along with former Kapamilya talent Chanty, who became part of the said girl group, will perform songs from their freshest EP, Girl’s Round Part 1.

Mark your calendars, and don’t miss out on seeing and hearing these rising K-pop artists live at an Ayala Mall near you.