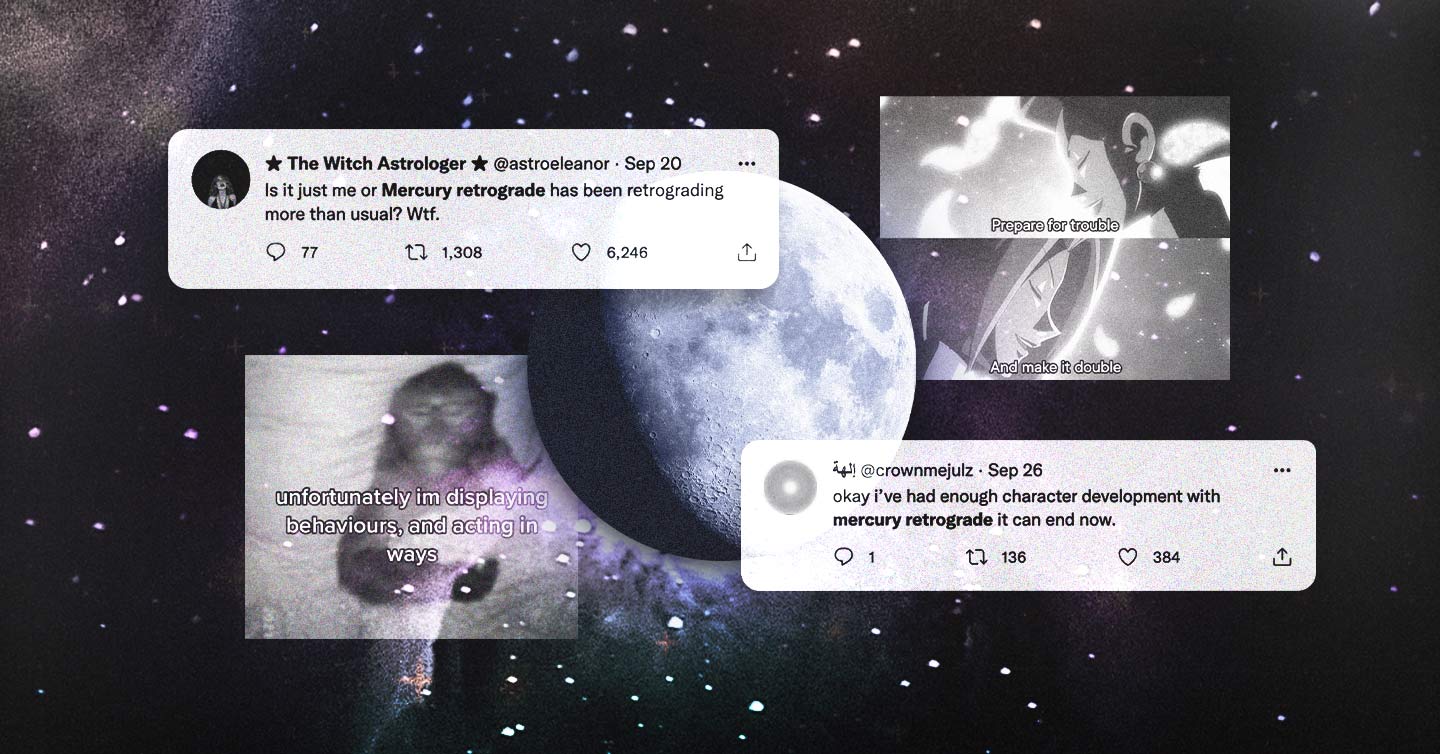 Till you know what it means, you really need to stop blaming a planet for your questionable decisions

You must’ve seen the term “Mercury Retrograde” a lot recently. Alas, that is because it is now upon us… only for a while, though. Have you ever wondered what it means? What this could mean for you?

What is Mercury Retrograde?

Mercury Retrograde is a celestial event that happens around three times a year. It’s a time when the planet Mercury appears to be moving backward. This, of course, is an optical illusion– a trick of the eye.

Mercury comes with communications, trade, and anything that deals with commerce. When retrogrades happen, not necessarily with Mercury, the meanings of each planet are in reverse. With that, the opposite of clear communication would be miscommunication. You get the gist.

It’s around this time that you may experience difficulty in communication. This doesn’t just mean with other people but with yourself as well. Despite this, it also means that it’s time to reflect and revise certain aspects of your life. With Mercury’s meaning in reverse, it means a lot of going back and forth to decisions or thoughts.

Thankfully, retrograde ended moments ago which was from September 9th to October 1st. But, you can expect another Mercury Retrograde to happen around later this December 28 to January 18, 2023.

How does it affect you?

Confusion would be a good place to start. Because communications are now in reverse, you’ll be thinking a lot. This might lead to a lot of overthinking or even making the wrong decisions. Though, this isn’t necessarily a bad thing. This often means that you need to think very carefully about what you say and do as they’re not done with a sound mind.

On a more romantic note, a lot of romances die during the time of Mercury Retrograde. This is because couples will often get into fights. It happens due to either a lack of communication or not understanding what the other person wants to say. This is what we mean by being careful.

This also affects a lot of travel. Meaning, you might not get to certain places or not at all. With that said, you should settle your traveling affairs before or after retrograde.

RELATED How Mercury Retrograde Can Help You Make Better Decisions