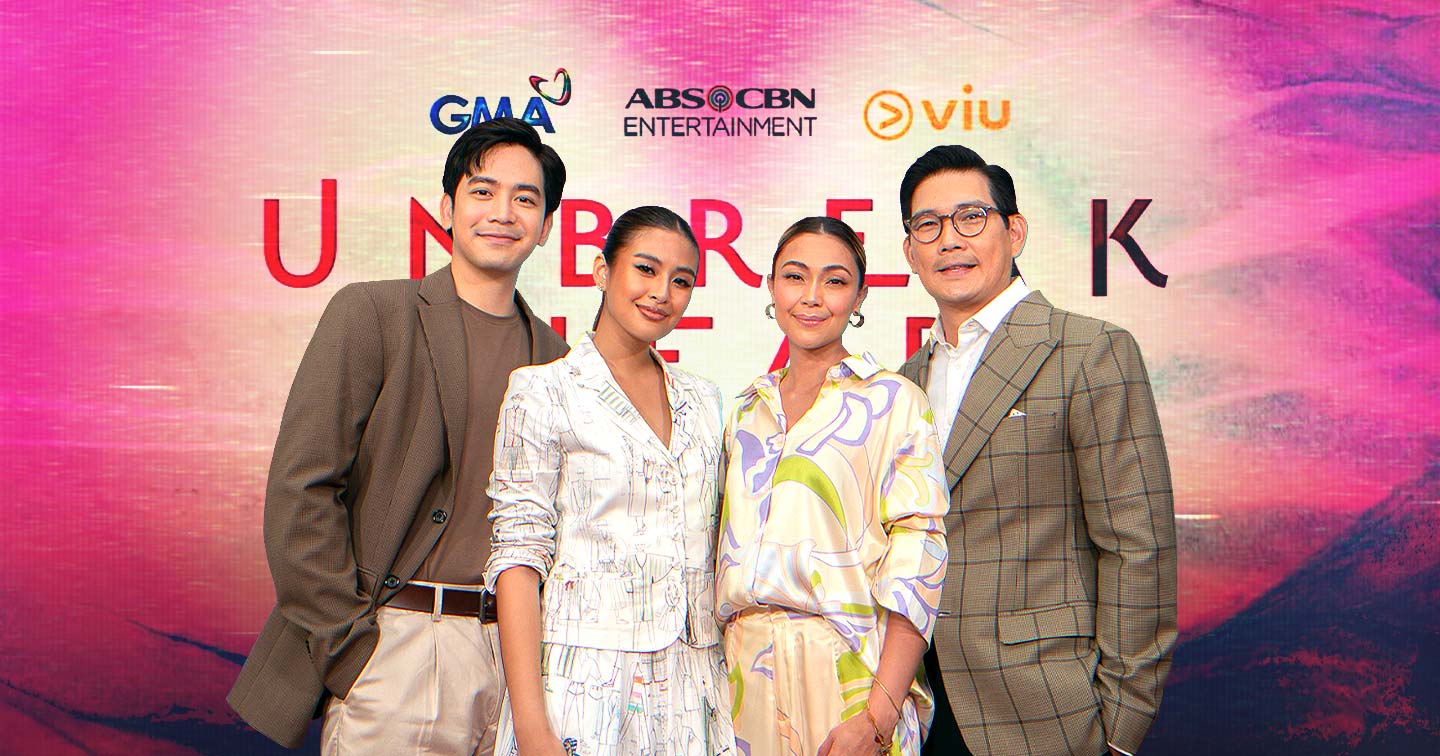 The GMA and ABS-CBN collab breaks new grounds on Philippine Television as they co-produce a new TV series together.

Titled “Unbreak My Heart,” the series features a mix of actors from both networks, headlined by Jodi Sta. Maria and Richard Yap.

Sta. Maria and Yap used to be one of ABS-CBN’s prime love teams known as JoChard. ABS-CBN even crowned them as the “Daytime King and Queen” after their series, “Be Careful With My Heart,” broke records in the ratings game for a pre-noontime slot. In 2020, however, Yap left ABS-CBN and transferred to GMA Network.

Sta. Maria, who previously headlined VIU and ABS-CBN’s “The Broken Marriage Vow,” says this about her new show: “This collaboration will really bring in opportunities not only to the networks, but for the people working in the network, for the people in the industry.”

Yap, aside from being part of the milestone, also expresses his excitement over his reunion with Sta. Maria. He says, “I’m really proud, honored, and excited to be part of this show, which is history in the making since this is the first time that two network giants will be working with each other. Of course, I’m also excited to be working with Jodi again and all the other people in the cast.”

Homegrown talents from both networks join the JoChard love team as the show’s headliners: Gabbi Garcia for GMA and Joshua Garcia for ABS-CBN.

Another part of this collaboration for the streaming side is VIU, a leading pan-regional over-the-top video streaming service. VIU has partnered with both ABS-CBN and GMA for some of its shows.

Who are part of the GMA-ABS-CBN collab?

Dreamscape Entertainment, one ABS-CBN’s prime content providing units who helmed “Ang Probinsyano” and “The Broken Marriage Vow,” produces the show. The show will air on GMA Network with VIU as the streaming platform.

Aside from its four headliners, the supporting cast of “Unbreak My Heart” features freelancers and homegrown network talents, including Star Magic veteran Nikki Valdez and actress Eula Valdes, who does projects for both ABS-CBN and GMA.

Esteemed director and actress Laurice Guillen, who starred in some ABS-CBN shows in the past, returns to acting for the series after directing a string of GMA programs.

Dolly Dulu and Manny Palo serve as the directors of the program.

The GMA-ABS-CBN collab was made official during a recent contract signing and story conference held at ABS-CBN. Top officials from the two networks and VIU attended the event.

Gozon-Valdes says about the milestone: “It’s a first for Philippine TV, and I’m sure it’s the audience that will be the winners in this collaboration. We’re very excited to be working with ABS-CBN on TV for the first time.”

Meanwhile, Garcia is excited to see what the show can offer to the audience, saying, “Today, we are able to proudly showcase that on our platform with premium Filipino content not just for Filipino audiences but also for global audiences to appreciate and enjoy. This is with a vision of bringing the best of the Filipino talent on-cam and off-cam to the world.”