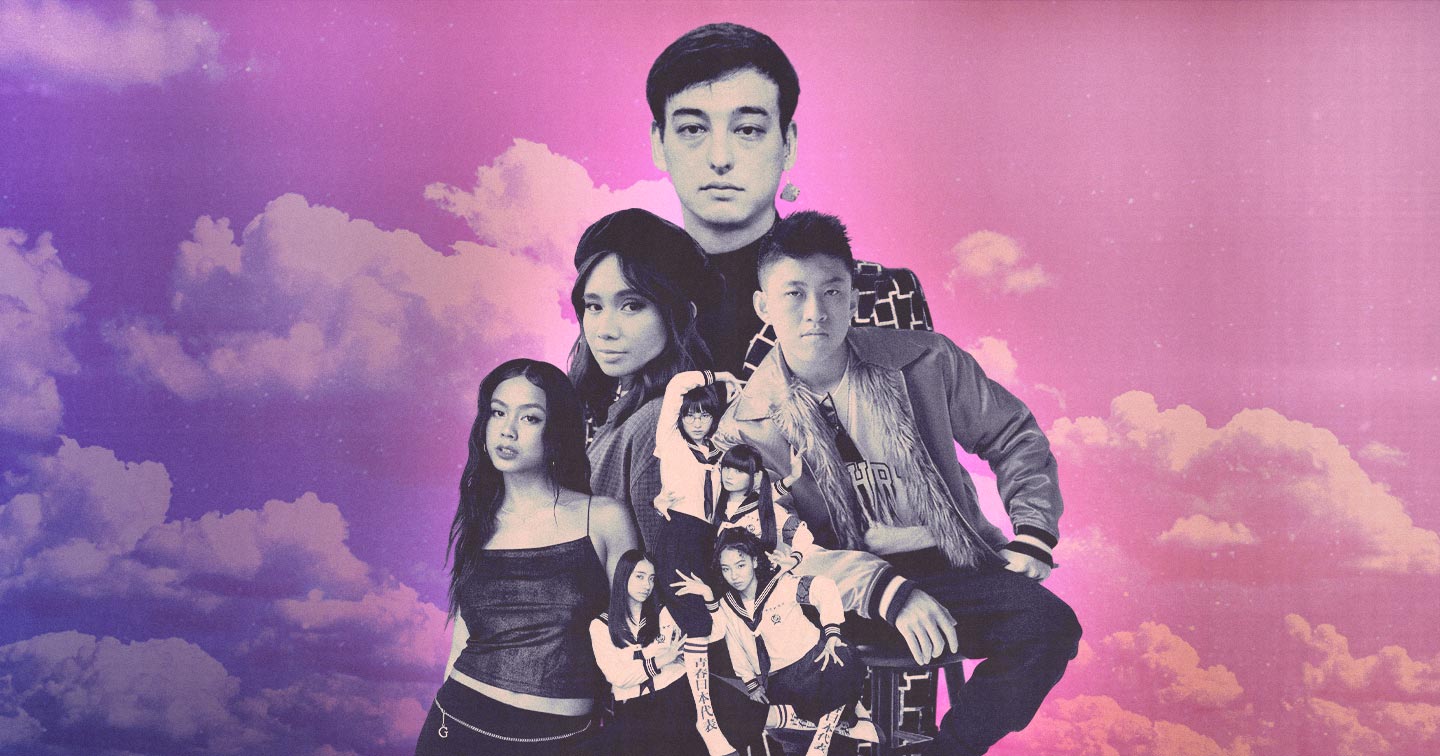 Head In The Clouds (HITC), 88rising’s much-anticipated flagship festival, is nearing its two-day Manila leg, and more artists will be joining to entertain their Filipino fans. The first-ever HITC Manila has a lineup full of talented artists who will celebrate Asian music and diversity for Pinoy music enthusiasts to enjoy.

Following the success of last year’s flagship festival, rising and well-known stars have made a comeback in the lineup to once again showcase their talent. In case you are wondering which groups or artists are rejoining, here’s a list for you.

Atarashii Gakko! is a Japanese girl group best known for its hypnotizing pop and jazz-rock sound. Members include Rin, Suzuka, Kanon, and leader Mizyu. They made a debut back in 2015 and had their US debut last year with their hit song “NAINAINAI.” Whether you already know of them or this is your first time hearing about them, you’ll surely enjoy their music.

BIBI is a South Korean singer-songwriter who debuted in 2019 with her hit song “Binu” and has since gained attention worldwide. You’ll surely bop to her songs like “The Weekend,” which also has various remixes. Her futuristic style and captivating voice will have you enjoying the weekend.

DAY6 vocalist and lead guitarist Jae uses eaJ as his moniker for his solo projects. His song “LA TRAINS” marked his first venture into being a solo artist. Eventually, he collaborated with other 88rising artists, such as keshi, Seori, and Rich Brian. His soulful ballads will make the night glow as he gets to serenade you this weekend.

Tim Wu, also known as Elephante, is a Taiwanese-American DJ and producer. He has reached global recognition after releasing electronic dance music, such as “High Water” and “Dopamine.” Last year, he also released his second album, “Heavy Glow.” Get ready to dance the night away to his songs once he’s up on stage!

Guapdad 4000 must be elated to perform for his kababayans in HITC Manila. The Filipino-American rapper and singer-songwriter has always been proud of his heritage and even released hit songs like “Dragonball Durag” and “Chicken Adobo.” His diverse musical style will make every listener hooked to his set from start to finish.

Initially starting his career as a YouTube personality and a comedian, Joji proved that his talent isn’t only making people laugh but also mesmerize them with his voice. He focused on music and started his career in 2017. His Billboard-topping songs like “Sanctuary” and “Dancing in the Dark” made him an acclaimed artist in the digital space.

NIKI is an Indonesian-born artist that made a viral track on TikTok (the “You know I’m your type, right?” line in her song “Indigo”) and released a debut album back in 2020. She also contributed songs to Marvel Studios’ “Shang-Chi and The Legend of The Ten Rings” soundtrack album. The album features her songs “Every Summertime,” badass “Clocked Out” with Audrey Nuna, and “Swan Song” with Fil-Am rapper Saweetie.

Ever since his viral song “Dat $tick” was released six years ago, Rich Brian has continued to rise to the top and be well known all over the world. He already has two studio albums and bbno$’s song “edamame,” which featured Rich Brian, became an instant hit on TikTok so be ready to groove once he hypes you up while performing his hit songs like “New Tooth” and “VIVID” featuring $not.

Filipino festival goers might remember Filipino-Australian Ylona Garcia as one of the housemates on the reality show Pinoy Big Brother: 737, but this time, she’s no longer the teen that we witnessed on TV as she has now evolved into an international artist with hit singles like “Vibin’,” “All That,” “Don’t Go Changing,” and “Entertain Me” which was used in the game Valorant to introduce Neon, Valorant’s first-ever Filipino agent.

Indonesian singer-songwriter Stephanie Poetri will surely win your hearts with her catchy pop songs like “I Love You 3000,” “Appreciate,” “3PM,” and “Do You Love Me.” With a music teacher father and a pop star mother, music and talent surely do run in the family.

Another Indonesian talent under 88rising is Warren Hue, previously known as warrenisyellow. His fast-rising stardom proved how seasoned and talented he is in music, as he was also featured in the 88rising x Marvel Studios’ “Shang-Chi & The Legend of the Ten Rings” soundtrack album. His unique songs and hip style will complete your weekend HITC experience.

The first-ever HITC in the country will be held at the SM Festival Grounds in Parañaque City this December 9 and 10, 2022. First-time artists to join the lineup are Jinxzhou, Spence Lee, Zack Tabudlo, Milli, Manila Grey, and Jackson Wang, with Zedd as a special guest. South Korean star Jessi, who is known for her viral and LSS-inducing songs “NUNU NANA,” “ZOOM,” and “What Type of X” is also coming back to Manila as part of the HITC Manila lineup.

You can still buy your tickets here.