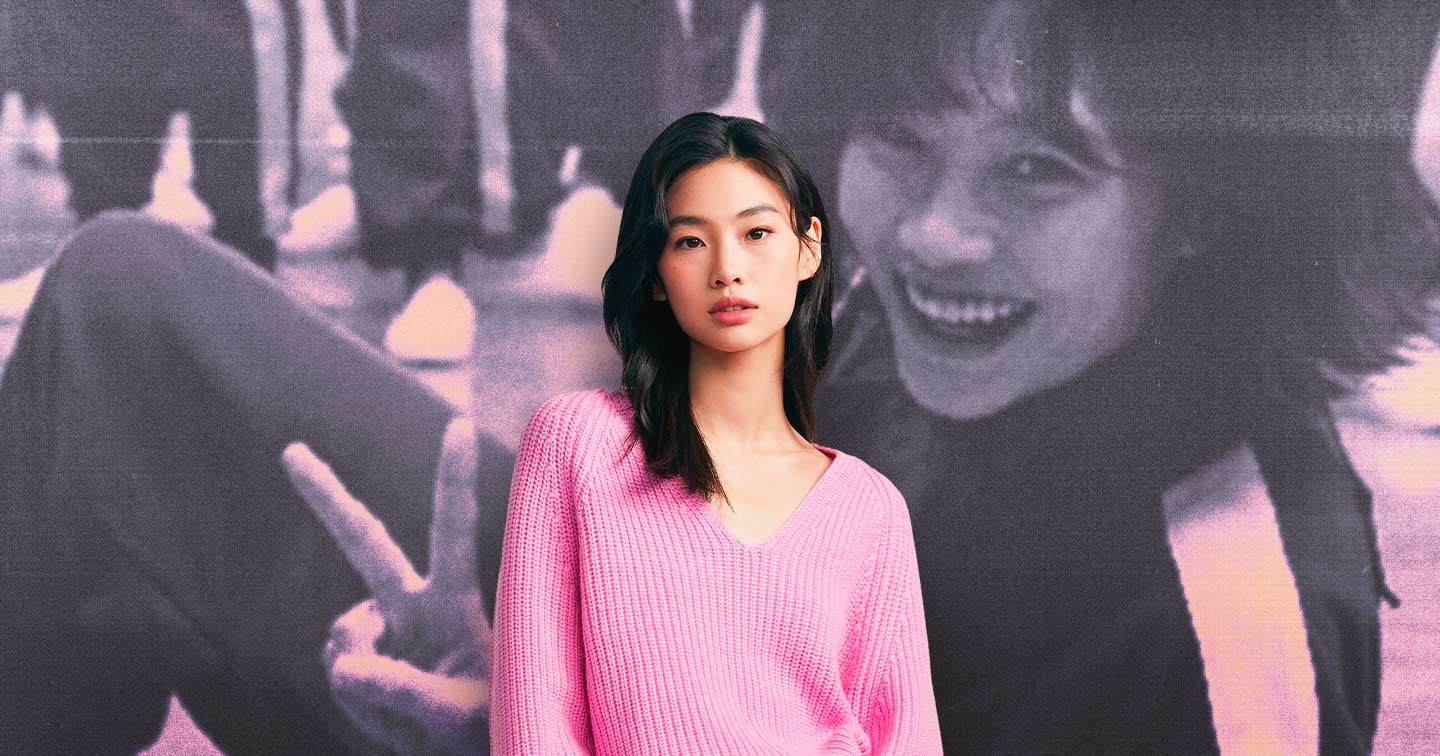 Jung Ho-Yeon recently held her first-ever fan meeting in the country. Ho-Yeon is a South Korean actress and model known for her role as Kang Sae-byeok in Squid Game. The show was received well worldwide.

Jung Ho-Yeon began her career as a model. At 19, she finished second in Korea’s Next Top Model’s fourth season. She eventually moved to New York City and signed with The Society Management. She worked with high-end labels until 2019. A year later, she became an actress under Saram Entertainment and debuted in Squid Game.

Upon arriving in the Philippines, Ho-Yeon shared a photo of a jeepney on her Instagram stories. The actress also posted a photo of a Pinoy Santa Claus figurine.

Before her fan meeting, Ho-Yeon greeted the media at a press conference at Marco Polo Hotel Ortigas. She told TV and events host Sam Oh that it was her first time traveling to the Philippines for work, but she had been in the country for leisure. She said she had wanted to return to the Philippines, so she is grateful to IAM Worldwide, a local brand for which she is the first and only Korean endorser, for making her wish possible.

“Since Squid Game, things took off for my career. I became, like, the most followed Korean actress. I noticed that of all my followers, my Filipino fans are ranked at No. 2. So I always wanted to go to the Philippines and meet my Filipino fans because of all of their support.”

One media outlet asked which part of the country she’d like to go to. She said, “I heard that there are a lot of islands in the Philippines, a lot of them where there are no people. So I’d like to go on one of those and do nothing. Because I need a break right now, and that’s what I want to do.”

What’s next for the IAM Worldwide endorser

The ‘Squid Game’ actress revealed that she has three upcoming projects we can look forward to. There’s the Apple TV series Disclaimer, a film called The Governess, and another film with Netflix Korea. When translated into English, it has a working title that means “Korean Fried Chicken.” (Ho-Yeon joked that her friends often ask her why she chooses projects named after animals.)

She was then asked about her dream role, to which she said, “I don’t have one. I want to try all genres and play all kinds of characters. So I don’t have an answer to that right now. I want to explore and do different things.”

Ho-Yeon added that she wants a role she can sink her teeth into because of her creative process as an actress. “I like to take my time to get to know my character. The experience is different with every new character that I play.”

Finally, she said she had looked forward to “saving memories” of the Philippines.

“The Korean expression is ‘I want to contain a lot of things in my eyes,’ so I want to see many different things. I’m taking many pictures because I want them to stay in my mind. It could be even little plates, little facial expressions that I see here. So that’s what I would like to do, save memories. I also want to give hugs, but of course, the concern now is the virus.”

She ended by saying, “Mahal ko kayo,” and flashing a finger heart at everyone in the room.