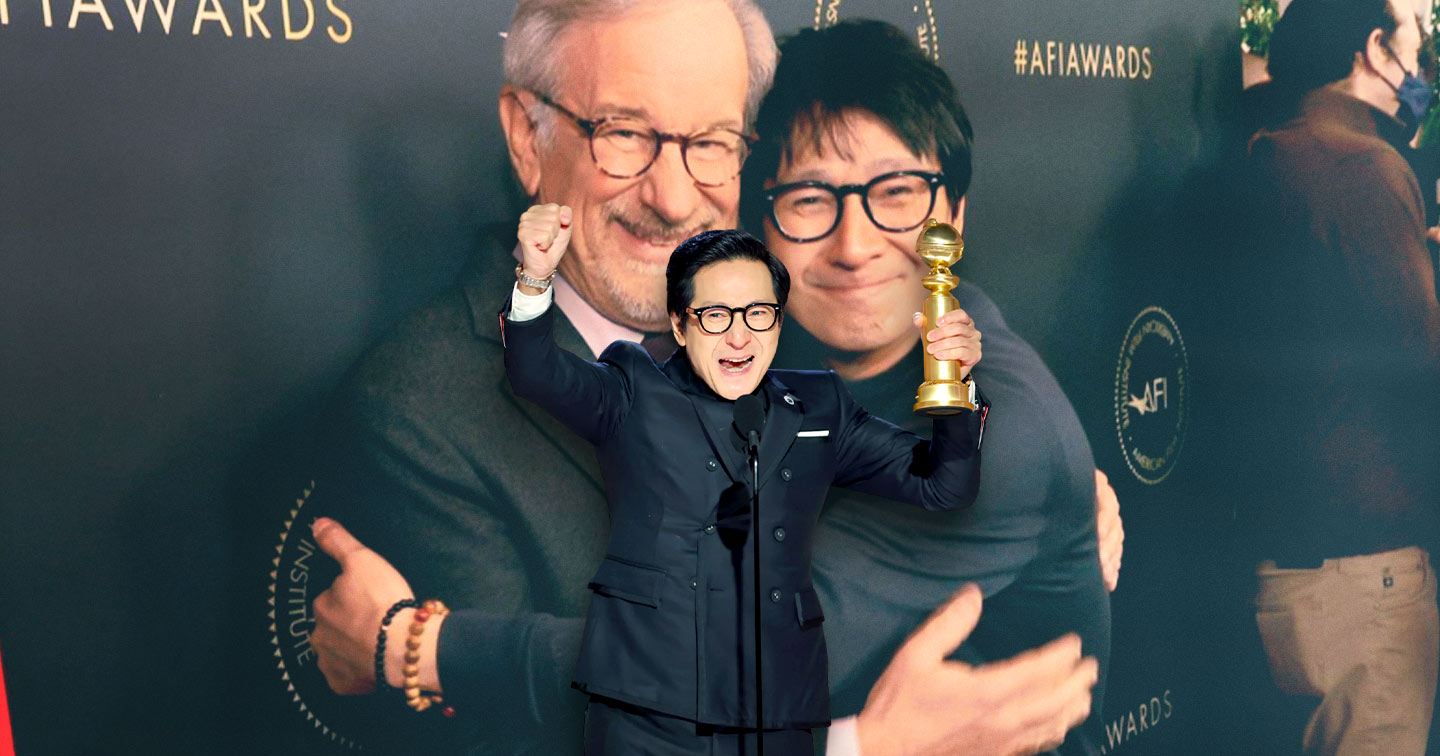 Ke Huy Quan wins his first Golden Globe at the event on Sunday, January 11, 2023. He wins the Best Actor in a Supporting Role for the film “Everything, Everywhere, All At Once.”

During the program, the actor reunites with one of his good friends and hero, Steven Spielberg.

Quan gives his speech with tears of joy as he looks back on being a child star, admitting how hard it was to book roles after his projects’ “Indiana Jones” and “The Goonies.”

“I was raised never to forget where I came from and always to remember who gave me my first opportunity. I’m so happy to see Steven Spielberg here tonight. Steven, thank you,” says Quan after accepting his Best Supporting Actor award.

As Quan gives his speech, Spielberg blows a kiss at Quan to show his support. Spielberg has also won an award that night,

“When I started my career as a child actor in ‘Indiana Jones and the Temple of Doom,’ I felt so lucky to have been chosen. As I grew older, I started to wonder if that was it, if that was luck. For so many years, I was afraid I had nothing more to offer; no matter what I did, I would never surpass what I had achieved as a kid. Thankfully, more than 30 years later, two guys thought of me. They remembered that kid and gave me an opportunity to try again,” adds Quan in his speech.

During the show’s commercial break, Mark Harris tweeted a photo of Quan and Spielberg hugging it out.

Sometimes the best stuff happens during the commercials. pic.twitter.com/lwRvpX7oW9

Harris writes in the caption, “Sometimes the best stuff happens during the commercials,” which clearly defines the moment as one of the Golden Globes’ highlights.