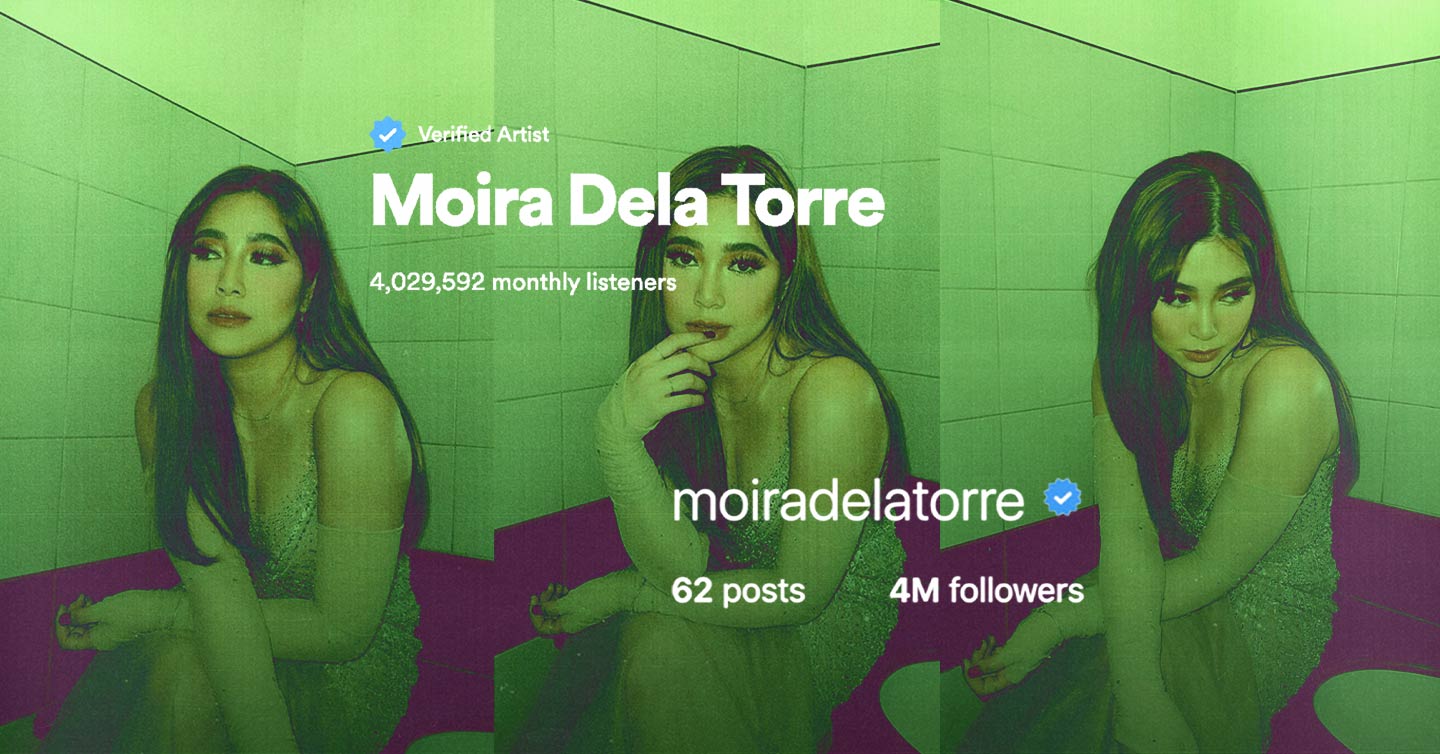 She also went viral for her Idol Philippines finale look!

Moira Dela Torre is on a roll, with one highlight after another leading her way. Just last month, she was featured on a billboard in Times Square at New York City, with a little help from Spotify. Earlier this month, she also made waves with her svelte figure and glam look at the finale of “Idol Philippines” season 2.

A post, made on September 20th, seemed casual enough. A carousel of photos where her figure was shown off in the glittery look, with a caption thanking everyone “for making [her] feel extra beautiful.”

Comments poured in almost immediately from celebrities and netizens alike, including Dela Torre’s closest friends. Vlogger and content creator Mimiyuuuh gushed, “Iconic!!!,” while singer Adie posted emojis of hands forming a heart shape. A netizen with the username @jeccckoi tagged a friend then commented “ang ganti ng hiwalayan.” Another netizen, @baby_pinon_, wrote “I admire you Moira for showing the world that life must go on despite of what you having through..you’re a very strong young beautiful lady.”

The look was certainly a step away from the usual looks Dela Torre is seen in. It was all-out glam, with the dress being one of the more daring ones she’s ever worn. It was sheer and glittery for the most part, a strappy sparkler with a low neckline.

Almost a week later, Dela Torre posted in celebration of another milestone. She had hit 4 million followers on both her Instagram and Spotify account. Paired with a grinning selfie holding up four fingers, she wrote: “we hit 4M on @instagram & @spotify todaaaay!! ly guys thank u thank u thank u”

This was right on the heels of a post promoting a live performance of “Dito Ka Lang.” The caption for that post encouraged fans to watch until the end for a special announcement. And what an announcement it was! A black screen appeared with the words “MOIRA WORLD TOUR 2023“ in big letters, with “DETAILS TO BE ANNOUNCED SOON” underneath.