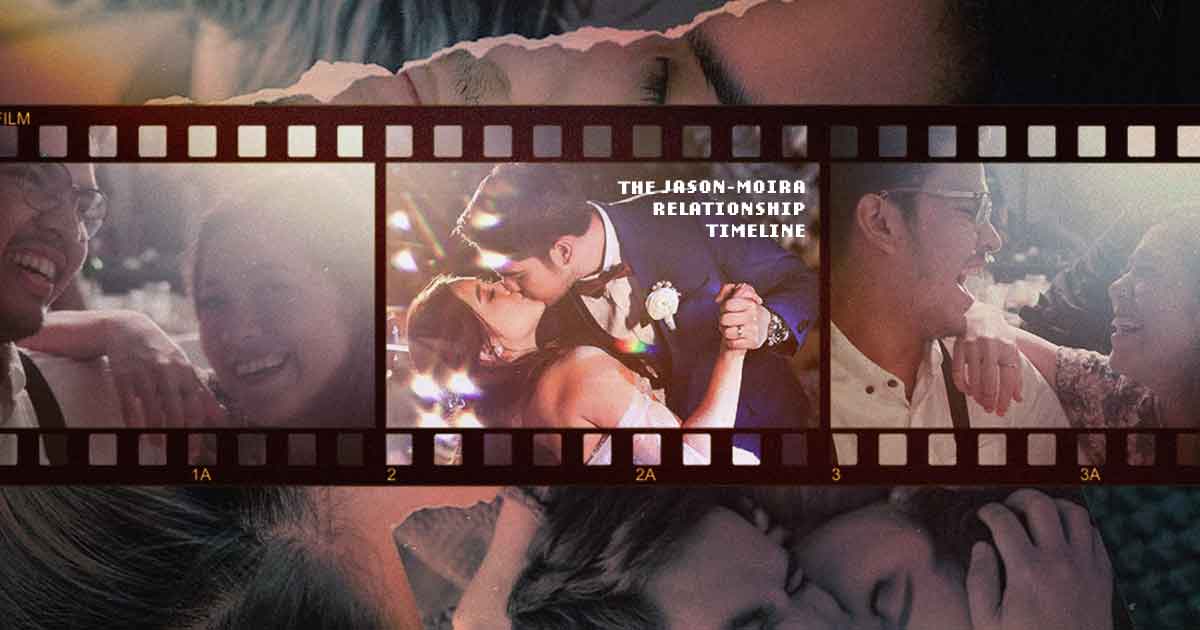 Their love was a fairytale. But its ending was less than happy.

Jason Hernandez and Moira Dela Torre met in 2012. They were both Music Production students at the De La Salle-College of Saint Benilde. They hit it off immediately and became best friends.

On December 4, 2016, at 11 in the evening, Jason fell in love. As he tells it, he was watching Moira write something in a planner when it clicked. He decided to court her a month later. In turn, Moira didn’t make him wait too long. She said “yes” to being his girlfriend on February 16, 2017.

The calm before the storm

In April 2018, Moira got the surprise of her life. Jason got down on one knee and asked her to be his wife. When they sat down with Vice Ganda, they revealed they got engaged on the set of the “Tagpuan” music video.

Less than a year later, Jason and Moira got married. They had a civil wedding before their star-studded garden wedding on January 8, 2019, at Narra Hill. Regine Velasquez and her husband Ogie Alcasid were in attendance. Also there were Erik Santos, Maricar Reyes (who came with her husband Richard Poon), and Sam Milby.

A year later, they dedicated long Instagram posts to each other. A few months later, in November, Jason called Moira “his light, his smile, his warmth” on Instagram. The message was part of his birthday tribute to her.

The couple marked their 3rd anniversary last January. Moira even said that her love for her husband is “more than she will ever be able to sing about.”

Jason and Moira no more

In April 2022, rumor had it that Jason and Moira’s marriage was on the rocks. At the time, Jason denied everything in a tweet. But a few weeks later, Jason and Moira confirmed they called it quits. They released a joint statement on the last day of May.

Jason’s caption for their statement went viral. In it, he admitted to cheating on Moira. “She deserved to know the truth rather than continue down a ‘peaceful’ but dishonest path. I take full responsibility and I’m doing my best to be better,” he wrote.

In the days that followed the couple’s breakup, influencer Xian Gaza reposted a photo of Jason with a man. The insinuation was that the man was the cause of Jason and Moira’s breakup. But the man turned out to be the couple’s handler Mac Merla. In fact, Moira herself took the photo in question some time ago.

Furthermore, a certain Ken Gaddi posted intriguing screenshots on Facebook. The screenshots were of a conversation between him and an unnamed individual. The latter insinuated that both Jason and Moira had cheated on each other. Ken soon took the screenshots down and replaced them with a “condensed” version. However, as of June 3, Ken’s Facebook has been deactivated.

What’s next for Jason and Moira

Meanwhile, a previous interview of Moira’s with Boy Abunda resurfaced following the breakup.

“Usually, pag nag-end ang relationship, mahal pa rin naman ang isa’t-isa. They both want to fight for each other. But the other person’s way is to let go and grow on their own and with God. The other one wants to stay and fight for what they have,” she said.

The interview took place when Moira was promoting her song “Patawad, Paalam” with I Belong To The Zoo.

No one knows what’s on Moira’s mind right now, but many people are praying for healing for her and Jason.