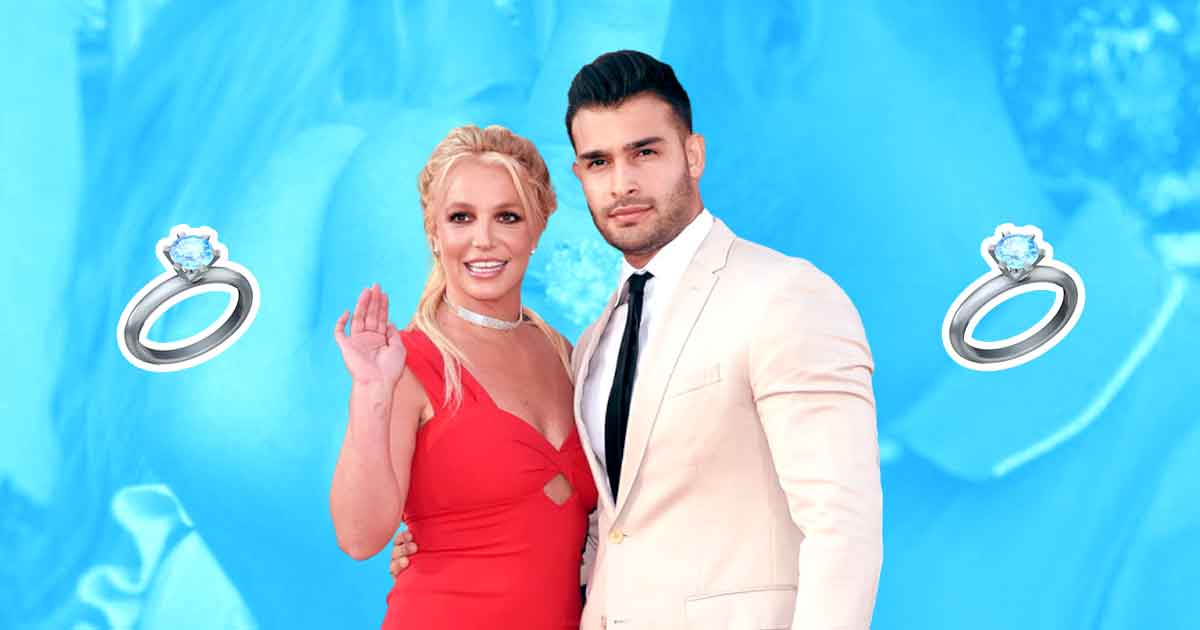 It’s official — Britney Spears is now engaged to her partner of nearly five years Sam Asghari, as seen on each of their ecstatic Instagram posts on Sunday.

Asghari’s talent manager Brandon Cohen also shared a supplementary statement to People, saying he is “proud to celebrate and confirm the engagement” and that the couple is “deeply touched by the support, dedication and love expressed to them.”

In an adorable Instagram reel, Spears flaunted her engagement ring, which, according to Cohen, was designed by New York City jeweler Roman Malayev.

The ring, which is estimated to be worth $70,000, features a four-carat round brilliant stone in a platinum cathedral setting, with pave detailing on the ridge and flush-set diamonds on the prongs and basket. Engraved on the inner side is the word “lioness,” a nickname that Asghari gave his now-fiancee.

“Yes!” shouts Spears when Asghari asks her if she likes the rock.

Meanwhile, on Asghari’s corner of Instagram is a photo of the two sharing a kiss behind Spears’ raised ring finger. The Iranian-born actor kept his caption subtle by simply posting the bride and groom emojis.

Spears, 39, and Asghari, 27, first fell head over heels for each other in November 2016 while shooting the former’s music video for her single “Slumber Party.” It wasn’t long until the two developed a truly tight bond, which was built on their mutual love for fitness and travel.

The pair’s engagement is the latest in a string of exciting news for the “Circus” singer. Just days prior, Britney’s father, Jamie Spears, filed a petition to end the pop star’s 13-year conservatorship.

Amidst her long-standing battle to reclaim control over her estate, Spears only had sweet words for Asghari who has stuck with her through the “hardest and the best years of her life.”