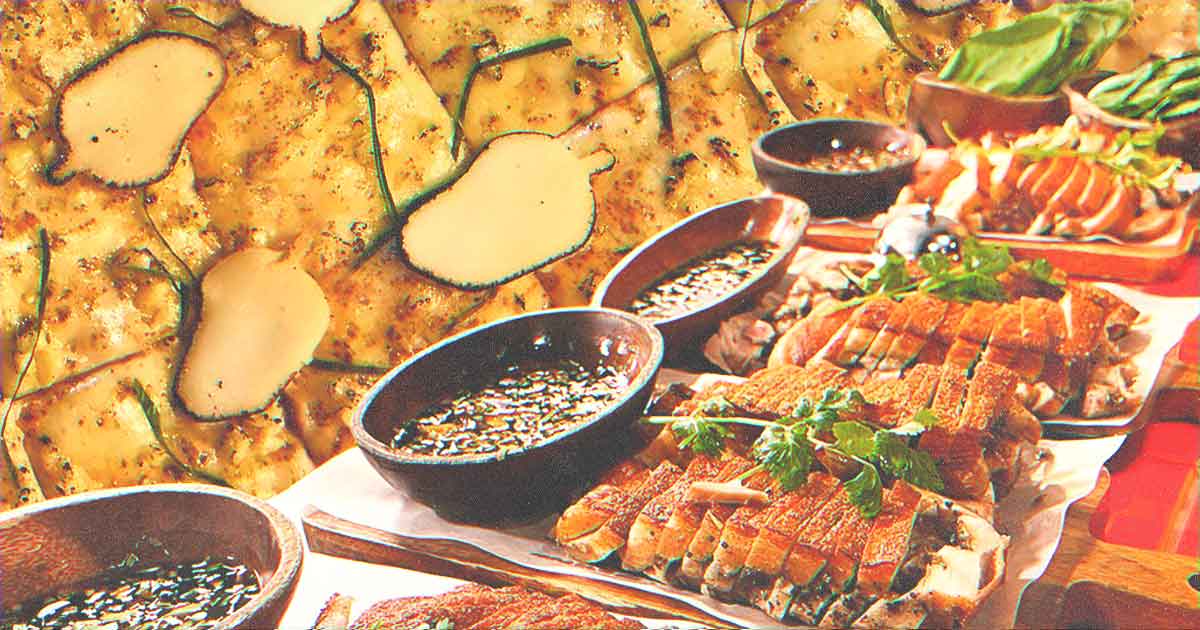 Habanero is trending for its great cocktails, spicy delights, and more!

As the name suggests, Habanero Kitchen Bar is a haven for spicy food lovers. Anyone that’s been to Cubao Expo in the last 4 years or so will know this bar. It’s got a menu that made regulars out of many first-time eaters.

Its bestsellers include pasta, pizza, steaks, and their signature lechon. They’ve also got carbonated lambanog, shots, and more! My friend Maddie Art and I picked out some of their bestsellers for a working lunch some weeks ago.

TikTokers have been drawn to the restaurant for months now, and the hype doesn’t seem to be slowing down. One of the most viral videos is at over 300,000 views!

The first item that comes to mind when asked about this place is the 1 Kilo Lechon Habanero. And for good reason! On the menu, it’s described as “sous vide pork belly” with “fresh habanero peppers and special spices.” If you ask me, they should also have used ‘special’ to describe the whole dish.

It’s often paired with buro (fermented rice and shrimp) and mustasa leaves. Some also say it’s like the Filipino version of Korean samgyupsal. To take things slow, we ordered it at Heat Level 1. This is mild and fit for tweens, though little kids may want to try something else. Next time, I’m definitely going to try Heat Level 2!

Another beloved Habanero staple is their Three Cheese Pizza. At first glance, it may seem like a lot for P500, but it’s well worth the price tag. All pizzas are made-to-order fresh at the restaurant.

This one has fresh basil, grilled cheddar, mozzarella, queso de bola, and white sauce. It also has an iteration that involves quite a bit of rum. Double-check it with the attentive waitstaff if you have kids with you!

Now for something completely different

Habanero’s balut takoyaki dish is the most amusing Filipino-Japanese fusion I’ve seen in a long time. It’s quite literally a balut that’s been stuffed into takoyaki batter and fried.

Filling aside, it’s very much traditional, with Japanese mayo and bonito flakes. While this may sound a bit much or strange, trust me, it’s delicious. One bite will leave you wanting more.

Maddie also went for one of their pasta dishes. She had the creamy white truffle mushroom pasta. For drinks I had their fresh cilantro mojito with extra mint. Meanwhile, Maddie opted for water because she had a sudden meeting. (Though she had a few sips of my drink as soon as she shut down her laptop!)

Habanero Kitchen Bar is located at Cubao Expo, Gen. Romulo Avenue, Cubao, Quezon City. Like most of Cubao Expo, they are closed on Mondays. For inquiries, you may visit their official Facebook and Instagram pages.