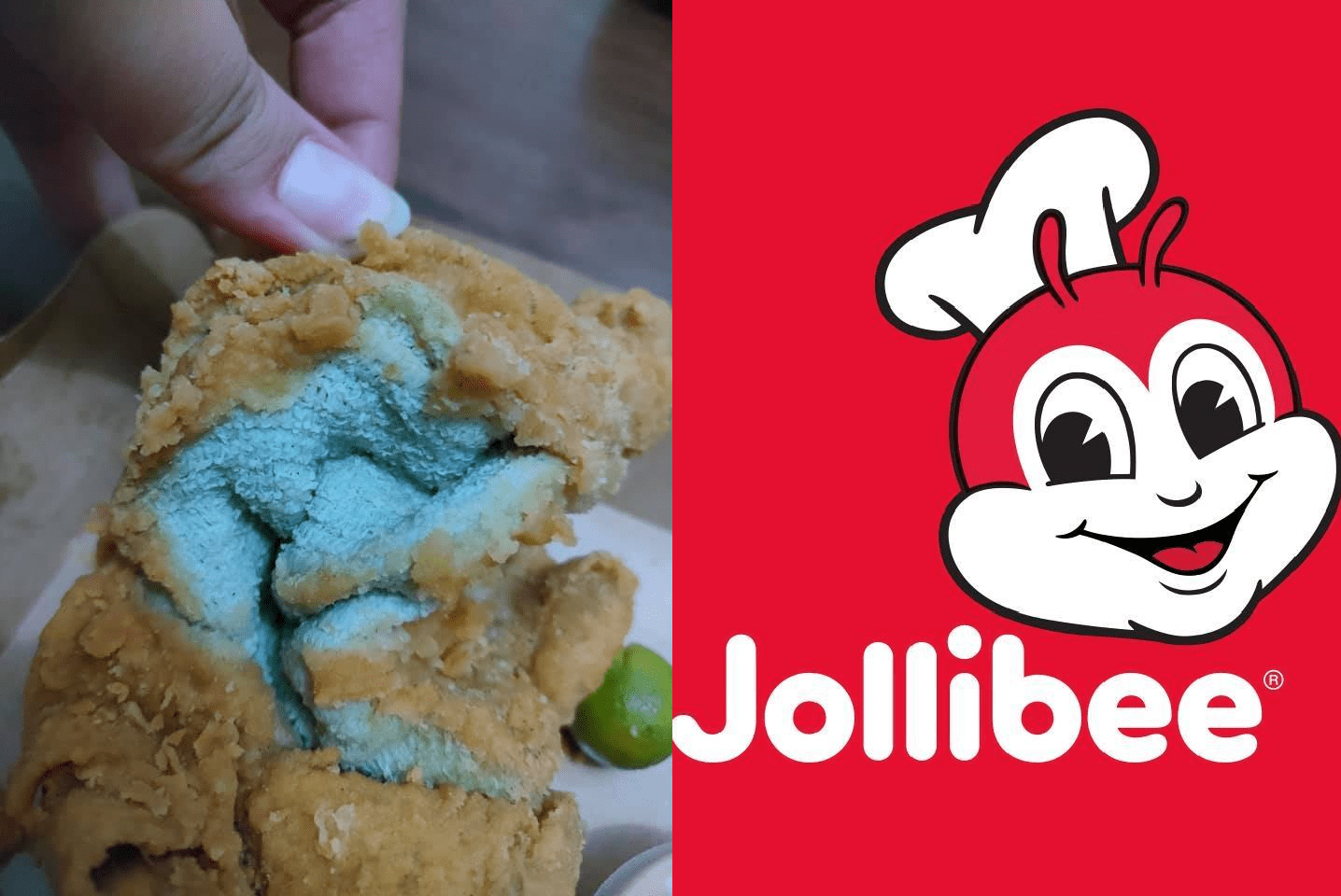 The bee has spoken — the fast-food giant has directed its Bonifacio Global City Stop Over branch to close for three days to “thoroughly review its compliance with procedures and retrain its store team.”

This follows the unsavory incident where the said branch served the now-notorious “Jolly Towel” — a cloth mistakenly battered and fried to look like the crispy, juicy, langhap-sarap chicken cutlet we’ve all grown to love.

Despite all the laughable memes it has spawned, the truth behind the case remains elusive, but it did happen, and the Internet is torn as to how it all went down.

Social media exploded on Tuesday when one Facebook user going by Alique Perez posted an unappetizing photo of herÂ Chickenjoy and Palabok Solo mealÂ she ordered from the Jollibee BGC Stop Over branch through GrabFood. As Perez was prepping the food for her son, she noticed that it was “super hard” to slice through, only to realize that it was a deep-fried towel all along.

“This is really disturbing… How the hell do you get the towel in the batter and even fry it!? Yung totoo?” Perez exclaimed in her post. “So disgusting and embarrassing… to think that you’re even branched in BGC. There’s a first for everything. And this has been the worst first!”

“Calming myself down for this… But WTH,” she added — “WTH” is perhaps a fair summary of all this.

Right after she posted the miserable meal, she contacted her GrabFood rider, who then reached out to the fast-food branch to report the incident. She was sent a replacement meal (which didn’t include any toiletry), but not before her post had gone off the rails.

As of writing, her Facebook rant has been shared over 84,000 times, and has earned over 94,000 reactions, most of which were sad and angry — and understandably so.

Jollibee swiftly issued a statement before the day ended. They said that they have launched a thorough investigation of the incident inside the franchise store and have ordered the branch to close for3 days to “thoroughly review its compliance with procedures and retrain its store team.” They also intend to remind all other stores to “ensure strict adherence to Jollibee’s food preparation systems.”

Though they didn’t explicitly take note of the deep-fried towel, they did cite that the “deviation from Jollibee’s standard food preparation procedures occurred on the part of a certain personnel of the store.” Yikes.

Now, we’ve all seen posts covering our worst fast-food nightmares — from fly eggs finding their way to our meals to caterpillars crawling around our veggie servings — but those could easily be unmindful lapses. How anyone with both eyes open could dip a towel in batter, fry it, then serve it to a customer is beyond us.