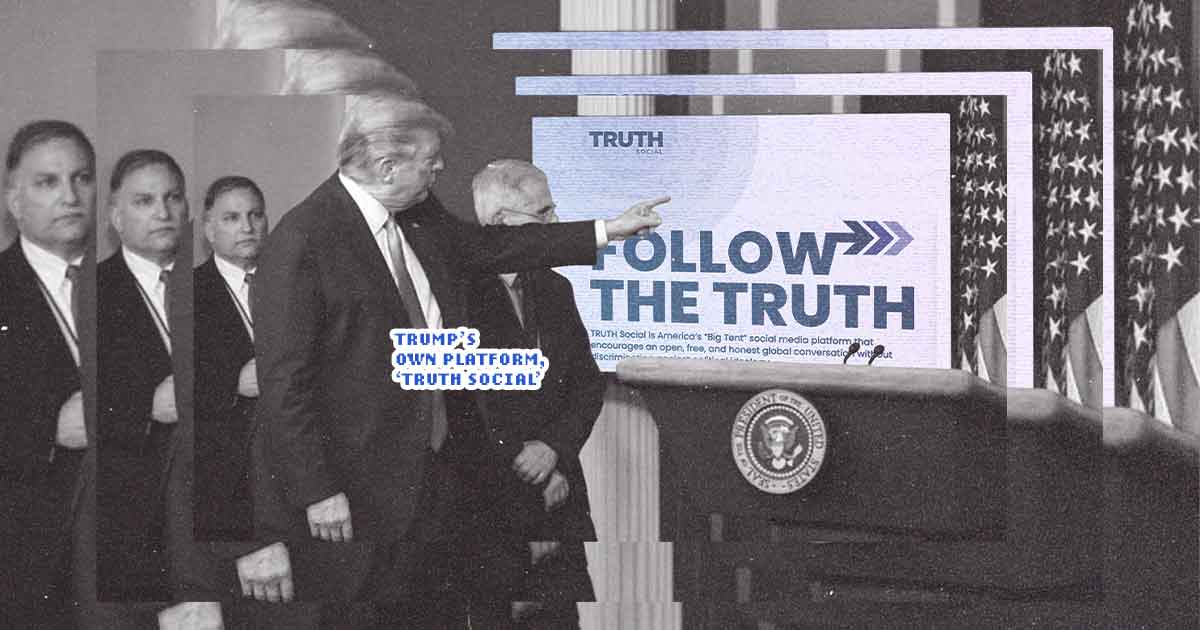 Almost a year after his not so gracious defeat against now-US President Joe Biden, former President Donald Trump is staging his comeback…on social media. Trump recently announced his plan to launch his own social networking platform called “TRUTH Social,” which is expected to begin its beta launch for “invited guests” next month.

Owned by Trump Media & Technology Group (TMTG), this social media platform has been in the works for months after Trump was banned on major social media sites such as Twitter and Facebook. In addition to TRUTH Social, Trump also intends to launch a subscription video-on-demand service that will feature “non-woke” entertainment programming, the group said in a statement.

“I created TRUTH Social and TMTG to stand up to the tyranny of Big Tech,” Trump, who was banned from Twitter and Facebook in the wake of the Capitol insurrection carried out by his supporters on January 6 this year, was quoted as saying in the statement.

“We live in a world where the Taliban has a huge presence on Twitter, yet your favorite American President has been silenced. This is unacceptable,” he continued.

“The transaction values Trump Media & Technology Group at an initial enterprise value of $875 Million, with a potential additional earnout of $825 Million in additional shares (at the valuation they are granted) for a cumulative valuation of up to $1.7 Billion depending on the performance of the stock price post-business combination,” a statement said.

Ever since he was banned on major social media sites, Trump has been looking for ways to reclaim his internet platform. In May he launched a blog called “From the Desk of Donald J. Trump,” which was touted as a major new outlet. However, he canceled the blog just a month after its launch. Much to say the least, this will be very interesting.