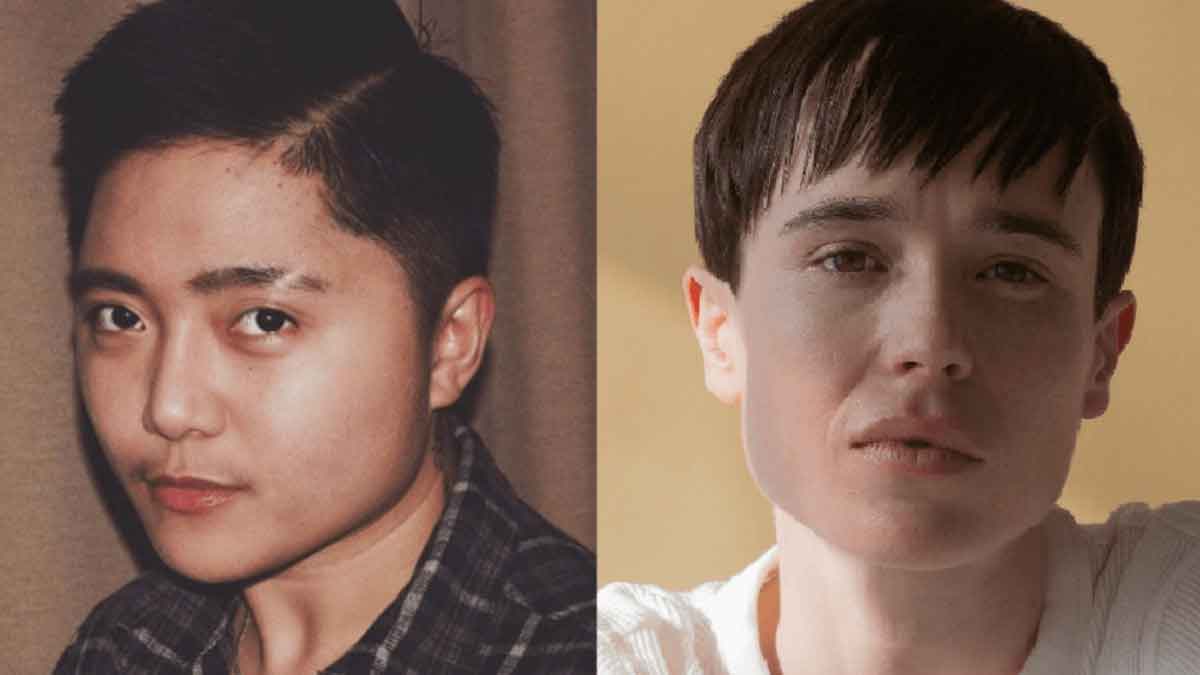 In June 2017, the entertainment world was shaken by the introduction of Jake Zyrus to the world. The Filipino singer marked his rebirth by erasing all traces of his past and remaking his legacy under a new name and identity. Though it has been many years since Zyrus first graced Glee, his love for singing remained the same.

In December 2020, Hollywood star Elliot Page shocked the world by embracing his true self and baring the details of his self-acceptance in a tell-all interview with Time magazine. In the process, he also made history by becoming the first trans man to grace the 98-year-old publication’s cover — another milestone in what has already been a momentous career for Page.

Despite a very deliberate move to take up space as their true selves, some continue to struggle to reconcile who they once were and who they choose to be. Some even outright refuse to recognize these personalities’ affirmations of who they truly are and still refer to them by the names given to them at birth.

This is what’s referred to as ”deadnaming.” This occurs when someone, on purpose or not, refers to a transgender person by the name they used before they transitioned.

In a country that’s wildly engrossed in the entertainment industry, most of the time, you are only as good as the person you were when you first came into everyone else’s consciousness. This often leads to Filipinos clinging to an identity that doesn’t represent your ethos anymore. Filipina actress BB Gandanghari is still repeatedly referred to by her given name, and fans, mistaking it for genuine sentiment, would claim that they miss Jake Zyrus’ old self.

How is deadnaming harmful to transgender folks?

Sure, missing someone can be taken as sweet, but when pertaining to a transgender person’s non-affirmed identity, can sound invalidating — and you wouldn’t want to pass on that feeling to someone you truly care for, right?

“Invalidating,” in this case, means that it causes them to feel like you don’t respect their identity, you don’t support their decisions, or you don’t want to pitch in the effort to adjust to their affirmed self.

The issue becomes doubly difficult to confront in the case of Zyrus, Gandanghari, or Page, who are already popular prior to their transition. Often, we feel using phrases like “formerly known as” to refer to the person in their past works, but this still comes to the same less-than-kind conclusion.

“[Deadnaming] insists that trans people aren’t who we say we are. It is a way of policing trans communities and reminding us that we don’t even get the space to self-determine our own identities,” Jacq Hixson-Vulpe, senior consultant at The 519, a Toronto-based organization that supports LGBTQ2S communities, says. “A name isn’t just a neutral information that someone used to go by, it is a way of enacting violence on trans people and our identities.”

Do all trans people disapprove of deadnaming?

While deadnaming is a disparaging practice, a negative reaction isn’t a blanket response. As it goes, every trans person’s experience is unique, and thus their social dynamics are too. The key, then, is the context: let the individual dictate how they want their new and old names to be used, and by whom.

Maybe a transgender person would permit close friends and families to still use their given name to help facilitate an easier transition, and that’s fine. Maybe the same would want everyone around them to exclusively use their affirmed name, and that’s fine too.

If it gets confusing, avoid over-complicating it and try the simple solution of merely yet mindfully asking their preference.

What should I do if I deadname someone?

While deadnaming does happen often as an accident, it’s important that you still assume accountability and apologize sincerely for the slip-up.

Sometimes, people tend to present their principles against those of a transgender person when acknowledging their act of deadnaming. Just know that you don’t have to explain everything — just apologize, let them feel what they would feel, and move on. Fleshing out your reasons further only takes too much time and space, and can only make it more frustrating for the person you wronged.

And most importantly, exert the effort to be enlightened. Changed behavior is always the best form of apology. By unlearning our toxic behavior of clinging to who someone used to be, we’re already doing transgender folks a huge favor.

Once you’re confident you wouldn’t do it again, tell a friend about it. Become an ally — both in public and in private — so that trans people wouldn’t feel like the responsibility of education is upon them alone.

This is how we create safe spaces. And this is where the Filipinos’ profound belief in the bayanihan — more than our tendency for rude idolatry — should come into play.